Grenada: St George’s in the 90s

Grenada was virtually an unknown country to me before I went to uni in the USA in the 80s. Then, two things made me aware of the tiny Caribbean country. One: many of my American fellow pre-med students planned to do their post-graduate studies at the medical school in Grenada, (while I decided not to go to any medical school at all – and changed fields to economics instead).

And two: Ronald Reagan was worried about Grenada’s pro-communist government and Cuban connections, and decided to invade the little island nation in what was secretly known as Operation Urgent Fury. Queen Elizabeth was none too pleased. Neither was the UN. The General Assembly deeply deplored the armed intervention in Grenada, calling it a flagrant violation of international law.

I sailed to Grenada in the early 90s and remember a green, verdant island full of spice. I also remember being slightly concerned about two guys we hired to take us around the island who giggled like little girls whenever they heard the Norwegian word for nutmeg. Muskat isn’t that funny a word, but then they were both high as kites.

Grenada rarely makes the headlines here in Europe. In fact, I only remember hearing about it twice in the last ten or fifteen years: when Hurricane Ivan hit the island in 2004, and when Grenada co-hosted the World Cricket Cup in 2007. (Though why I remember anything about cricket is weird in itself). 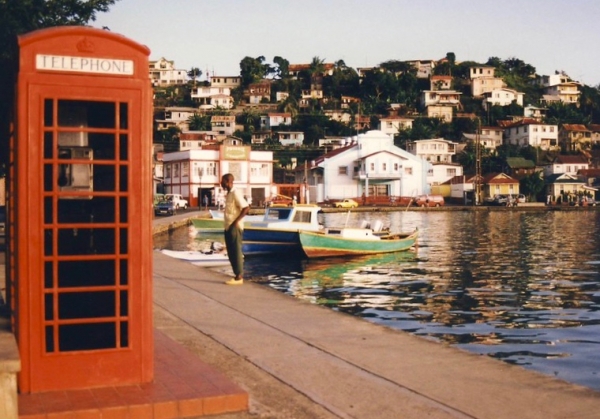 Have you been in Grenada?