Ah, St Moritz. The name brings to mind a gorgeous summer holiday in Torquay. I was 16 and he was tall, blond, a little shy and had the most beautiful smile. I’ll call him Hanspeter, because that was his name. When business took me to St Moritz one September day a few years ago, well, for a brief second, I considered looking him up. Then I realized I didn’t know his surname – I’d never bothered to ask. What can I say… it was summer, we were kids…

My first view of St. Moritz and the Engadin Valley was jagged, alpine peaks kissing the clear sky, larches in golden autumn colours, the sun sparkling off the water in the deep-blue St. Moritzsee. Here and there, a house clung precariously to a cliff. Only Swiss and Norwegians would choose to live in such splendid isolation. 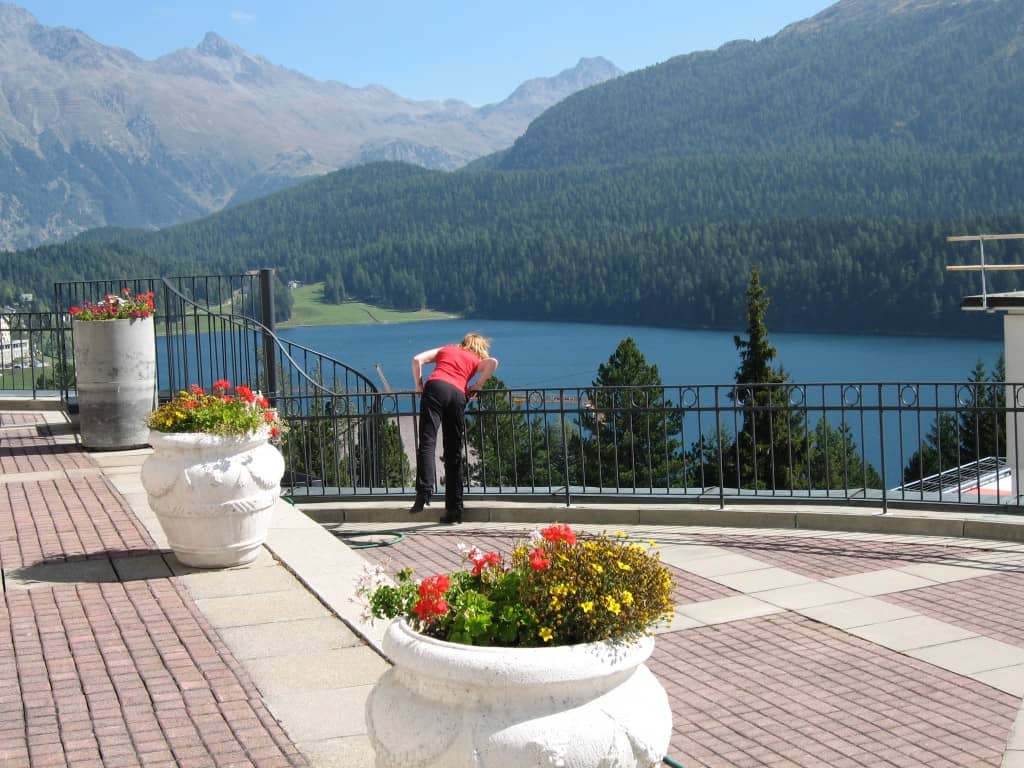 On the other hand, St Moritz is marketed as ‘prestigious, world famous, chic, elegant and exclusive’. It’s a ‘playground for movie stars and royalty’, it has a ‘pronounced cosmopolitan ambience’ and – my favourite – ‘a champagne climate more tonic than anywhere else’. Even the name St Moritz is copyrighted.

The town is divided in two. Up in the hills is St Moritz-Dorf – everyone’s image of this swanky resort – full of chalets, hotels, boutiques and the odd souvenir shop. Down by the lakeshore, St Moritz-Bad is another story – full of concrete blocks of flats and sports halls. One wonders what those architects have been thinking. Surrounded by nature at its most stunning, one would expect, … well, something a bit different, perhaps. 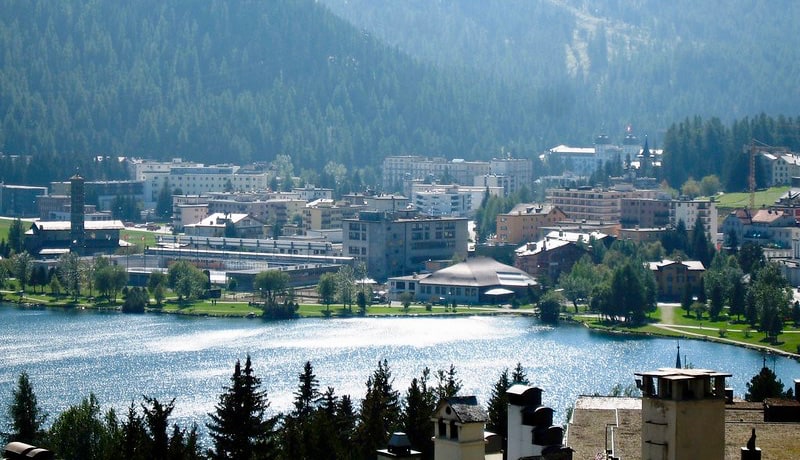 I like you, St Moritz. I do. As towns go, you’re perhaps not that remarkable, but your setting more than makes up for it.

Quirky fact: Dorf and Bad are connected by a series of escalators through St Moritz Design Gallery. I suppose this Alpine town must get its share of tourists, here for Prada and Patek Philippe rather than the skiing. 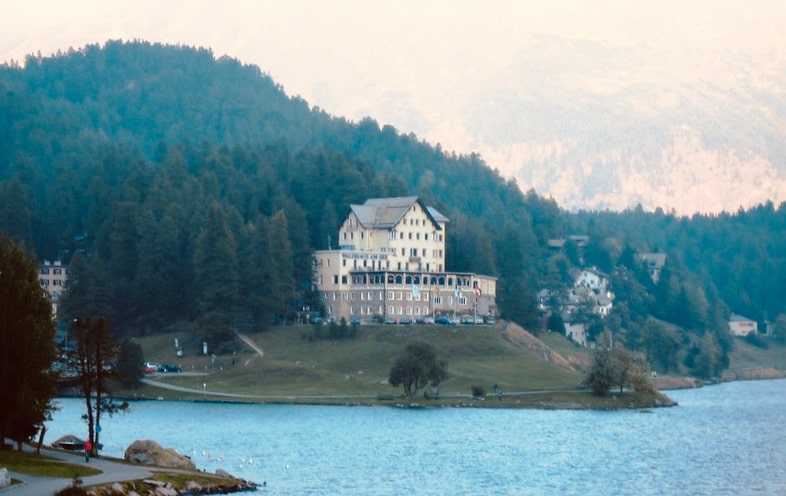 Passing through the gallery and looking at posters showing scenes from St Moritz at the turn of the century, I yearn to visit St Moritz of the early 1900s. Where, oh where is that time machine? (Perhaps a brief detour to that lovely English summer and exchange surnames…)

What to do in St Moritz in September:

This is off-season. Many resorts and shops are closed – but everything will be back in business in early December, including the flashy Badrutt’s Palace Hotel from 1896. Now you know. 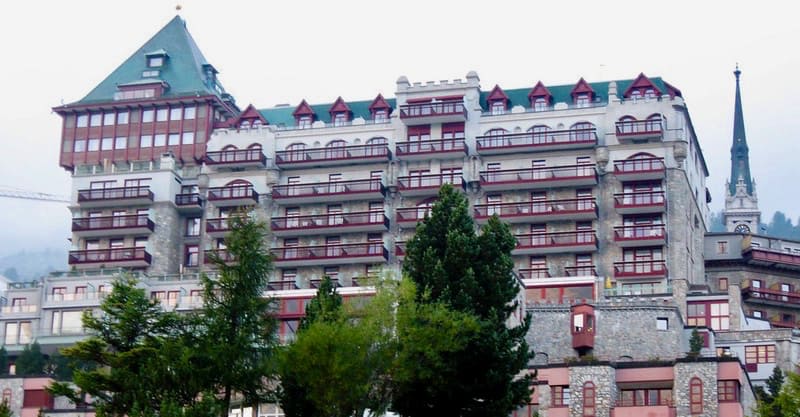 Summing up, here’s my quick take on St Moritz: