Gori: birthplace of the world’s most infamous dictator (Day out Tbilisi)

Looks innocent enough, doesn’t he, young Iosif Vissarionovich Dzhugashvili? What could this rather dashing 20-something possibly have on his conscience?

At the time of this portrait, probably not much else than the odd bank robbery. Give him a few years, however… 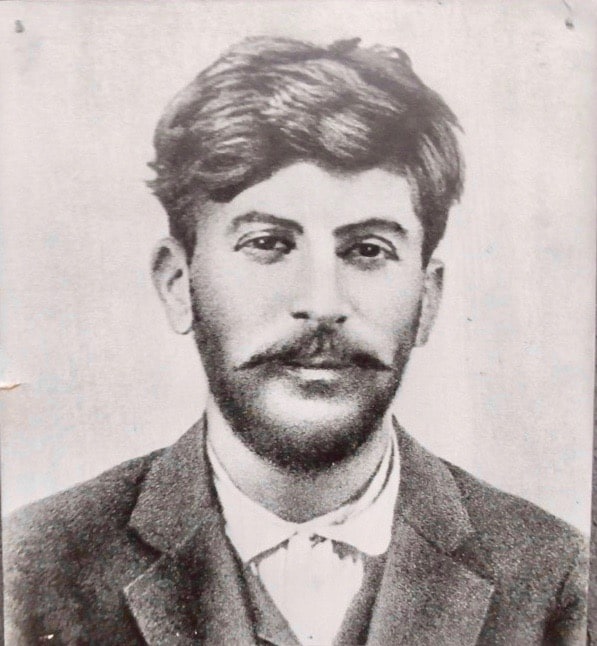 Earlier, I mentioned visiting the home country of the world’s most infamous dictator. It took five years – and a return to Georgia – to finally visit his birthplace.

‘Who,’ I hear you ask? Or perhaps you aren’t asking, because you are well aware indeed, that Iosif is the man who sent his peeps – millions of them – to death and desperation in the Glavnoye Upravleniye Lagerej, handily abbreviated to Gulag. Iosif, you say, is Joseph. Joseph Stalin. 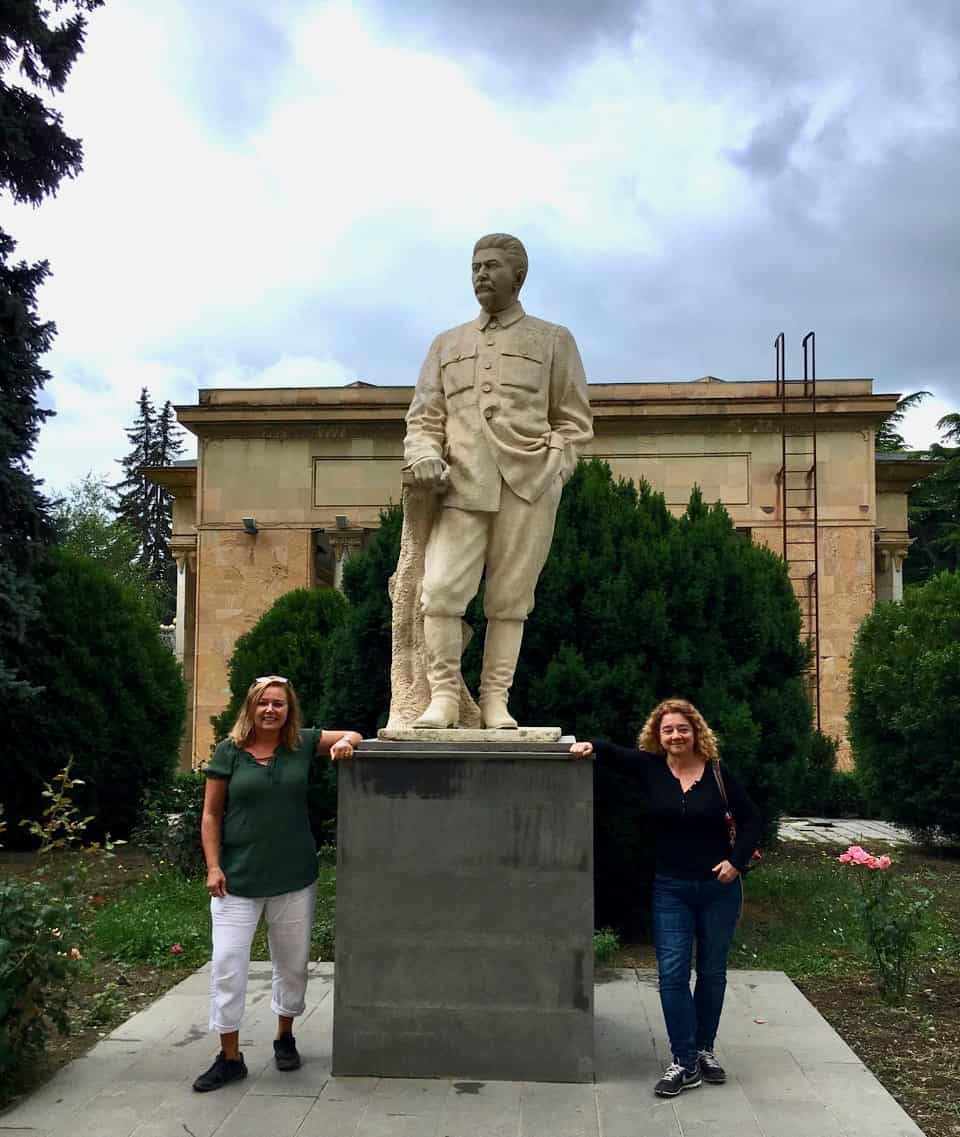 Joe and us, dictator stance.

Little Iosif was born and grew up in Gori, and is still remembered here. Remembered with a solid dose of nostalgia, and a side dish of pride. How else do you explain that his birthplace has been turned into a museum revering the man? That hardly a mention is made of the fact that he was responsible for the extermination of millions?

Entering this palazzo, we arrive in a hallway, then climb a red-carpeted stairway, where marble Joseph awaits us… 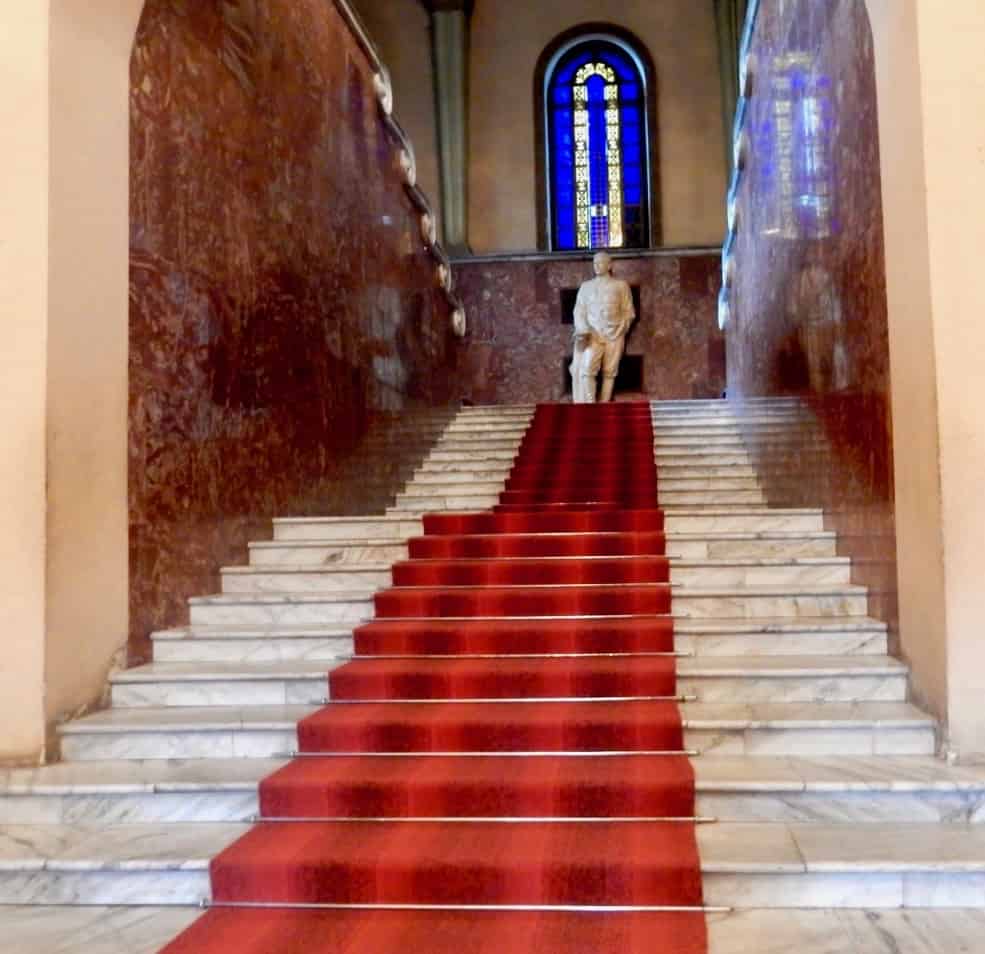 …before we continue on to Joseph on carpets, Joseph on rugs, Joseph in paintings, hugging children in a most fatherly manner. 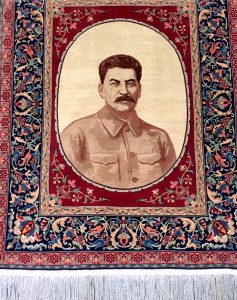 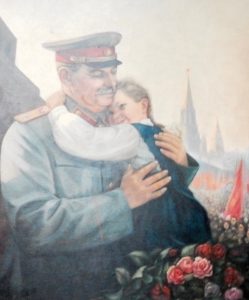 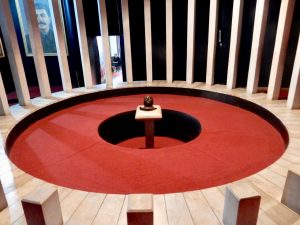 There’s Joseph with Vladimir, Chairman of the Council of People’s Commissars of the Soviet Union (try saying that five times fast), and with his ill-fated colleague Leon Trotsky, whom he finally managed to assassinate in 1940, after several near misses.

There’s Joseph with Winston and Franklin at the Yalta Conference following World War II, deciding the fate of devastated Europe. (Must admit I rather prefer the meeting’s somewhat pretentious code name, the Argonaut Conference).

And do you know how he travelled to Yalta? In this armoured baby: 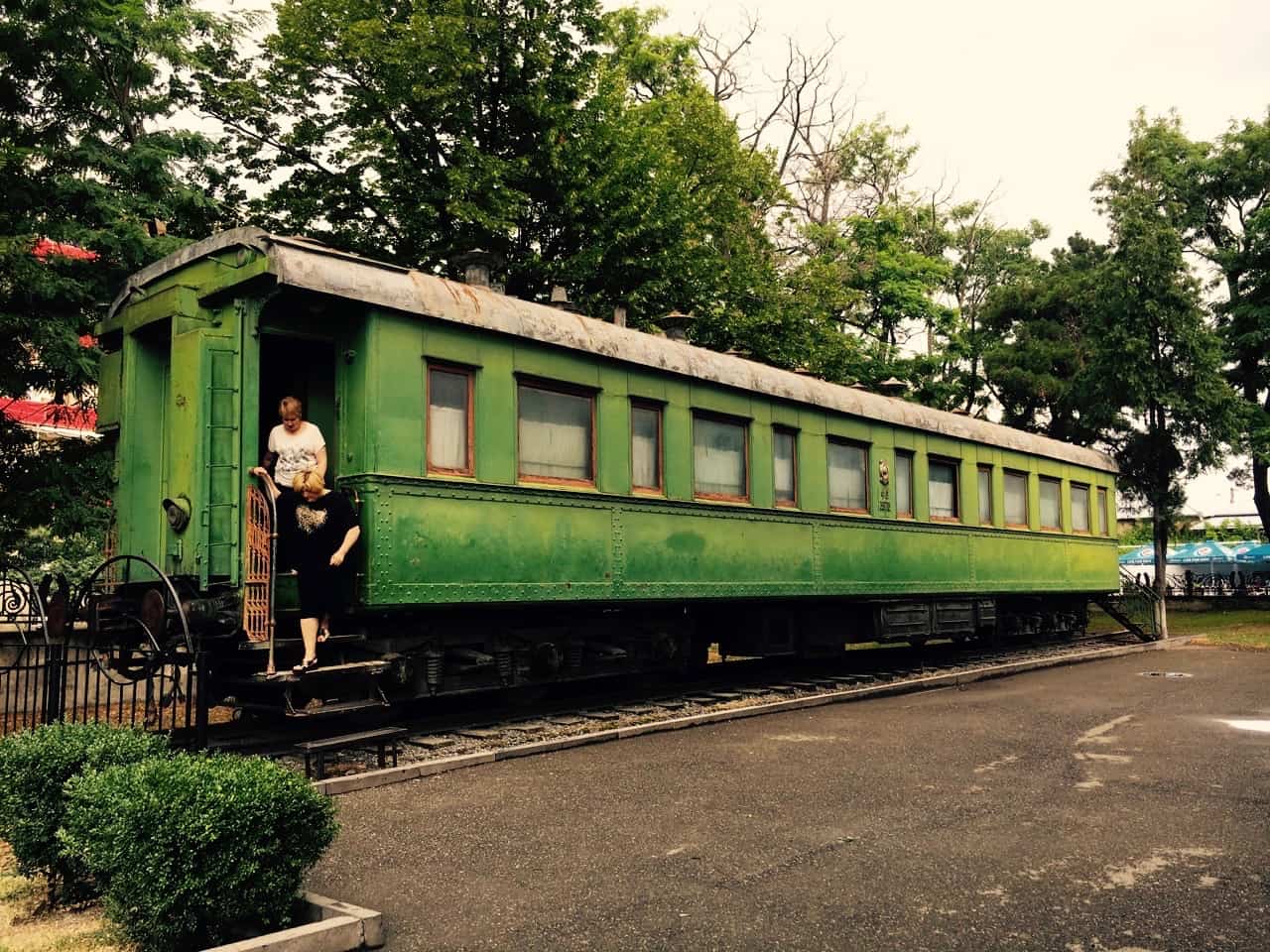 In the museum garden, you can walk through his personal railway carriage and have a look.

Interestingly, Georgian authorities tried to reinvent the Stalin Museum into a Stalinism Museum. For a while, a sign outside proclaimed that this museum was a falsification of history, and plans were underfoot to rename this shrine to a despot the Museum of Russian aggression. No go, said the locals, and the municipal assembly of Gori voted to keep it as was.

A fellow traveller we meet up with in Georgia, comments that a similar homage to Hitler in Braunau am Inn would be unthinkable. It’s a fair comparison, I think. In front of Adolf’s birthplace is a memorial stone honouring the victims of Nazi aggression.

While you’re in Gori

Gori is relatively easy to cover on foot. Have a look at the medieval Gori Fortress while you’re there, not least for the views. The 13th century stronghold up on the hill is visible from most places in town. 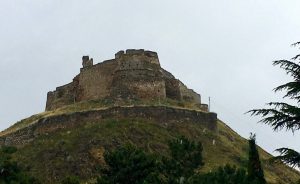 Then hop in a taxi to the ancient rock town Uplistsikhe with its caves, temples and small churches. Once a political and religious pre-Christian centre, today Uplistsikhe is abandoned. A walk through this unusual landscape is well worth the detour. 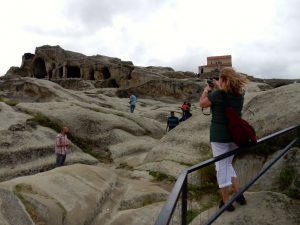 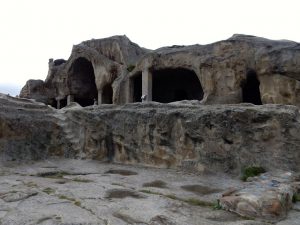 View from the rock-hewn town