Recently, a friend of mine was on a plane hit by lightning. Seemed scary enough, but the pilot had quickly explained very calmly that it was nothing to worry about. A bit later the plane landed safely. Most of my stories of flying have been more funny than scary. And whenever I’m bored, I snap pictures from above. 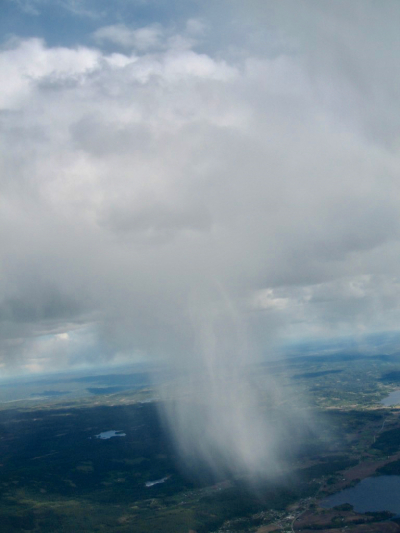 In just a few hours, we’re off to the USA. I haven’t been there for nearly 20 years. In the 80s I frequently flew trans-Atlantic and I do remember a few stalls. (Or at least that’s what I think it’s called when the plane drops a few hundred metres, leaving your stomach up there). This was during my uni days; back then I thought it was thrilling. Today, I imagine I would have freaked out a little. 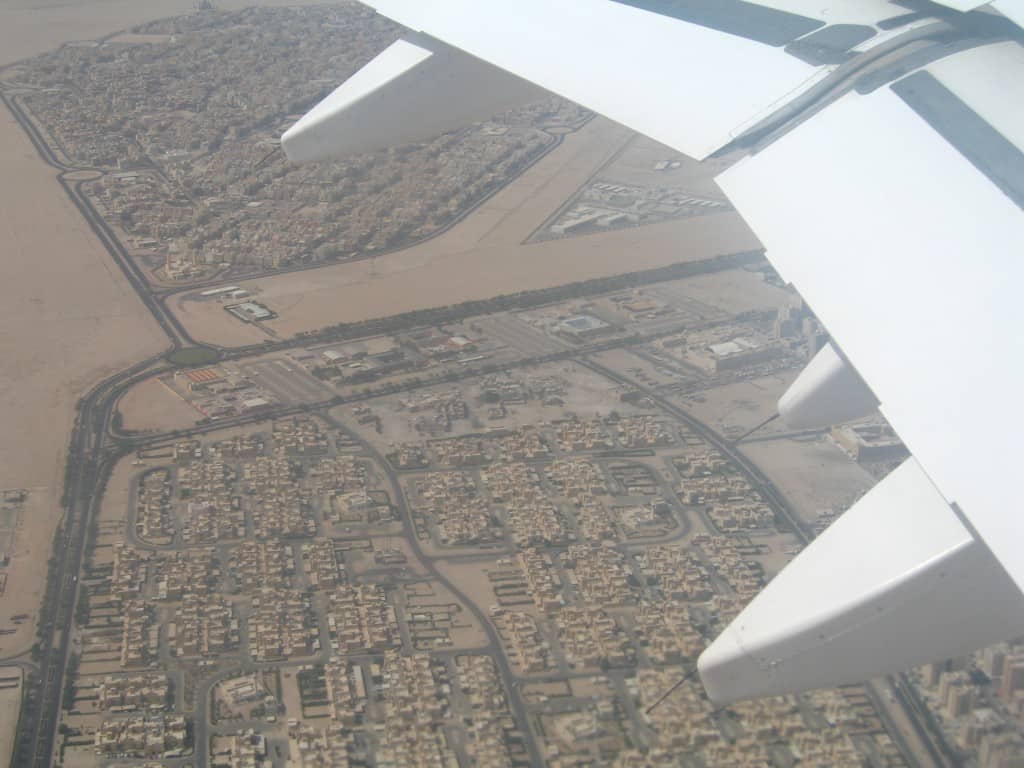 In the 90s, I had several meetings in Norway’s beautiful Valdres Valley. The Oslo – Fagernes route was operated by Coast Air, a small airline operating Twin Otter air craft. More often than not, the flight was cancelled due to bad weather conditions. Only once was I actually able to fly. The rest of the time the airline had to pay for a taxi to drive me the 200 kilometres. Back then, the stunningly located Fagernes airport saw only a few flights a week, mostly chartered, bringing in ski tourists from the continent. The little airport is locally known as The Heavenly Peace Square (like Beijing’s Tiananmen Square). 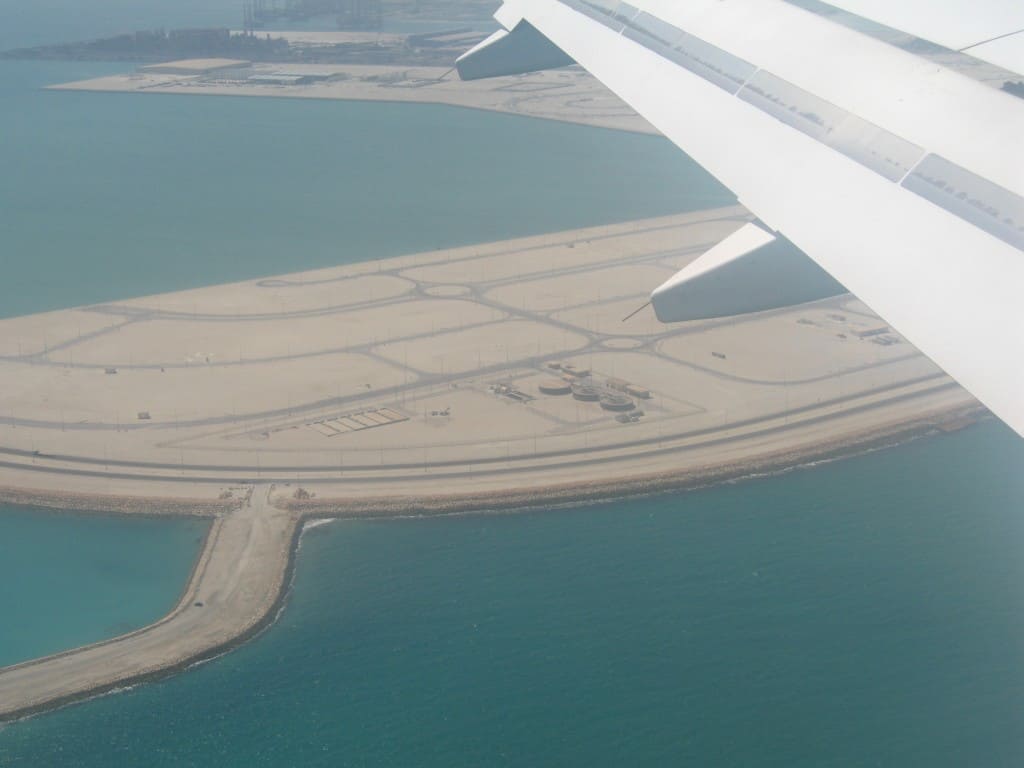 In 2000, on a flight to Alta in Northern Norway, the cheeky pilot announced that as the weather was absolutely gorgeous, he would “do a visual”. Down we went, practically touching the mountain sides along the way. I thought it was a thrilling ride, but the woman next to me didn’t agree. Afraid of flying even in normal circumstances, she asked to put her head on my shoulder although we were total strangers. Amazingly, she told me afterwards she frequently operated small boats in stormy weather off the rough weather-beaten coast of Finnmark; rationally speaking, much more dangerous than flying. Nothing rational about her fear of flying, she agreed. 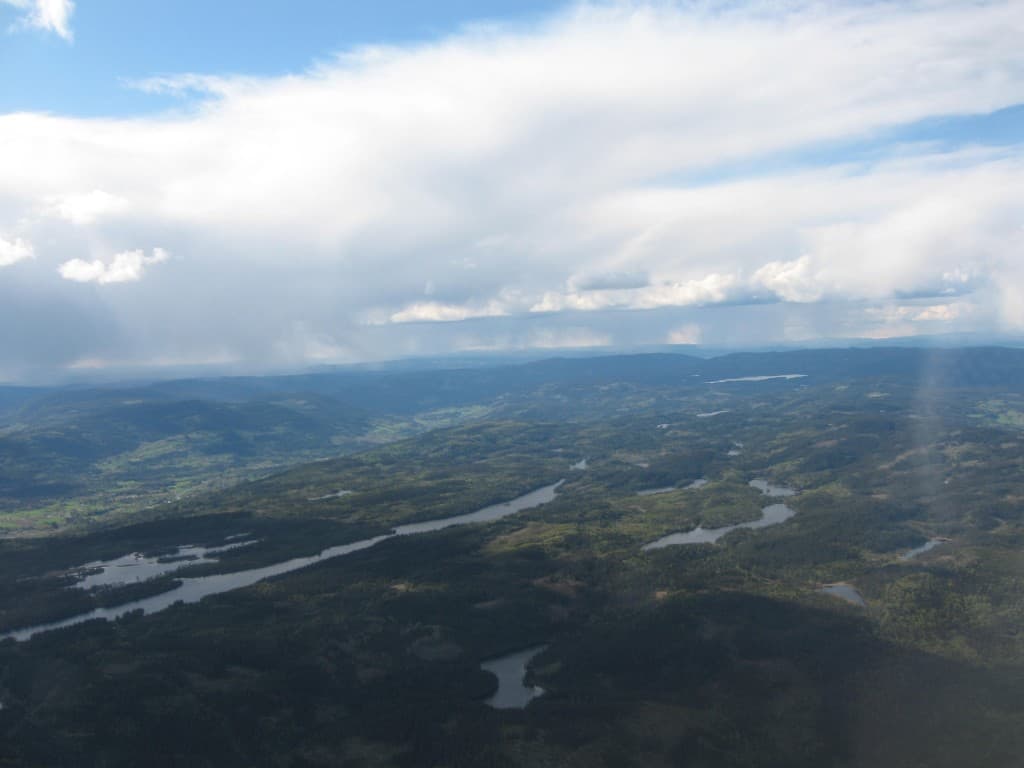 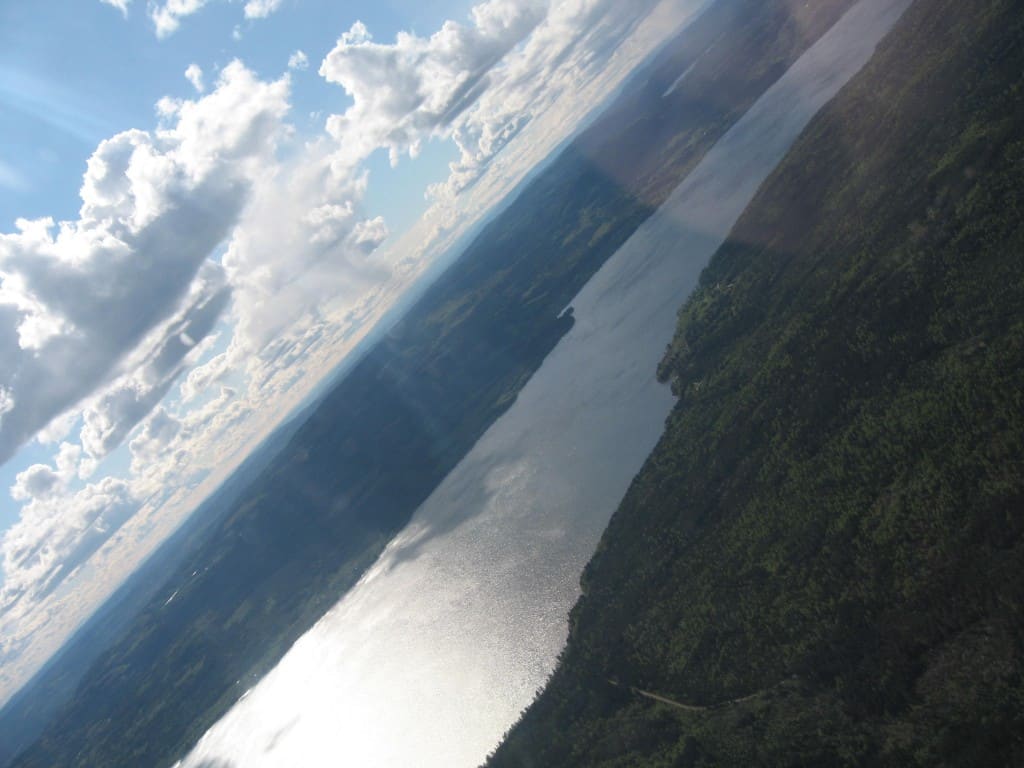 On a cold, wintry December morning in 2006, I was off to explore a few Central European Christmas markets for an article assignment. The Norwegian Air Shuttle flight had almost touched ground on Ferigehy airport in Budapest, when the pilot suddenly turned the nose back up. A certain unease seemed to spread among the passengers; nothing more than a murmur of voices, mind you. That, and a feeling of people holding their breath. Or perhaps it was just me. The fog was thick as pea soup, visibility was practically nil and the pilot had to abort the landing. A somewhat sinister expression, that, don’t you think? Fortunately, he was very good. After being redirected to enter from another direction, he landed the plane successfully. The thrill of the ride wasn’t over, however. As we had landed far from the gate we had been allocated, we had to cruise through most of the airport without being able to see anything. Only a few centimetres above ground was clear. I tried not to think about how surprisingly many plane accidents occur on the ground – most notably the largest one ever, when two 747s crashed on the ground in Tenerife in the Canary Islands in 1977. Once we were at the gate, sighs of relief could be heard thoughout the plane. 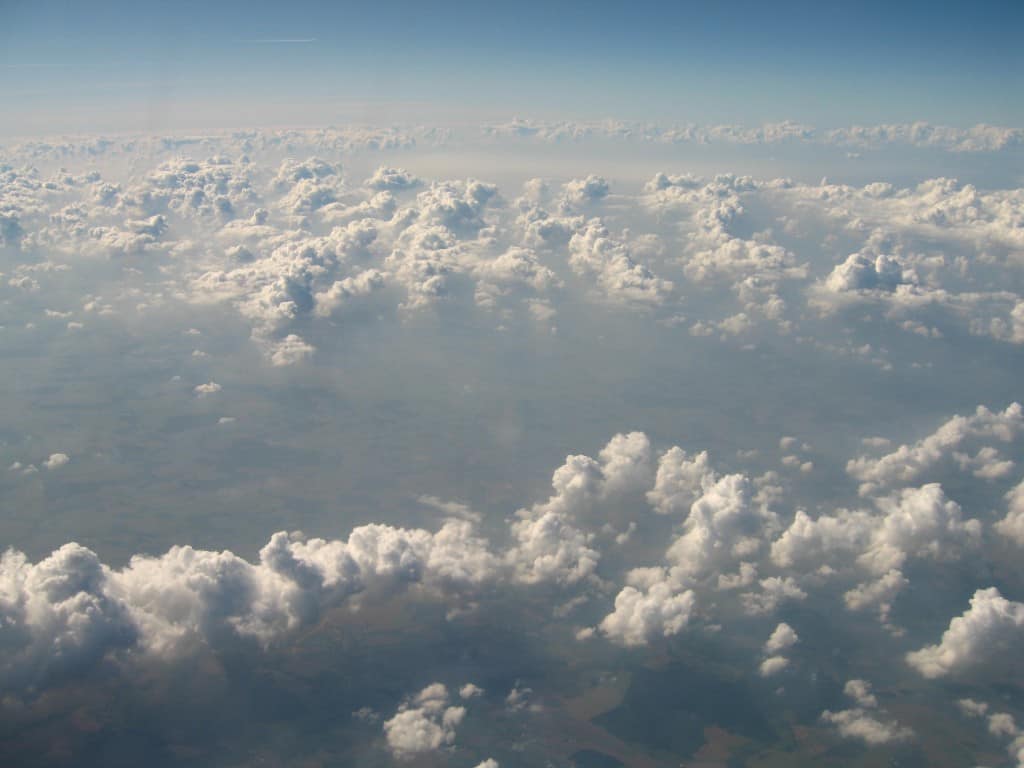 Stories of flying – in Africa

In November 1993, I flew Alitalia from Rome to Johannesburg and the male flight attendants sang opera for much of the flight. It was terrific! 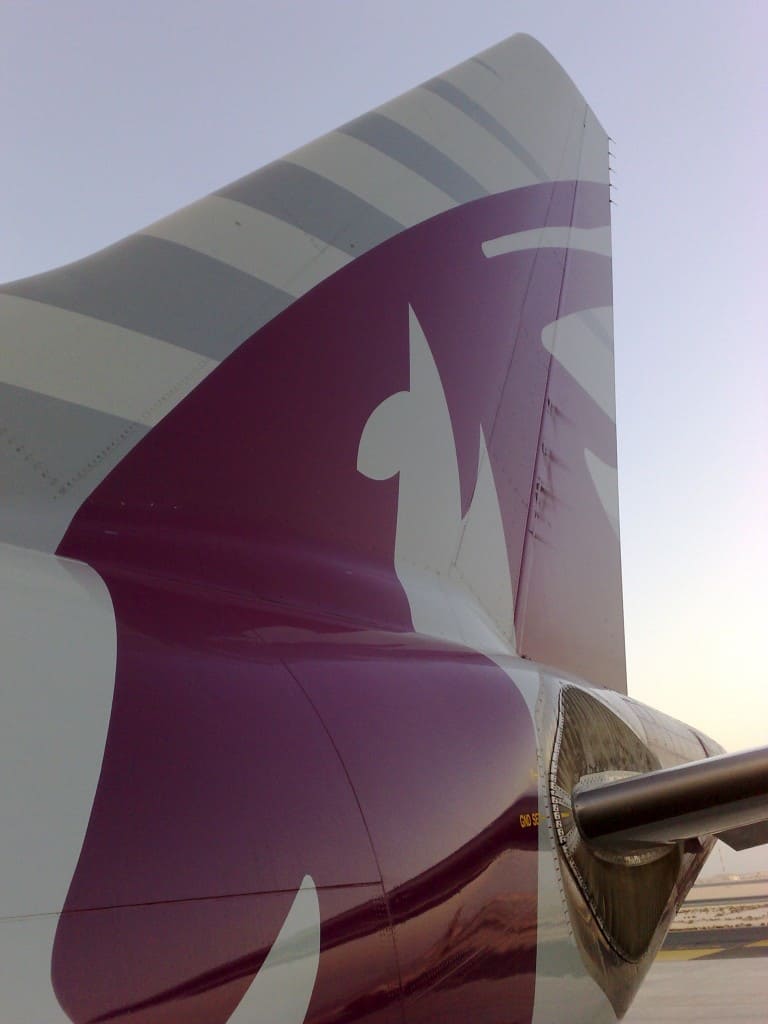 Qatar Airways, on the tarmac in Doha

A few days later, the captain on a South African Airways flight announced a competition: whoever came closest to guessing our distance could sit in the cockpit for the landing. Sadly, I wasn’t the one who got to see Bulawayo airport from the flight deck. Probably won’t get a chance like that again, either. Not many airlines allow passengers in the cockpit these days, I expect.

Five years later, I was flying with Sabin Air, a small private Mozambique airline. On the way from Manzini in Swaziland, we flew through a thunder storm in a small Embraer aircraft. The only passengers were three American business men and myself, all of us white-knuckled from holding on for dear life. When we landed safely in Maputo, the men laughed and slapped each others’ backs. The pilot had been cool and collected during the whole flight; not a drop of sweat to be seen. Even after we landed, his shirt looked like it had been freshly starched. I just googled Sabin Air and it seems to still be operating. Looks like the airline has only experienced one accident – in February 2000, with only one ground fatality. 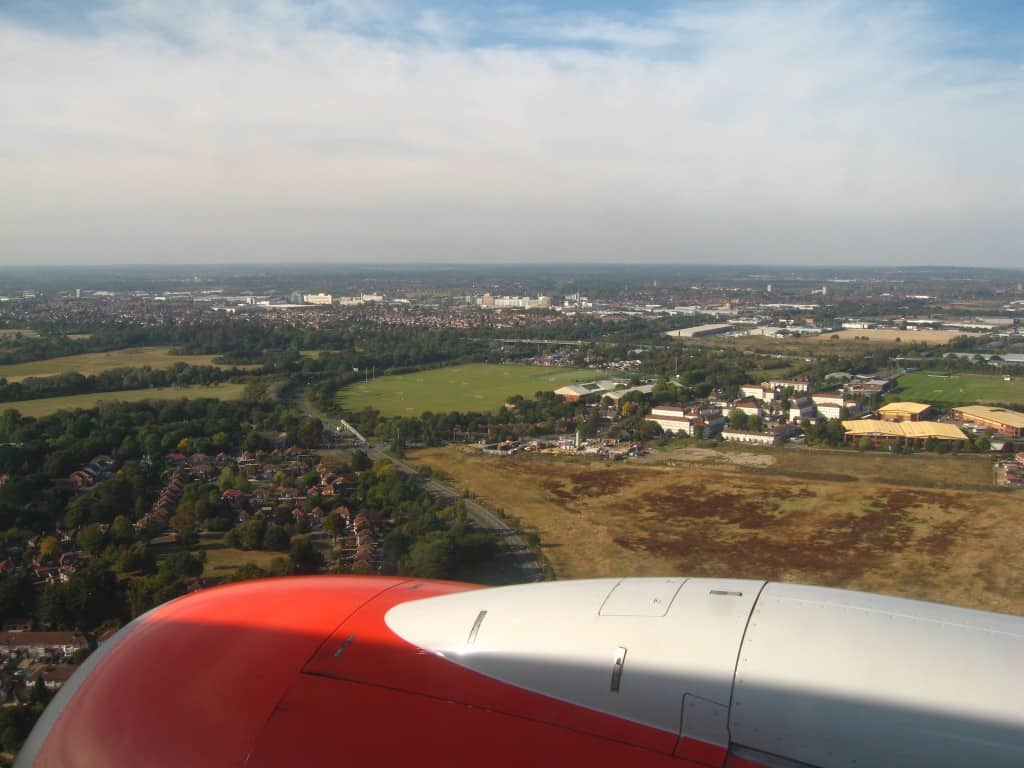 I’ve flown around most of the world – almost. Not in one go, but when added up. So have my daughters. A trip between somewhere west in the Americas and Samoa, and we’ve completed the loop. Hours and hours above the vast Pacific, however – slightly spine-tingling. But that trans-Pacific flight will happen in not too remote a future. Tahiti, Easter Island, Tuvalu, even the not-so-accessible Pitcairn: you’re all on my list. 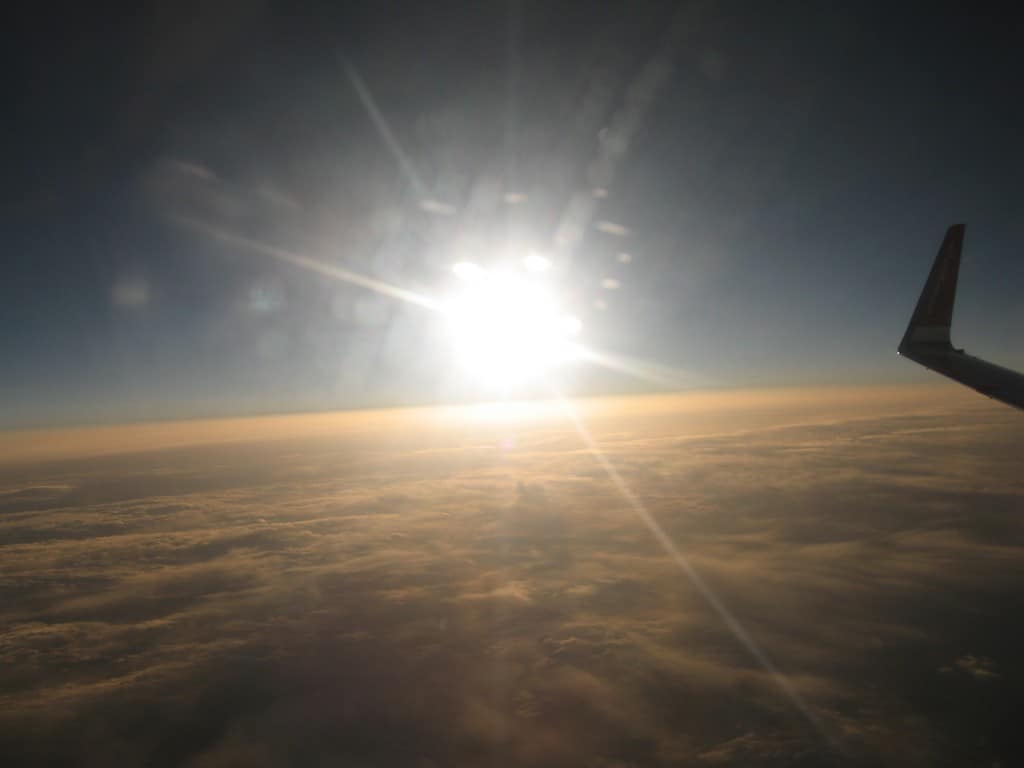 Sunset over the Caucasus Mountains