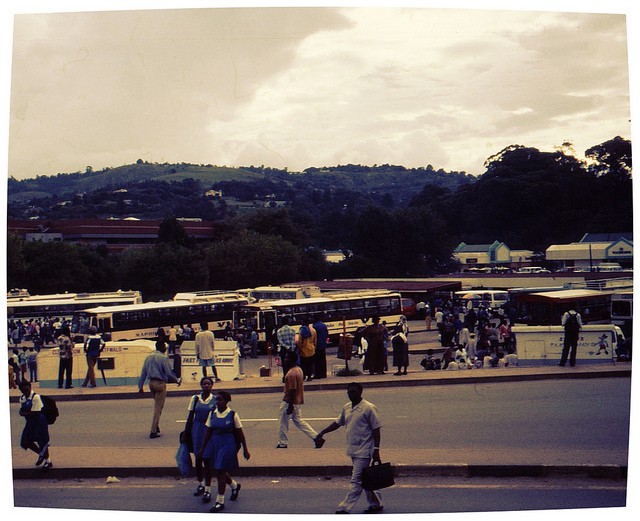 The quality and style of this photo might indicate it’s ancient. But no, it’s merely old(ish) – and simply a scanned version of a slide (remember those?) from the very last bits of the 20th century. I’ve been playing with a new pocket-sized scanner that promises to transform old slides into hyper-modern jpgs.

Hm… maybe not so hyper-modern. Anyway, I’ve dug out some slides from a journey around the southern parts of Africa in the late 90s. This particular photo is from Manzini in Swaziland. Even though it isn’t very good, I thought I’d post it here because it made me smile as only Africa can, and, you know, because I can.

Meanwhile, I’ve gone fishing. No, not really. As this is published, I’m not in Africa at all. Instead, I’m in one of the world’s curious countries; a very, very curious land indeed. One that I won’t even mention… until I’m out. Back soon.

A little less silent Sunday today. Hope yours is a good one, wherever you are. In fact…

where in the world are you right now?