A day at the lake in Beijing (Day out) 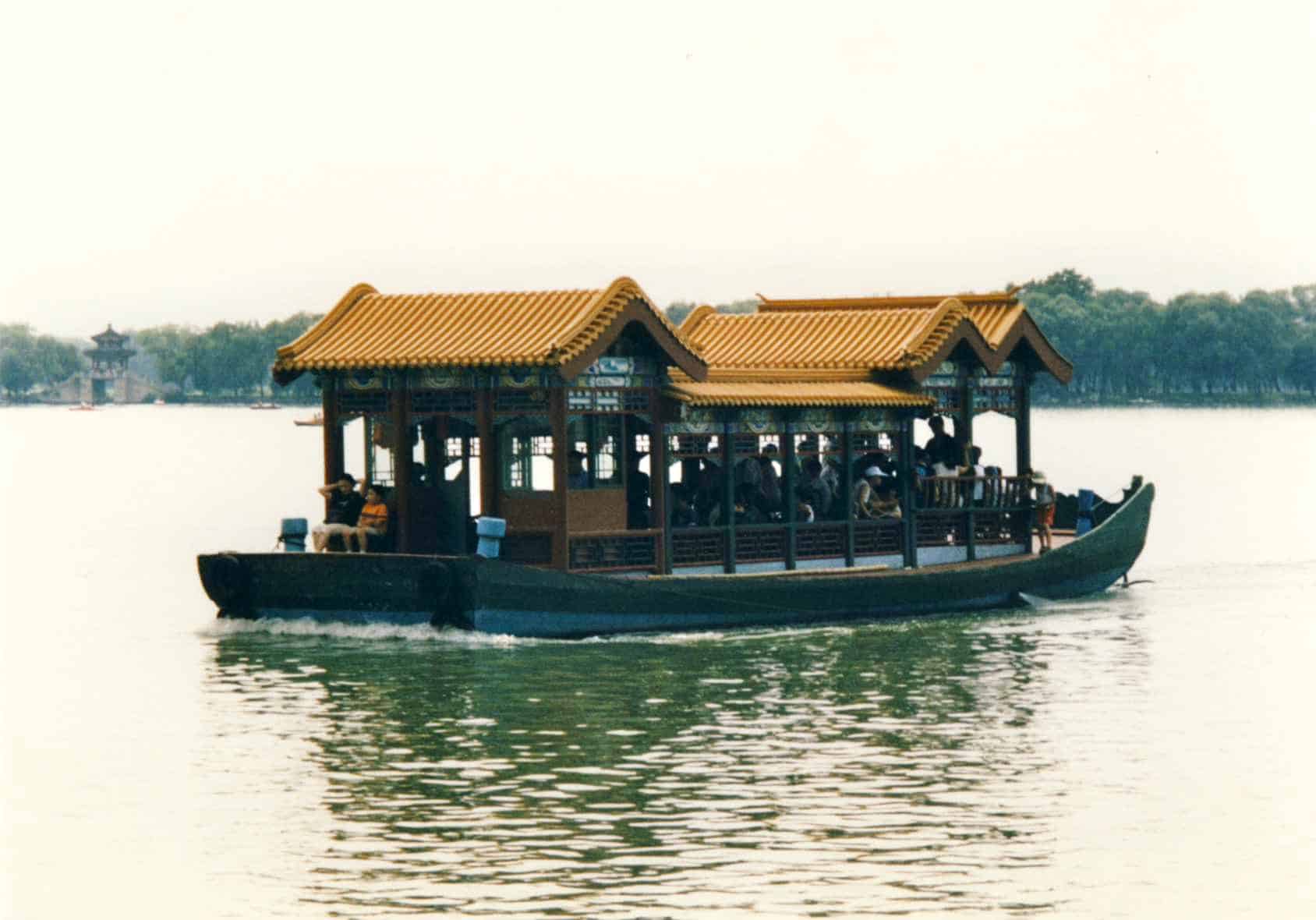 In 2002, Alex and I went to China to bring home our new daughter/sister. While waiting for all the paperwork to be finalised, we passed the time, about a week all in all, having a closer look at Beijing and surrounds. Luckily Cat was – and still is – an easy-going child. On the other hand, she was – and still is – none too keen on temperatures above 30. Beijing in July is truly stifling, so a day out was just the thing.

When Chinese royalty wanted to get away from the oppressive summer heat of the city, the Summer Palace was their sanctuary. Way out in the countryside.

As Beijing, and not least Beijing’s traffic, has expanded, this is no longer the countryside, but rather an area between Beijing’s fourth and fifth ring road. Even so, it felt much more pleasant than the city centre.

Despite the name, the Summer Palace isn’t just a palace, but also temples, halls, bridges, pavilions and vast landscaped gardens. As holiday homes go, this one is quite substantial, covering 3 sq km around the pretty Kunming Lake and Longevity Hill.

Already in the 1100s, when Emperor Hailing Wang of the Jin Dynasty moved his capital to Yanjing (present-day Beijing), he had a palace built on Longevity Hill. Yet the Summer Palace as we know it today was built as late as 1750, only to be destroyed by warfare. Luckily for us, the charismatic Dowager Empress Cixi, who had ruled on behalf of her 6-year-old son, retired to the Summer Palace in 1888.

Although, ‘retire’ might not be the right word. She continued to be head of the royal household and was a powerful woman indeed. In fact, she nabbed 3 million taels of silver from the navy (which, if I’ve calculated correctly, should be about 44 million USD today) deciding the money was better spent on fixing up her retirement home. If she hadn’t, we might not be walking in these magnificent gardens today. On the other hand, in 1894, China was defeated in the first Sino-Japanese War. 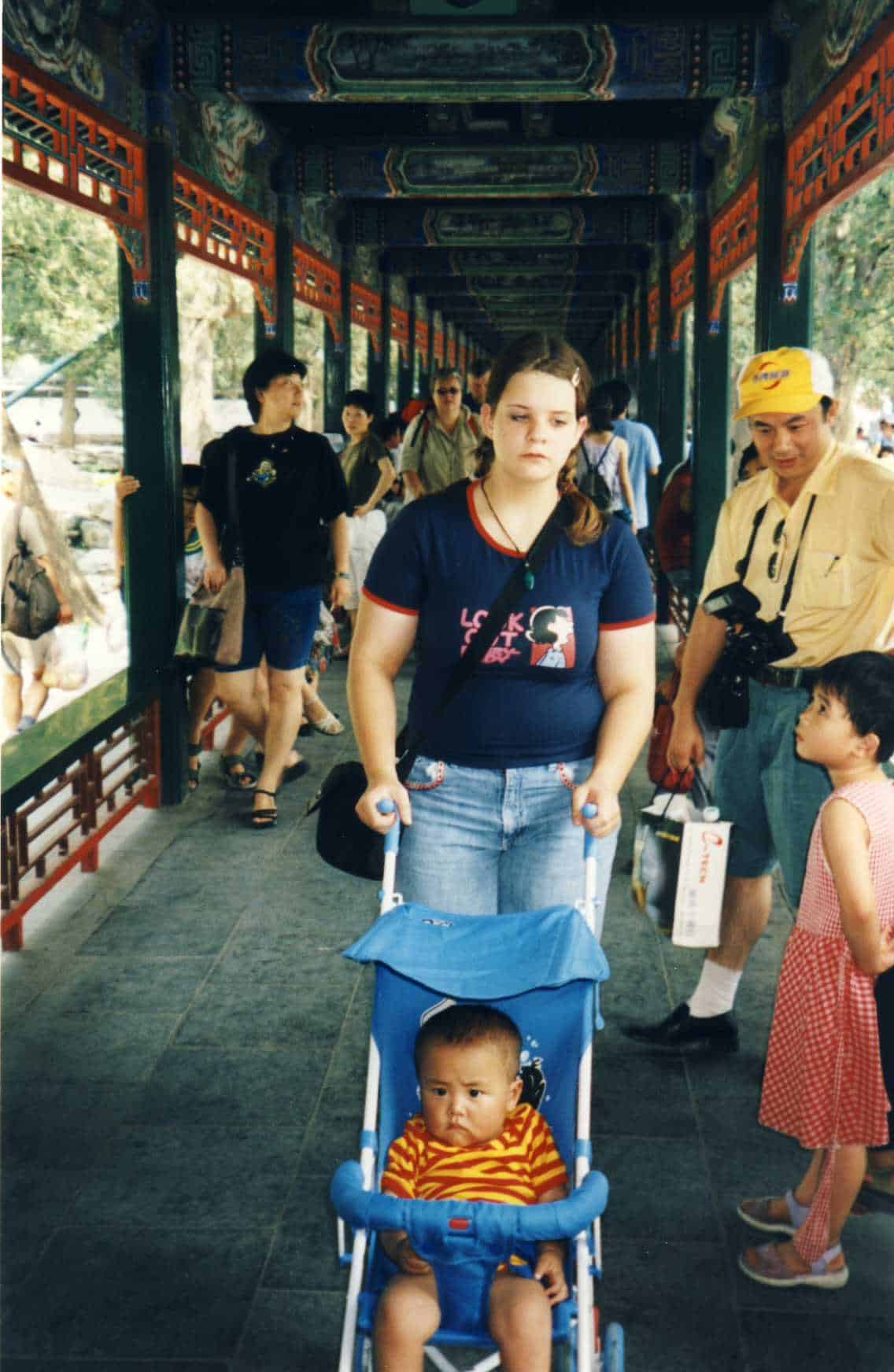 A highlight at the Summer Palace is this nearly 800-metre-long, beautifully decorated walkway, appropriately named Cháng Láng, the Long Corridor. I can just picture Cixi wandering with her entourage along this walkway, scheming. However, my favourite structure here at the Summer Palace is the Marble Boat, a pavilion by the western end of Cháng Láng and one of Cixi’s many restoration projects. 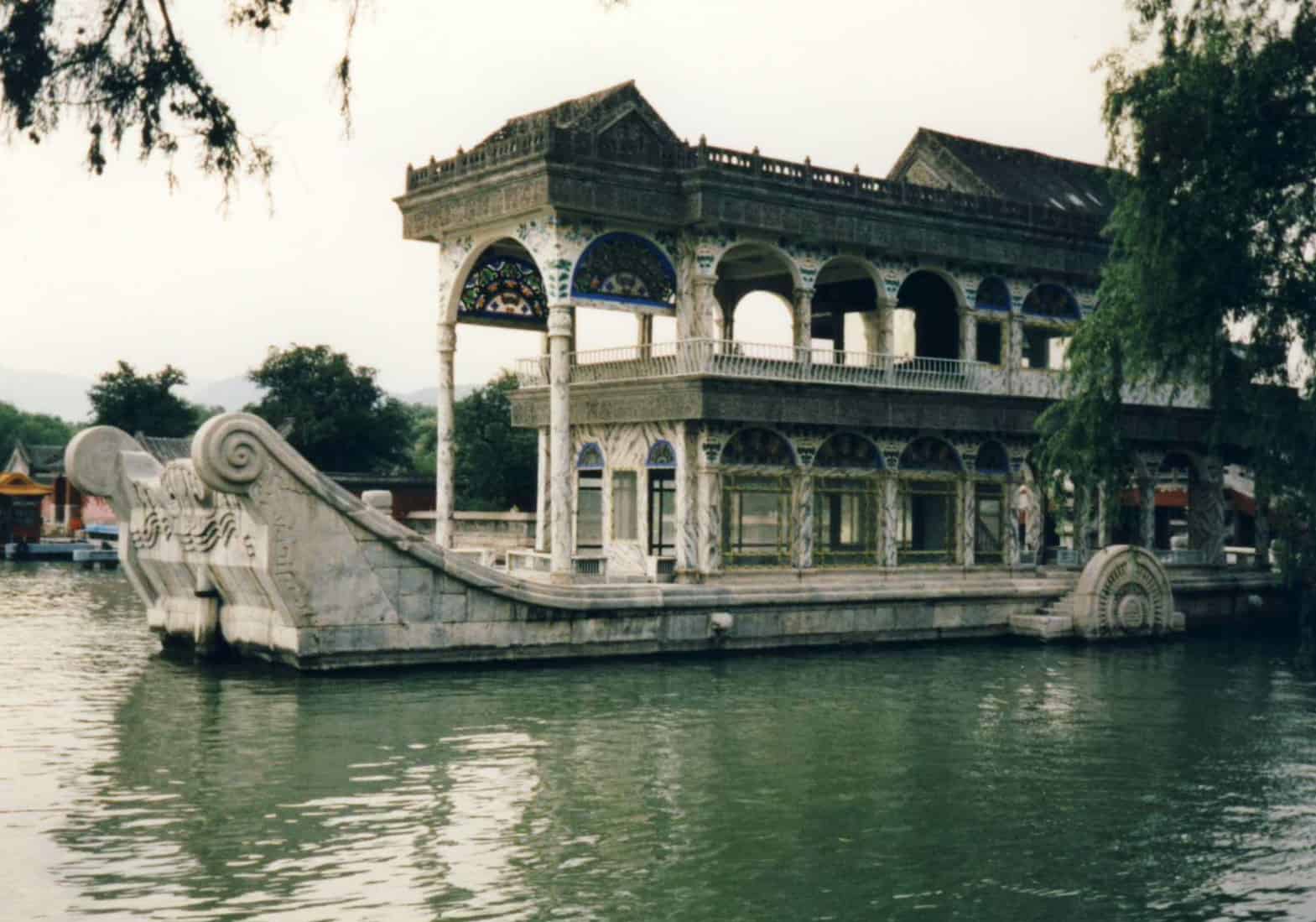