Sydney Opera House: an urban sculpture in a remarkable waterscape

As you know, we like the curious and unusual here in Sophie’s World. We like places that tell a story. Today, as I’m sitting on the roof of Oslo Opera House, I’m inspired to write a little something about that other opera house, on the other side of the world. An opera house with a dramatic tale. 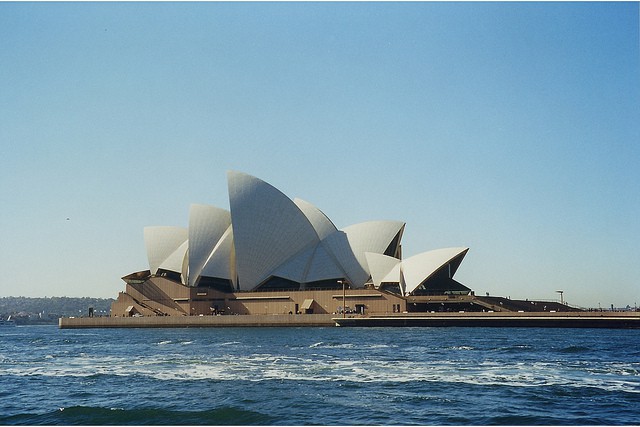 What do we – you and I – know about Sydney Opera House?

We know it’s Australia’s most famous human-made landmark, don’t we? We all know what it looks like. And perhaps we know there was a conflict surrounding the construction back in the 1960s. We know it might have been inspired by sails… Or was it? We’ll get back to that.

But first, let’s go back to that conflict, starting in 1956, when architects from all over the world were invited to submit a design for ‘a proposed National Opera House, to be erected on Bennelong Point, Sydney, Australia’.

Of the 232 entries, one stood out – a revolutionary design by a Danish architect, Jørn Utzon. It wasn’t an easy decision, though. Out of the 4 judges, 3 said nay and 1 said yea. Still, the aye had it; Jørn’s design won. (Kinda envious of the persuasive powers of judge no. 4 there.)

I like to be on the edge of the possible.

One of the major difficulties was creating the sloping roof ‘sails’. How do we solve this, the engineers asked. Every which way they looked at it, it was going to be costly, or downright impossible, with the technology of the day. Then, someone came up with the clever idea to create a huge sphere, and divide it into sections. 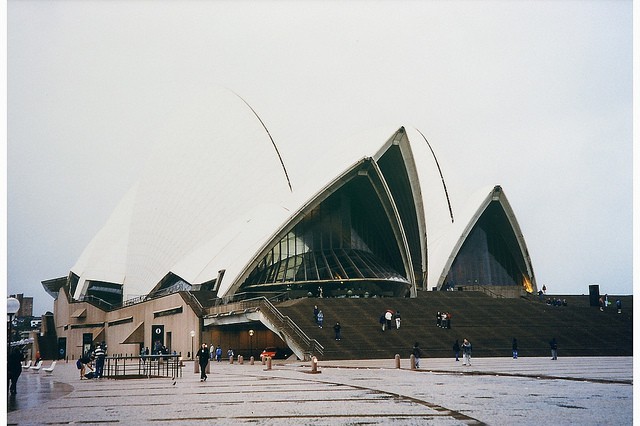 Building Sydney Opera House took years to complete. It began in March 1959. 6 years later, one of the 3 nays became state premier of New South Wales. Uh-oh! Quarrelling ensued – over cost and control (and personal prestige for the nay-sayer, one wonders.) The original project budget was 7 million AUD; the bill ended up at more than 100 million.

Jørn and his team weren’t paid, and he was for all intents and purposes treated like a criminal by the Aussie press. 9 years in, disgusted with the political interference and philistinism, Jørn resigned from the project and went home to Denmark.

It took 17 contentious years before the opera house was finally inaugurated in 1973. Jørn never returned to Sydney to see his creation in all its glory.

Back in the present, more than 11 million visit Sydney Opera House every year. It is probably the world’s most recognisable human-made structure. It is widely regarded as a masterpiece of creativity, both by fellow architects and us mere mortals.

And Jørn? Well, he is lauded as a remarkably visionary architect. In 2003, he was awarded the Pritzker Prize, the highest honour in architecture.

Utzon made a building well ahead of its time, far ahead of available technology, and he persevered through extraordinarily malicious publicity and negative criticism to build a building that changed the image of an entire country.

Frank Gehry, on the Pritzker jury

Australia tried to make up for the injustice by bestowing various honours and doctorates on him in later years. And when he died in 2008, a state memorial reconciliation concert was held at Sydney Opera House.

But what inspired his design? Was it sails?

It was not. According to Jørn himself – and that, after all, is the only voice that counts – it was a segmented orange.

It just happened that white sails were similar.

What’s more, for all the times I’ve seen this timeless sculpture of a building – and despite it being a very open space – I’ve never been inside. Maybe because I always been in Sydney with the kids, and have had other priorities. So I’m putting it on the list of things I want to do next time in Sydney, right up there with climbing the Harbour Bridge. And seeing the secret garden built above an abandoned train yard. And the Museum of Human Disease (I’m morbid like that, but… relevant these days, no?). And the bats in the Botanic Gardens. And the Bondi to Manly walk. And and and… I need to get going. 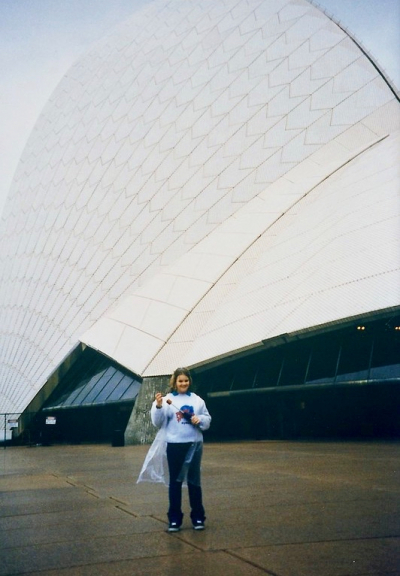 Credit for the apt description in the heading goes to the World Heritage Committee.