The tallest building in the world 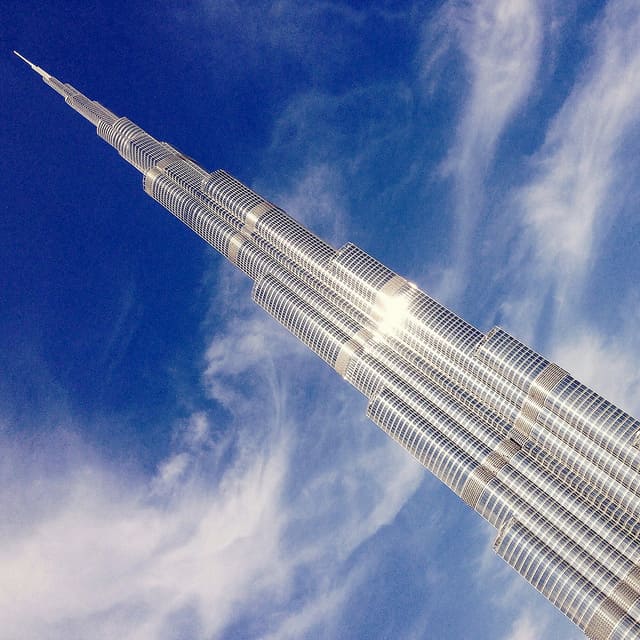 Are you intrigued by ingenious architecture? World records? Then Burj Khalifa is just the place for you.

The first time I was in town, the tallest building in the world was not yet completed. Its proposed height was a well-guarded secret and the working title was Burj Dubai, the Dubai Tower.

That was early in 2009. At the inauguration ceremony, about a year later, the official name became Burj Khalifa, after Khalifa bin Zayed bin Sultan Al Nahyan, emir (prince) of Abu Dhabi and president of the United Arab Emirates.

Burj Khalifa is a sight to behold, completely dwarfing the rest of Dubai’s futuristic skyscrapers. From the top of this stunning steel-and-glass structure, they all look like Legos. 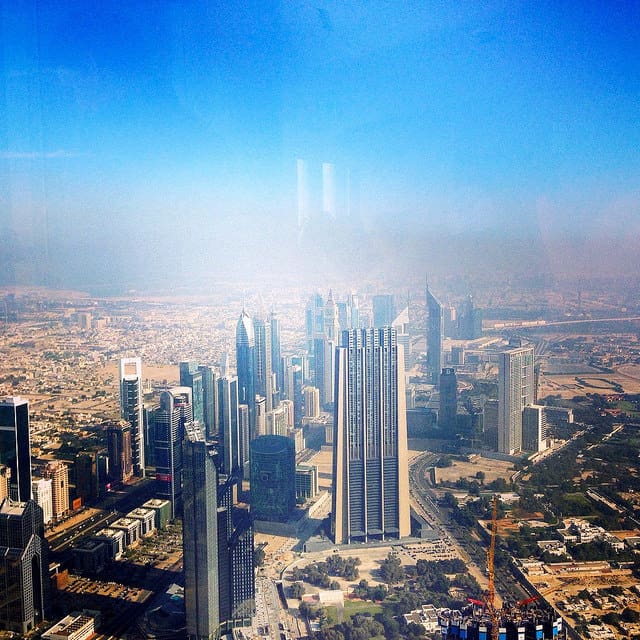 Tallest building in the world – and other world records

The height, now anything but a secret, is 828 metres. 828! That’s almost 200 metres taller than Tokyo Skytree, the world’s second tallest structure. But that’s not all. Here are just a few more of its world records: the highest outdoor observation deck, the highest occupied floor, the lift with the longest travel distance: you’re whizzed up to the 124th and 148th floor viewing platforms, at a speed of 10 metres/second.

Sound like a stomach-churning experience, you say? It isn’t. Nothing at all uncomfortable about the Burj Khalifa lift, just a super-cool experience in blue. Do you have acrophobia, fear of heights? Leaning out of my friend’s 13th floor terrace roof always gives me a tingling feeling, I’m convinced I can actually fly; scary and thrilling. But Burj Khalifa is so tall none of that’s relevant. It feels more like seeing the city through the plane window. 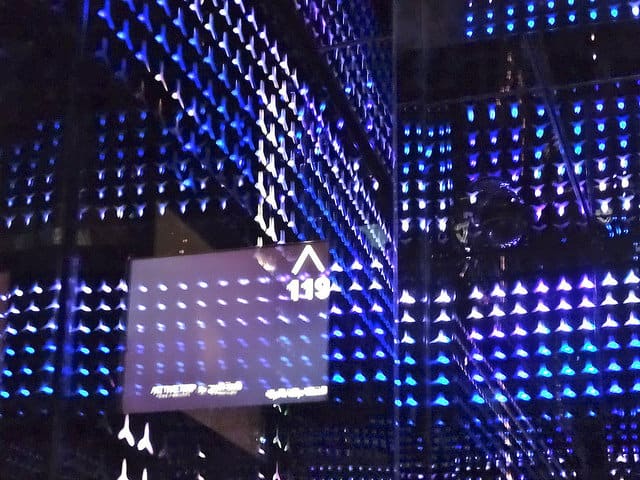 Inside the Burj Khalifa lift

If you’d like to see Dubai from the very top of the man-made world, be sure to book in advance – both because tickets sell out quickly and because you get a much better price than at the door. Try an evening visit; watching the sun set over the desert and the Persian/Arabian Gulf from this height is spectacular, and gorgeously lit fountains dance in the park below.

Disclosure: This time in Dubai, I was a guest of Emirates and Dubai Tourism. As ever, I retain full freedom to write whatever I want.

For more travel photos from around the world, hop over to this week’s Travel Photo Thursday.