Rock carvings are prolific in Scandinavia. Our prehistoric forebears must have been particularly eager to express themselves. You’ll find them everyhwhere, and often very well preserved. In fact, there’s a large moose carving not far from my home, next to a playground. But two of the petroglyph sites are apparently more interesting than the rest. I’ve talked about the carvings in Alta up in Arctic Norway, added to UNESCO’s list in 1985. Nine years later, the ones at Tanum in Sweden joined this prestigious list of properties worthy of special protection. 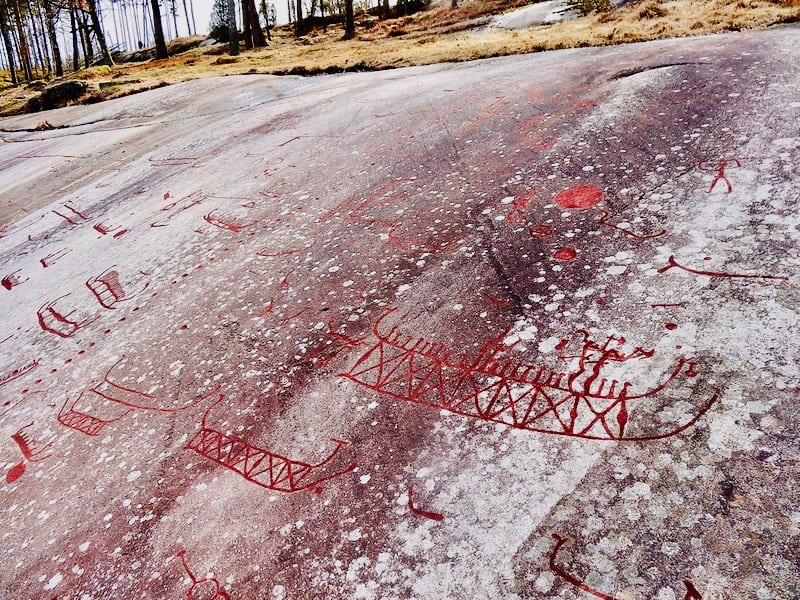 While the Alta petroglyphs are from the Stone Age, the Tanum rock carvings are a bit younger; from the Bronze Age, about 3 500 years ago.

Oftentimes archaeological sites don’t offer lots to see, so it’s up to you to visualise. The Tanum rock carvings, like the ones in Arctic Alta, will help your imagination quite a bit – imagination being the operative word. The most famous carving here is called the Lovers; a main focus here seems to be love – along with power and magic. A fertility cult is thought to be connected to these carvings.

But we don’t know, of course. We can’t possibly know how people thought 3 500 years ago. Especially here, where these carvings are the only, erm, written evidence. 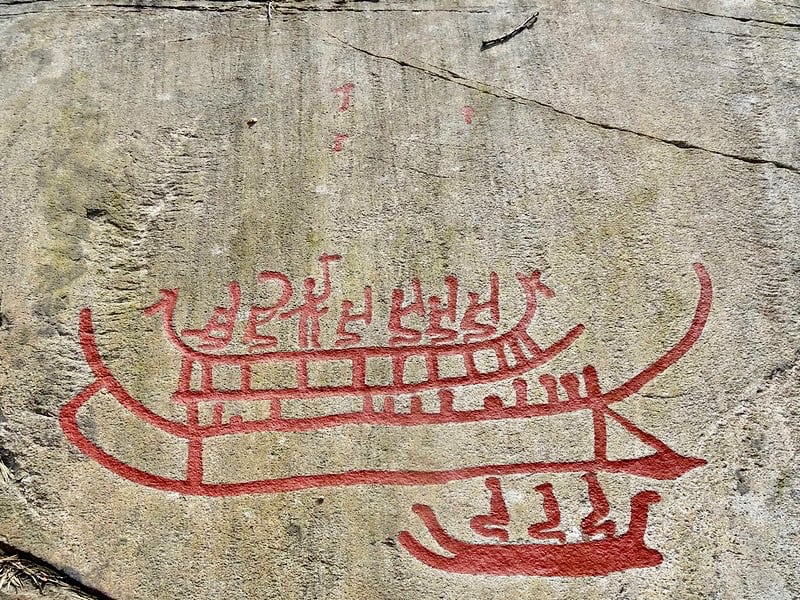 Take the photo above: a sign next to the carving tells us

Six figures are crouched on board the ship at the top of this rock. One of them is blowing a bronze lurhorn. Before him stands a man with his axe raised in greeting. The others lift their paddles towards the sky.

Here’s what I see: a boat (probably) with 7 figures, 6 of which are crouched: one is (possibly) blowing a horn, four are lifting something that might be paddles and one is lifting an implement which may be an axe. But how do we know the axe is raised in greeting?

My natural-born scepticism aside, I enjoyed wandering along the fields here, picturing our Bronze Age ancestors getting on with their everyday lives. 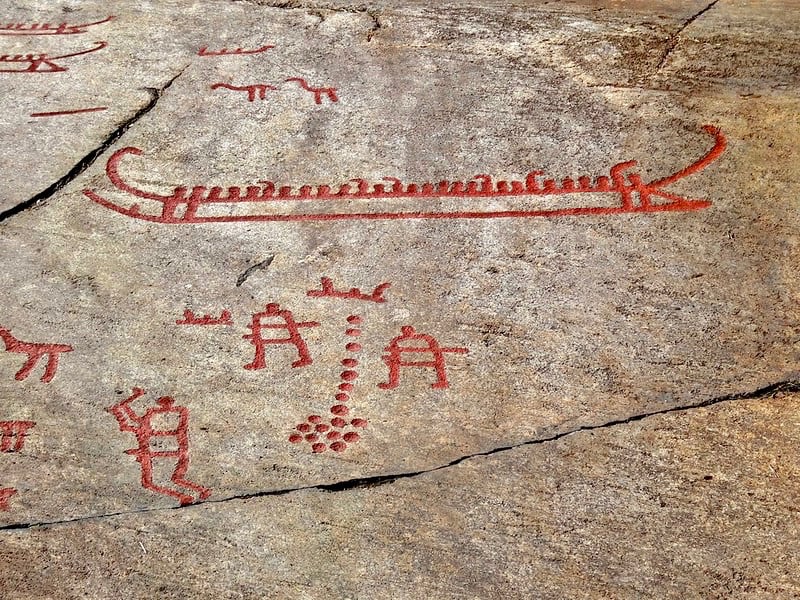 This is part 4 of Swedish Heritage Sunday, a weekly series here on Sophie’s World this winter.