Tatev Monastery: flying up the mountain (Day out Yerevan)

You’ve heard about Yerevan, about the road to get there, about Soviet Armenia, about some of the many monasteries here in the world’s first Christian country. Now let me take you to one that balances on the brink of a canyon. To get there, we’ll fly. 300 metres above the gorge. On the wings of Tatev. 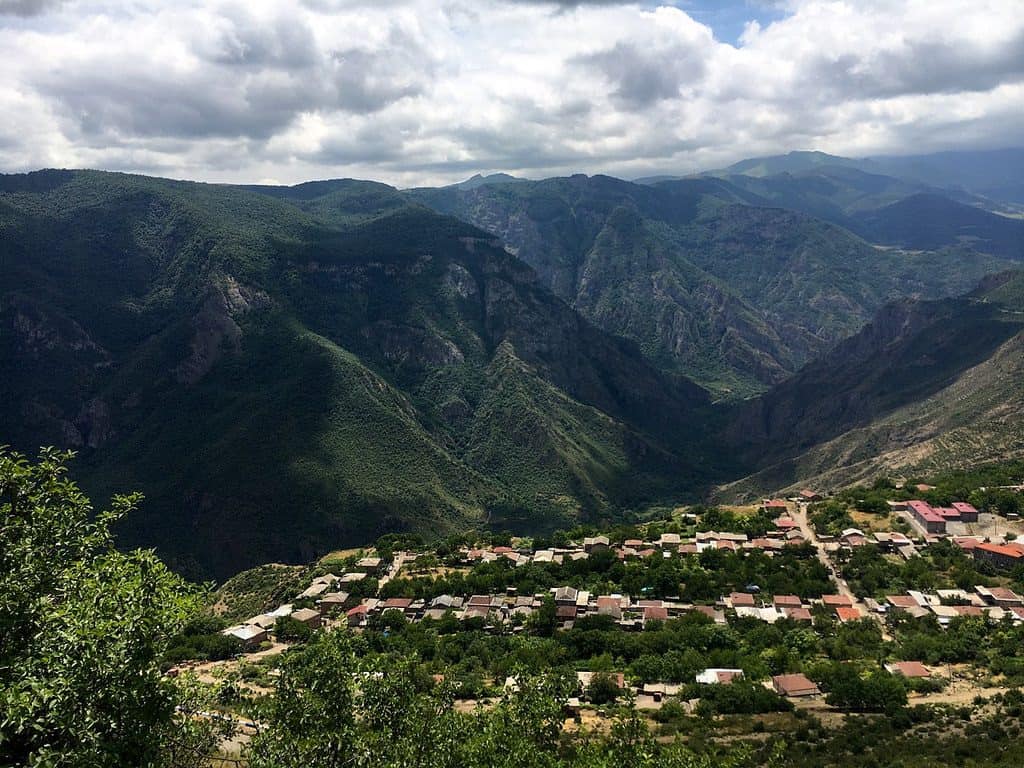 Tourists aren’t exactly swarming in Armenia. Once you leave the capital, Yerevan, they become even rarer. As you head further south, ever nearer the border with Iran, the tourists you’ll bump into will be mostly locals: Armenians enjoying Armenia. You’d be well advised to join them in exploring this lesser-known part of their country. Here are wineries, stunning mountain scenery, interesting breakaway republics, disputed territories, exclaves and enclaves. There’s Nagorno-Karabakh / Artsakh (which we will come back to in a later post), Nakhchivan, and one that no longer exists. More on that last one a bit further down.

And then there’s Tatev. 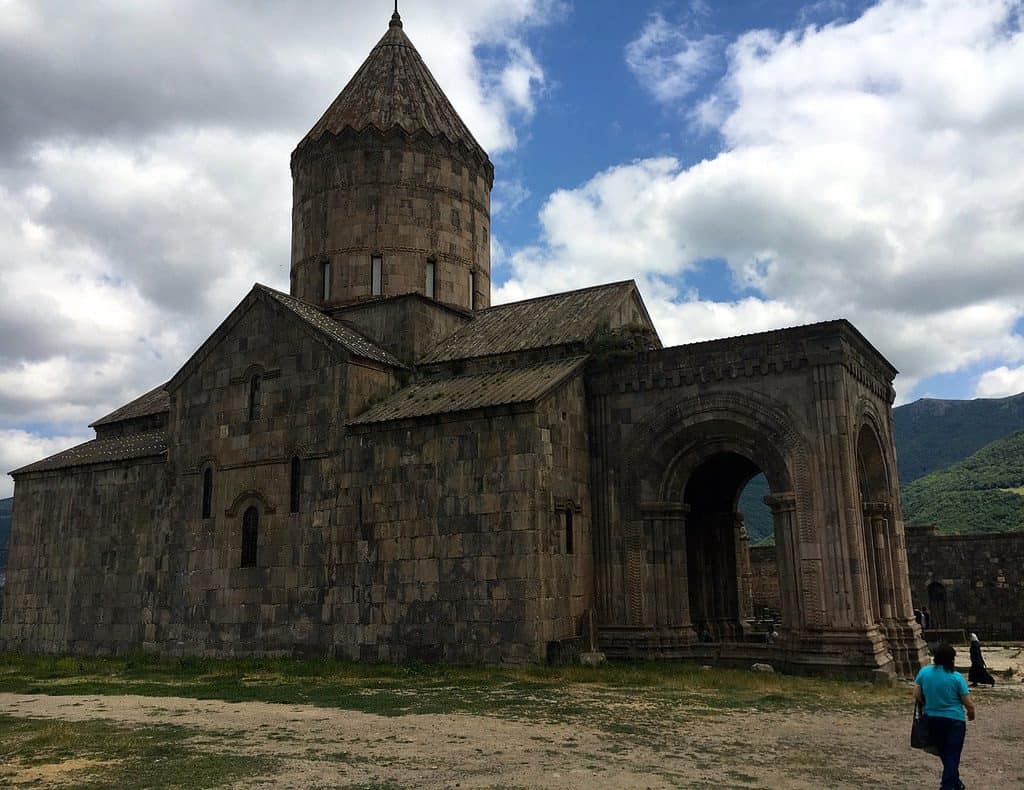 Dramatically perched at the edge of the deep gorge of the Vorotan River lies Tatev. Before Christianity (which came as early as 301 AD to Armenia), there was a pagan temple here, so it’s reasonable to assume this plateau must have been considered a holy site for at least 2000 years. Or perhaps more pragmatically, a site that discouraged visitors with less than noble intentions. You’d think!

The present monastery was built in the 9th century – and had in its early days more than 1000 monks living here, as well as various craftsmen. 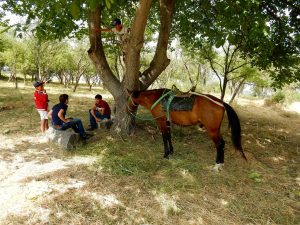 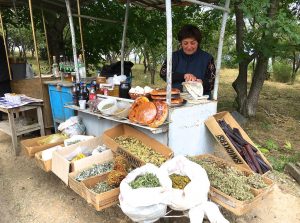 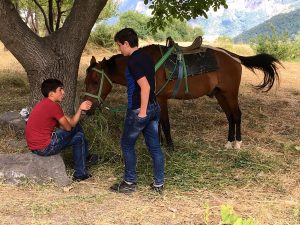 What I see today, apart from horses and food stalls, are several churches and chapels, balancing pillars, swinging columns, a water spring, a library… 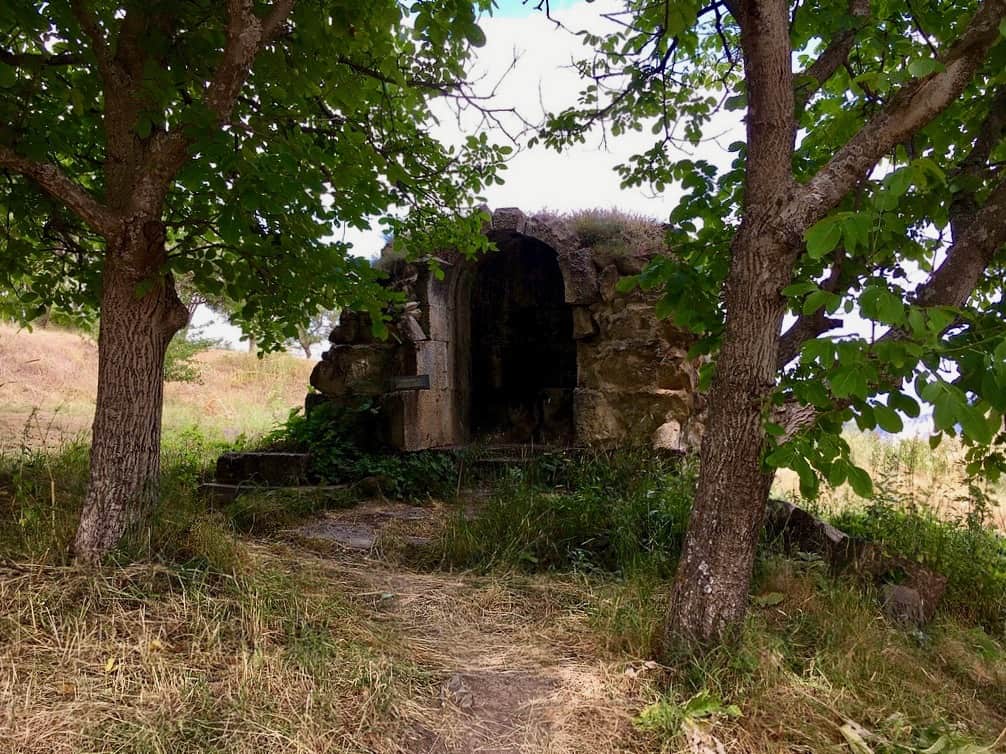 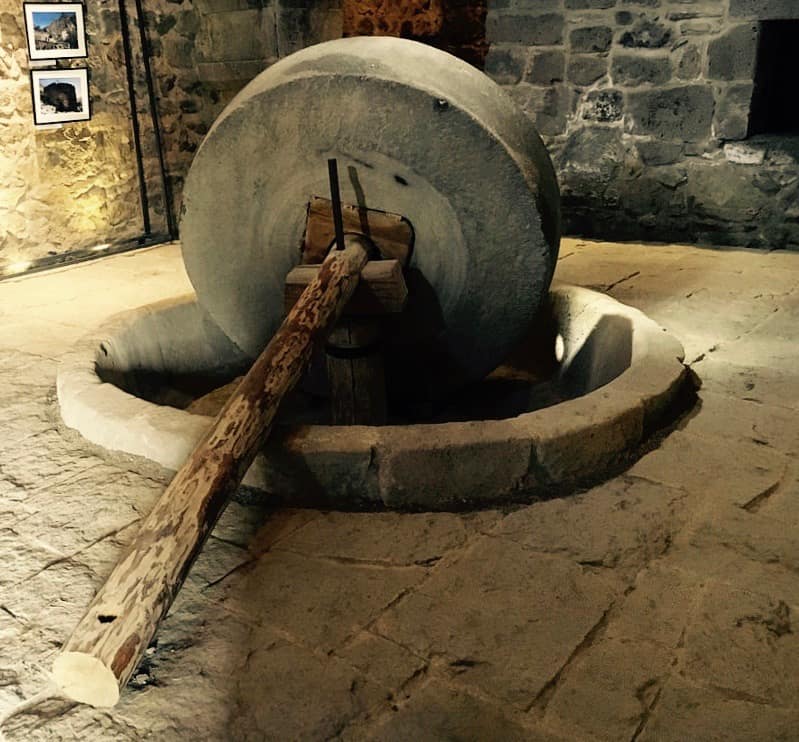 For a few decades at the turn of the 14th/15th century, Tatev was a university. I imagine myself going to uni at this supremely remote spot. Forgetting for a moment I would probably have to hide in a man’s body, what would I study? What could I study? Scripture, naturally – the … hmm, let’s say business administration of the day.

But scripture also encompassed social sciences, philosophy, literature and grammar (which pleases this stickler: even as a kid, I corrected grammar mistakes in friends’ photo album captions. With a red pen. Popularity be damned.) Then there was painting and calligraphy, and finally music. Ancient music. What was considered ancient music in the 14th century, I wonder…

The wings of Tatev

To get to Tatev, you can drive the winding mountain road along the steep ridges above the canyon. Or you can take a cable car. Not just any cable car mind you, but the longest non-stop double track cable car in the world, known as the Wings of Tatev. 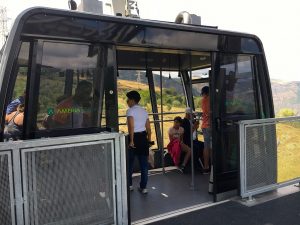 Climb on board at the lower station Halidzor, then for about 12 minutes, for 5 752 metres, at 37 km/h, you soar above valleys, villages and waterfalls – 320 metres above ground at the highest point – until you hop off on the opposite side of the canyon. If you’re here on a Sunday, you will most likely encounter locals taking the cable car (at a discounted rate) for Sunday mass up at Tatev. 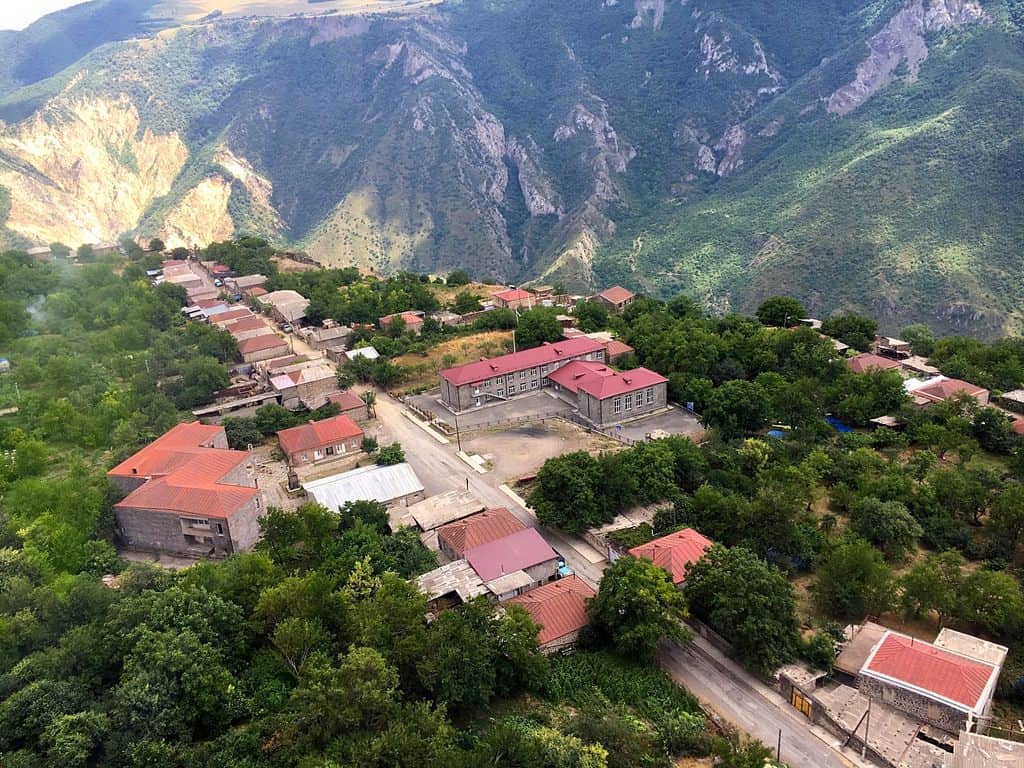 Each car can take 30 passengers. Fortunately, we’re only nine; there’s plenty of room to move about and get a good (dizzying) look  – and hazy photos through the glass – at the valley below. 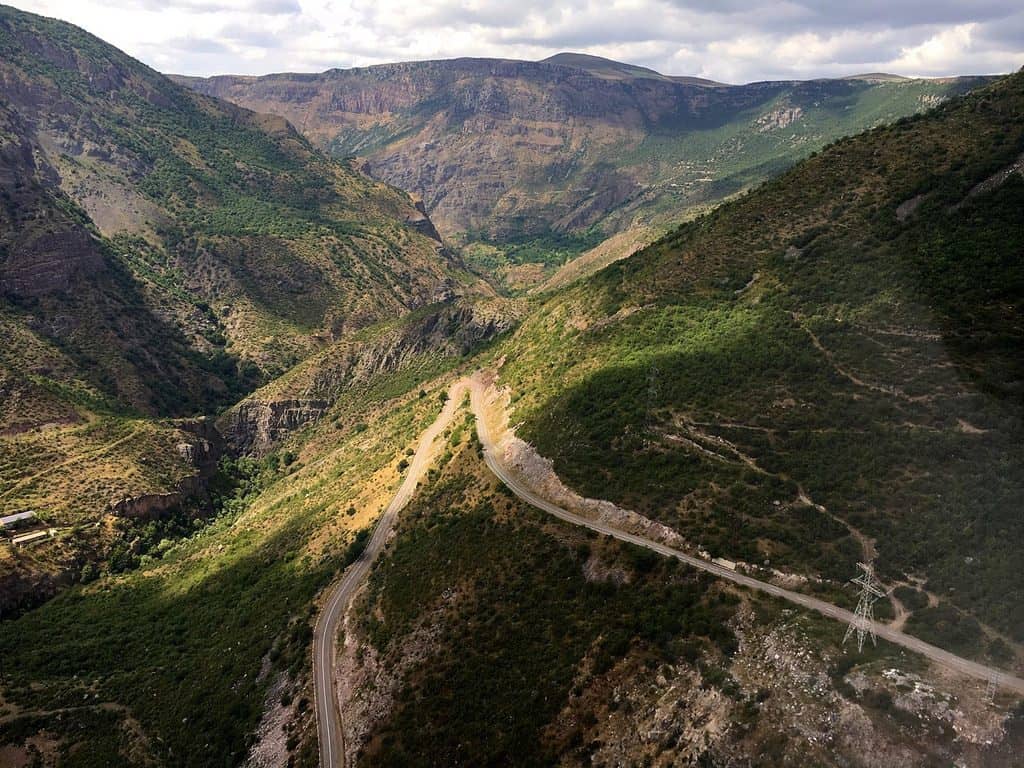 Yet another self-declared republic once existed in this volatile area: the anti-Bolshevik Republic of Mountainous Armenia was declared in the monastery here at Tatev on Christmas Day in 1920. It lasted all of six months, until the area became integrated into the Armenian Soviet Socialist Republic in July the following year. 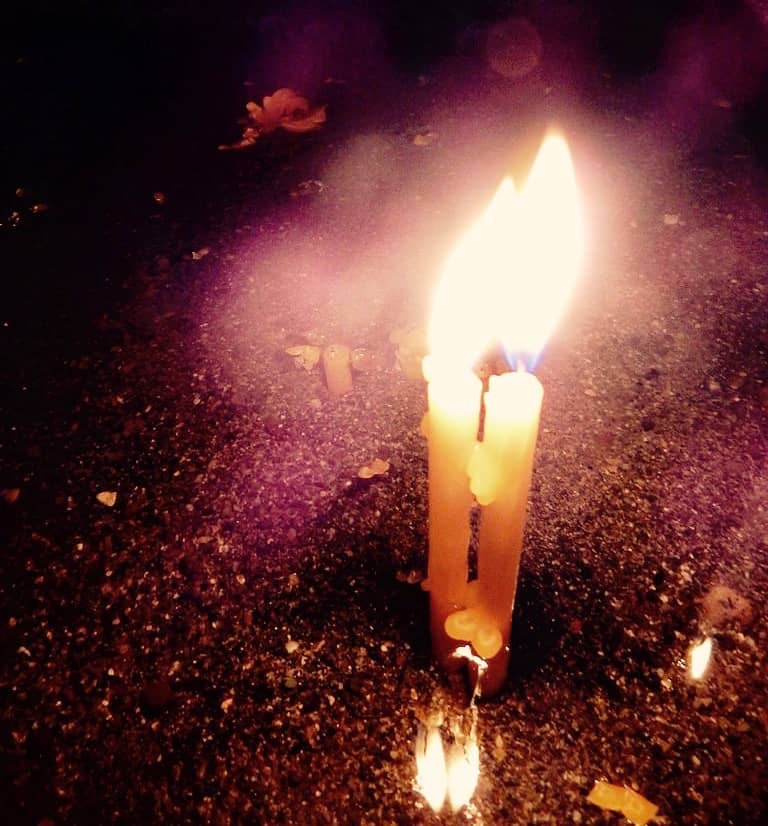 I’m not religious, yet I quite like some of the rituals. Lighting prayer candles is one; rather like throwing a coin in a wishing well. You never know… 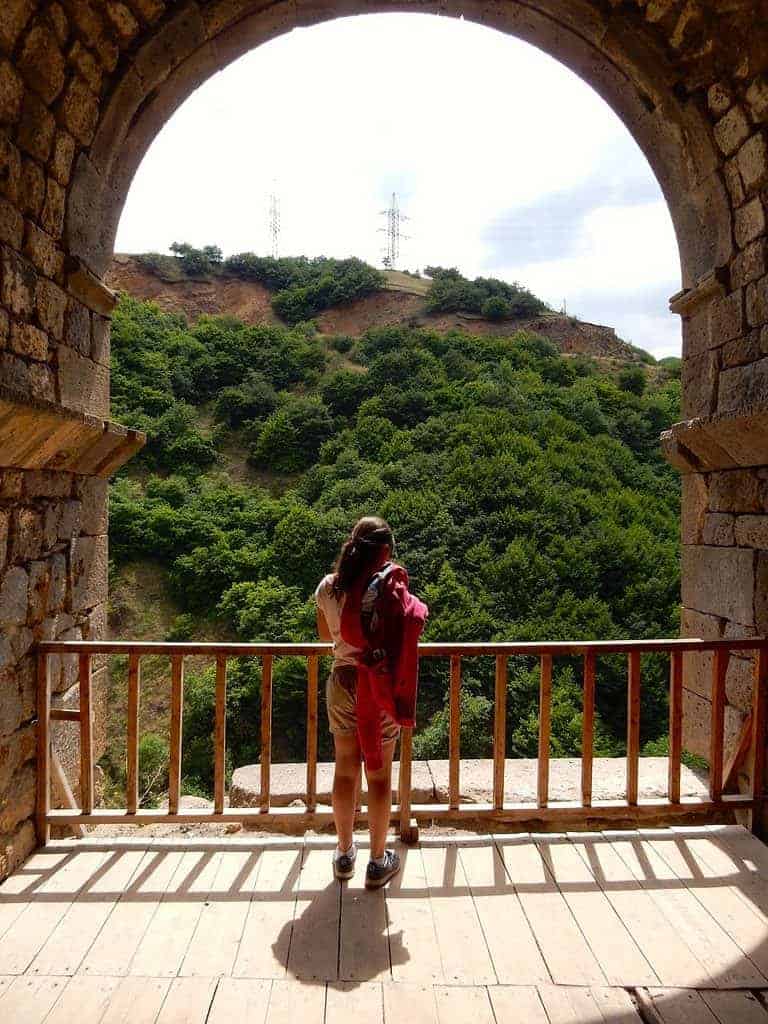 As I glide back down across the gorge, hoping the car won’t suddenly feel like taking a leap off the cable (it won’t; this is Swiss technology), I ponder. There are numerous monasteries in this region. You could say the Caucasus is awash with them. 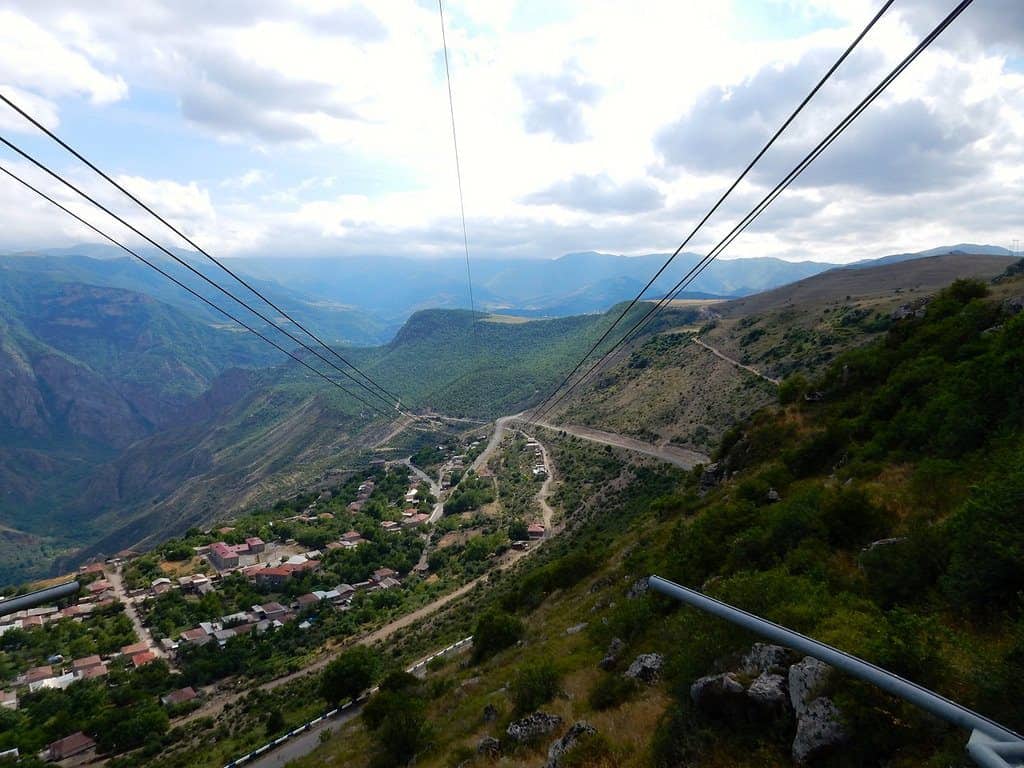 View from the wings

I’ve visited quite a few in Armenia: Geghard, Haghpat and Sanahin, Khor Virap, Noravank – all have their unique character, their unique history and all are fascinating in their own way. Perhaps you’re not that into monasteries – or history (though if you’re reading this, you probably are, at least a little). But in a country where they abound, it’s easy to get monasteri’ed out, as it were.

If you were to visit only one of Armenia’s monasteries, which one?