Today’s post is about bread and circuses – or, at least, bread and religion – which perhaps isn’t that different.

While I pondered whether to travel from Tbilisi to Yerevan via train or marshrutka (minibusses with threadbare tyres found all over the Caucasus), I stumbled over a brochure from Envoy, an Armenian tour company. Among their tours was one going one way from Tbilisi to Yerevan, stopping off at various interesting spots along the way, including the UNESCO-listed monasteries at Haghpat and Sanahin.

As it turned out, we would also have lunch in the garden of a local farmer near Alaverdi, and stop at a superb bakery in the town of Aparan. Perfect.

Crossing the border between Georgia and Armenia 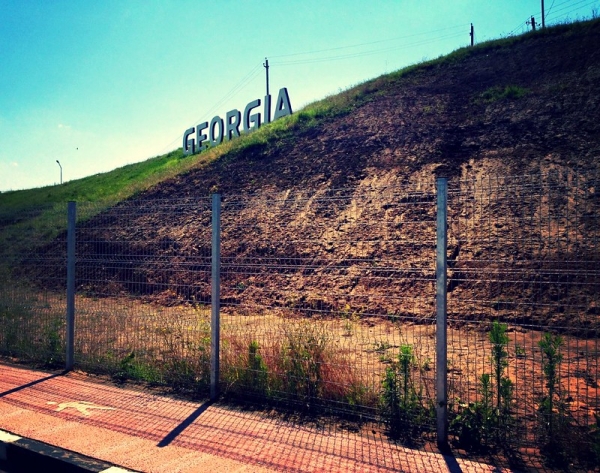 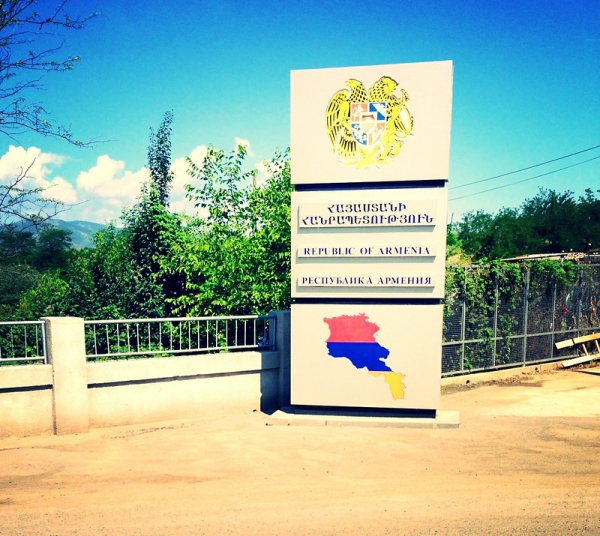 Luckily, I’m a citizen of a Schengen-country, which means crossing the border between Georgia and Armenia is pleasantly easy. After exiting Georgia, I stroll over to the Armenian border post.

Were only all border crossings that simple.

Well inside Armenia, our first stop is at the fortified monastery at Akhtala, which is to be one of several that day. Even more monasteries are in destiny’s plans during my coming days in Armenia. But that’s as it should be, I suppose, in the world’s first Christian country. 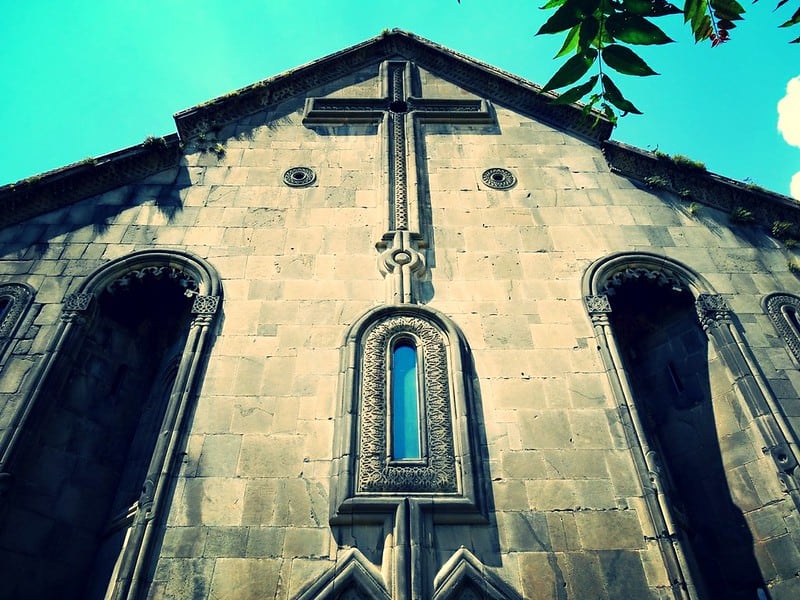 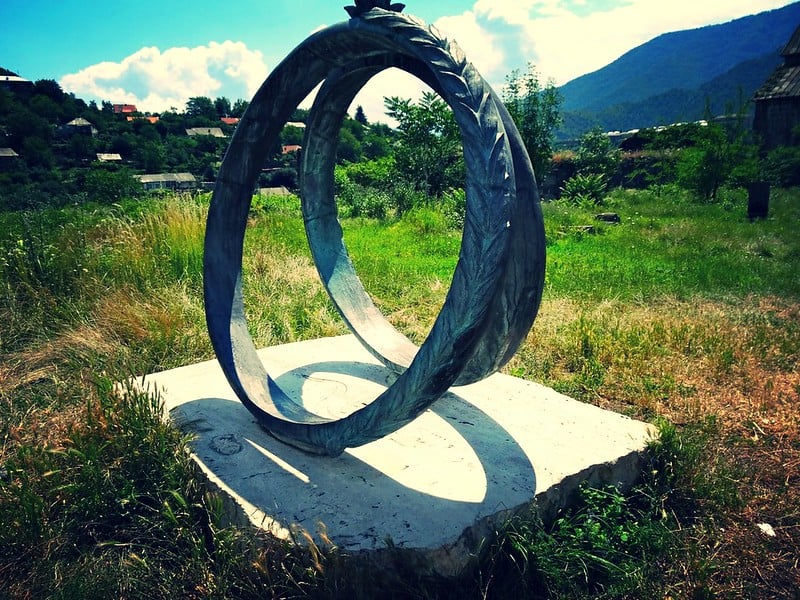 The monastery at Akhtala is famous for its lovely frescoes… 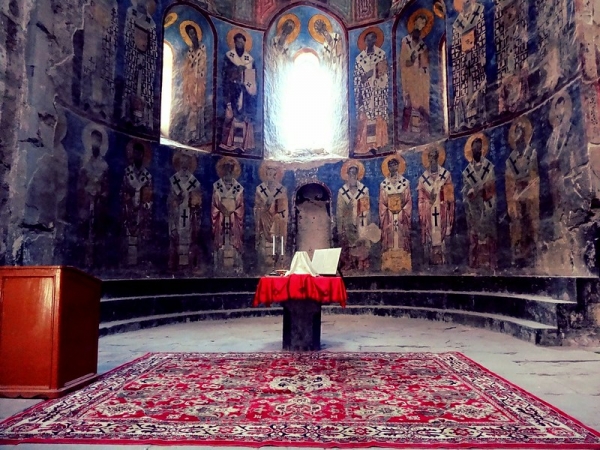 … and is also known as Pghindzavank, meaning copper mine monastery. These three happily sell us copper-speckled stones: 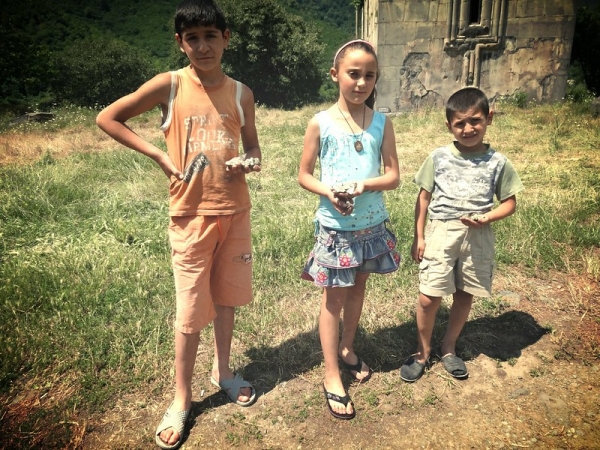 Inside the monastery we’re joined by a few devout worshippers. I ask our guide whether Armenians today are very religious.

The answer is complicated, and goes beyond the question of religion. The world – or Europe, at least – is becoming ever more secularised, and Armenia is no exception. On the other hand, Armenia was the first country in the world to adopt Christianity as a state religion in 301 AD. To complicate matters further, the little country has strenous relations with two of its Islamic neighbours, Turkey and Azerbaijan. Borders are closed and there are no diplomatic relations. Armenia’s identity as a Christian country is important.

Lunch in the Armenian countryside 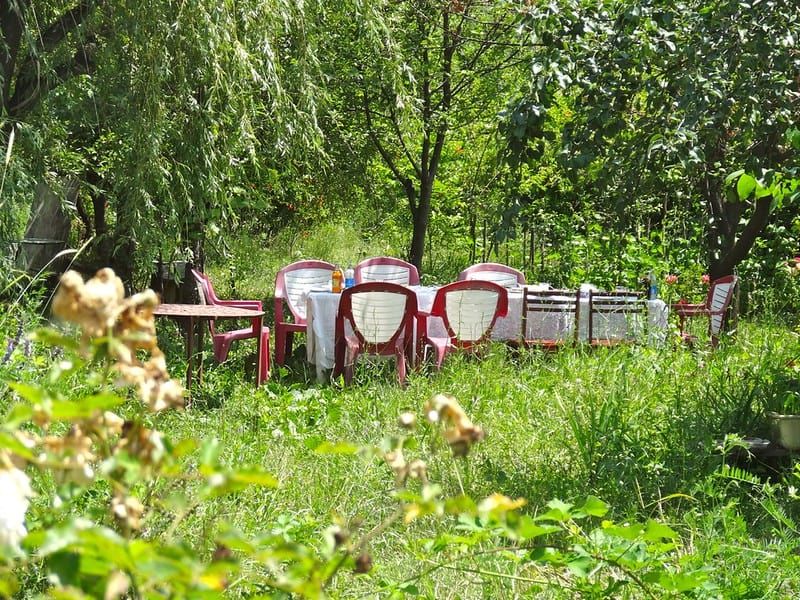 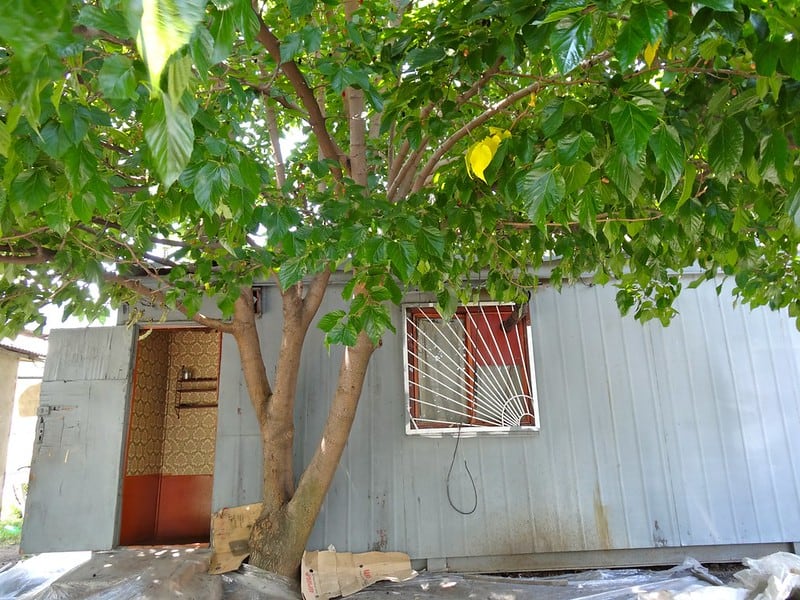 Rambling about in monasteries and ruins where snakes are rumoured to lurk is hungry work. We stop at the house of a local farmer who has set a table for us in the garden. The trees are heavy with luscious, ripe blackberries. Meat and potatoes sizzle on the barbie. 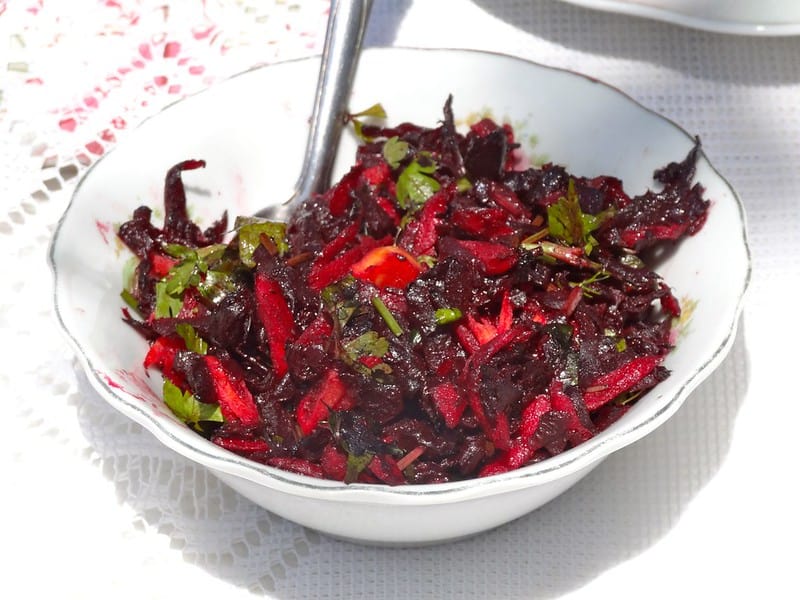 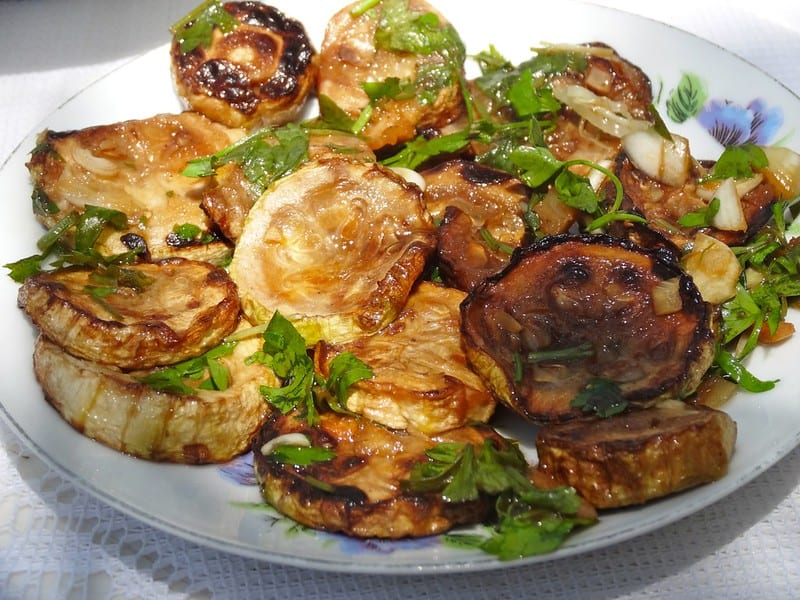 Nothing rushed here. We stay a while, eating, drinking, laughing, climbing trees, playing with the kids and fellow travellers. There are eight of us, from six different countries. 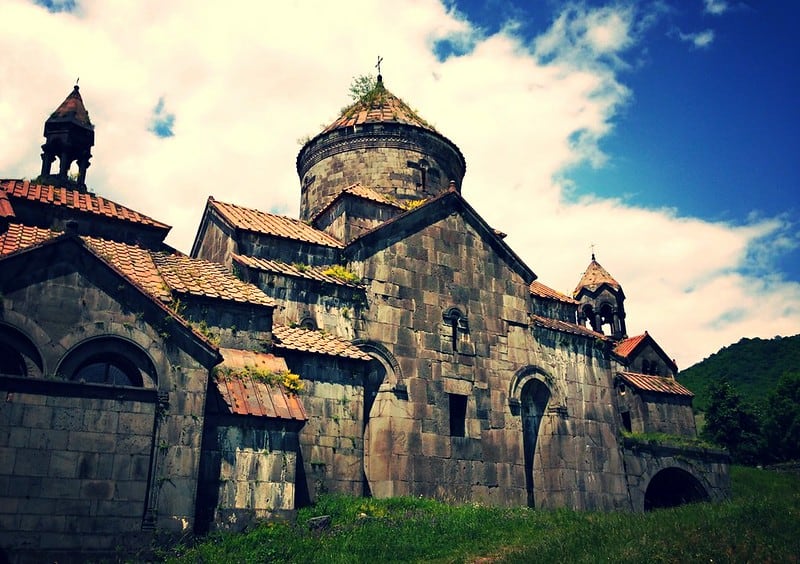 Haghpat is next. This Byzantine monastery was an important centre of learning in medieval times and is an excellent example of Armenian religious architecture. 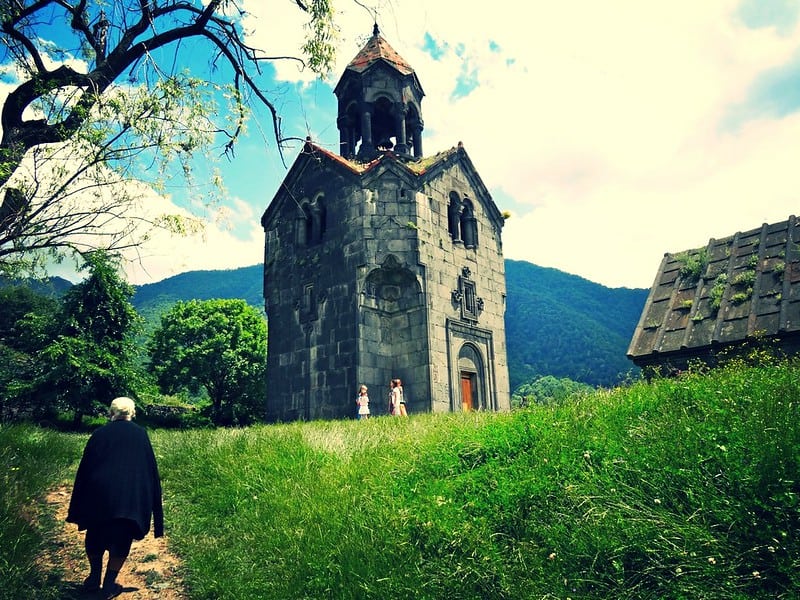 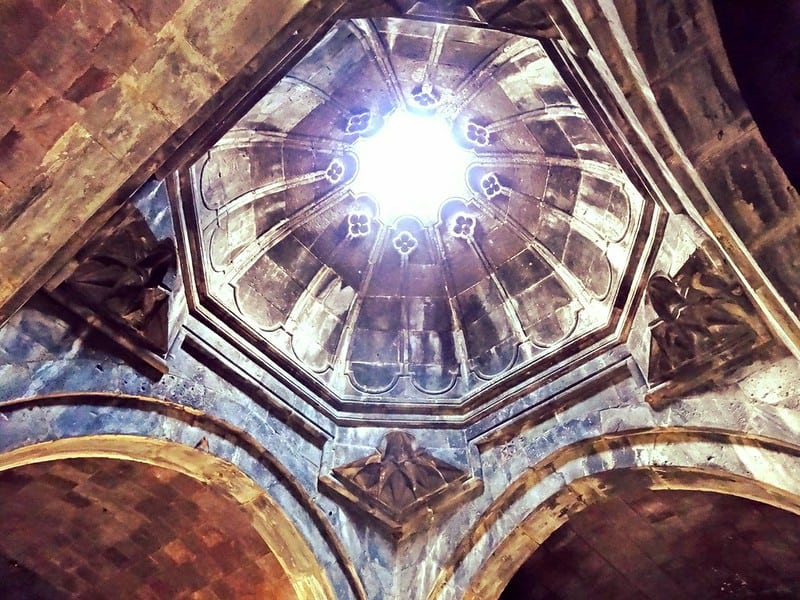 Haghpat and Sanahin together form one of Armenia’s three UNESCO World Heritage sites. Like Haghpat, Sanahin was a place of study, particularly famous for illumination and calligraphy. 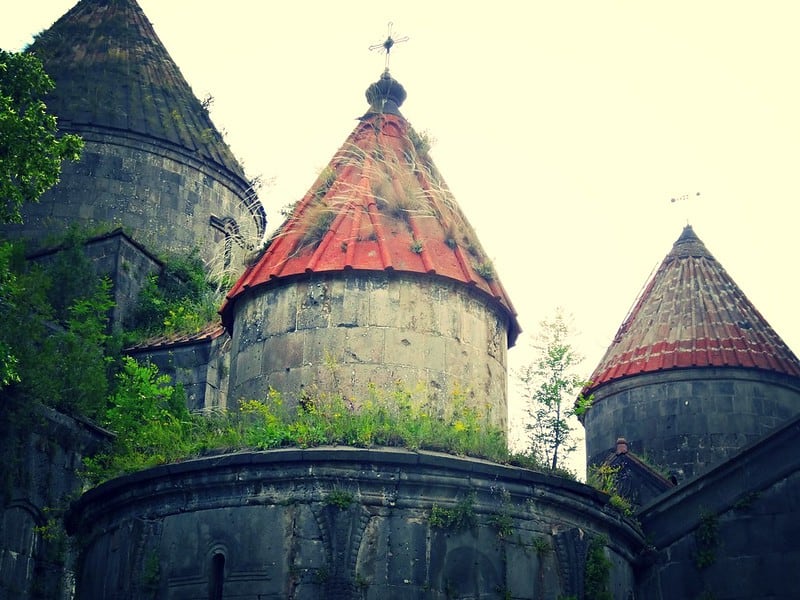 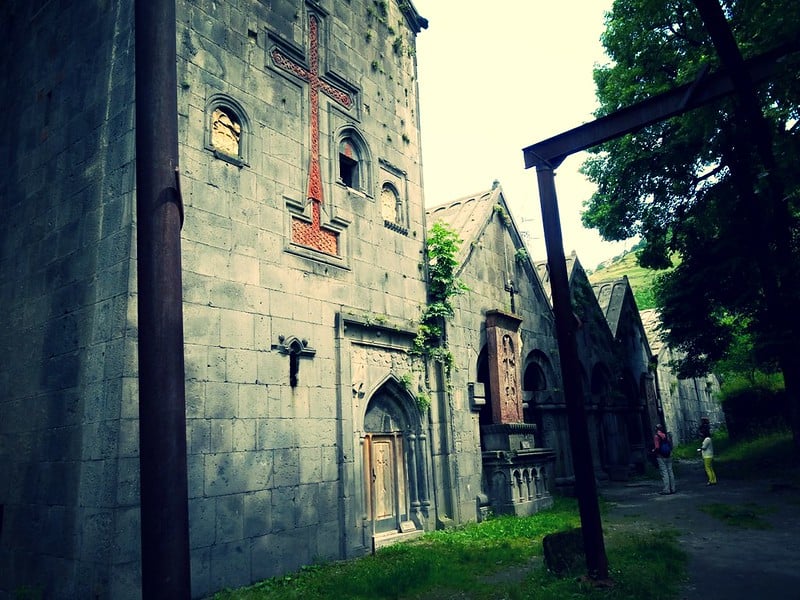 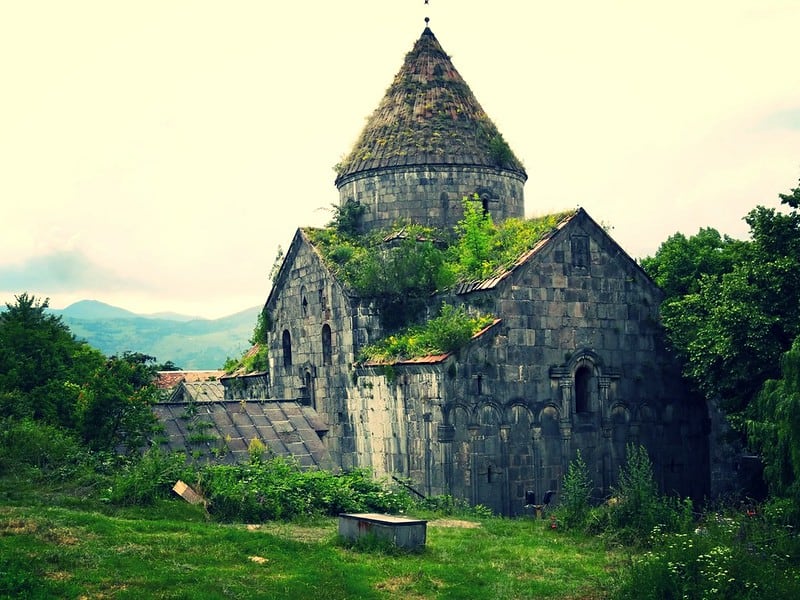 Though what intrigues me even more are grave stones. In Armenia, there’s frequently a photo of the deceased on the grave stone. Not that unusual in itself – but it’s also not uncommon to illustrate how they died. I stand for a long time in front of a stone, engraved with the image of a man and three women, one of them a young teenager at most. Next to the happy group is a car driving off a cliff. Evocative. And sad. Also, I’m reminded of the narrow roads back down the mountain, and shiver.

The road to Yerevan

As we continue onwards to Yerevan, we drive past meadows and the towering mountains of the Caucasus. 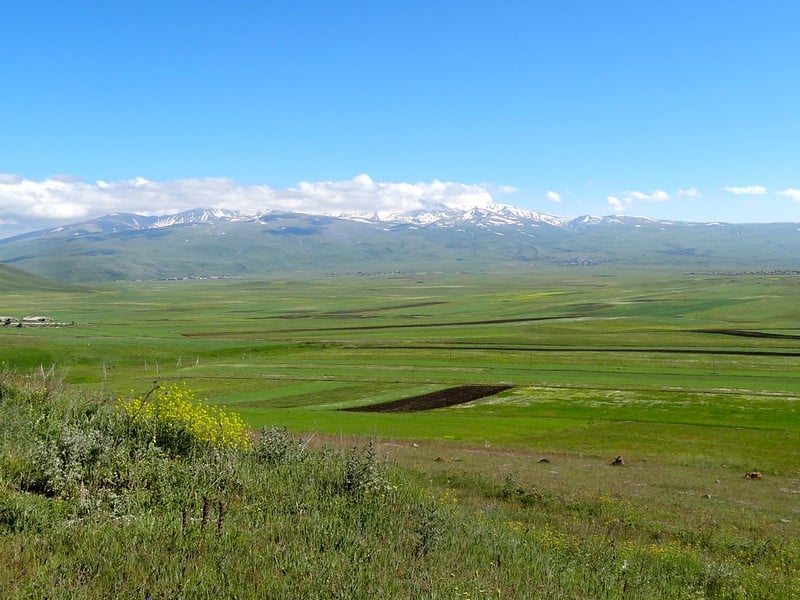 In the distance, Mount Ararat with its eternal snow cap appears. I’m to see this legendary mountain again and again during my time in Armenia. 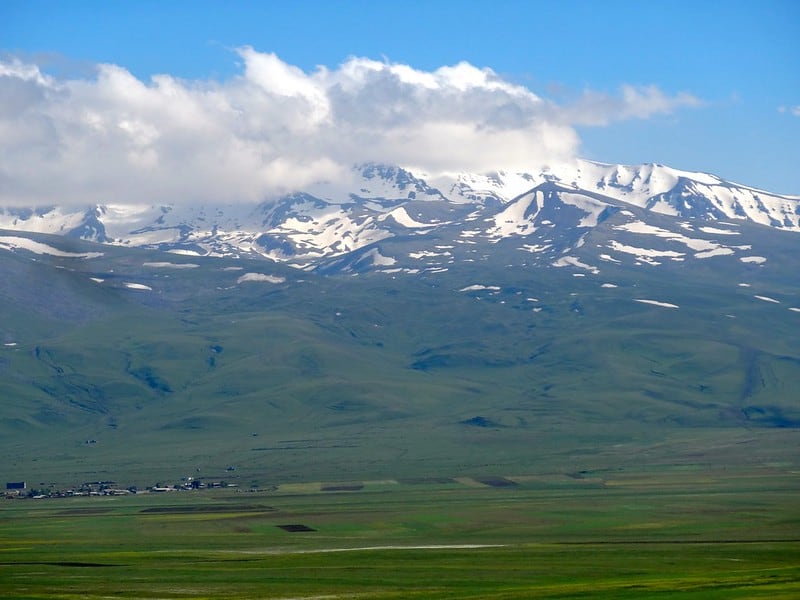 For the moment, however; I’m distracted by bread. And not just any bread, but the yummy concoctions from the Gntunik Bakery in Aparan. Such a delicious surprise.

The kneaded dough is slapped on the side of the oven, like this… 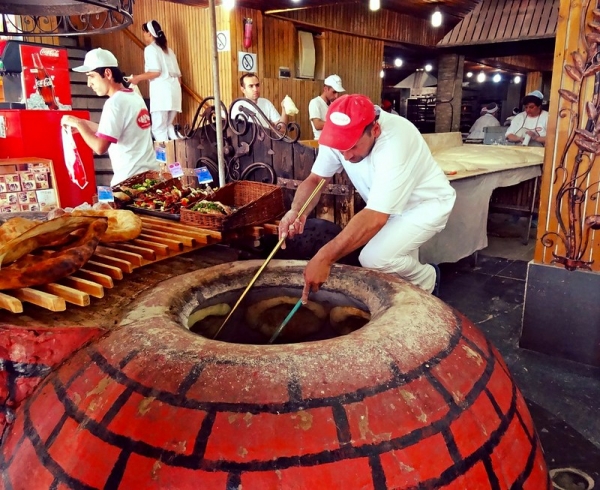 …where it seems to stick, much to my surprise. 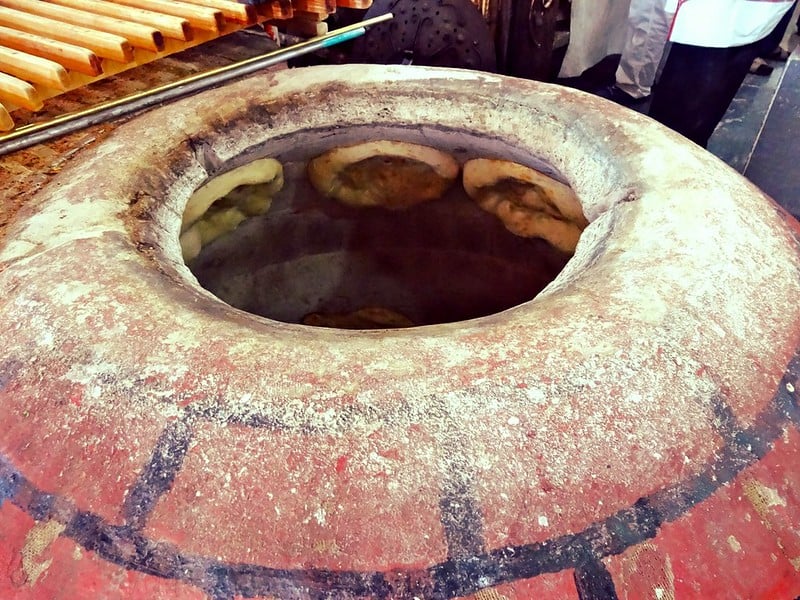 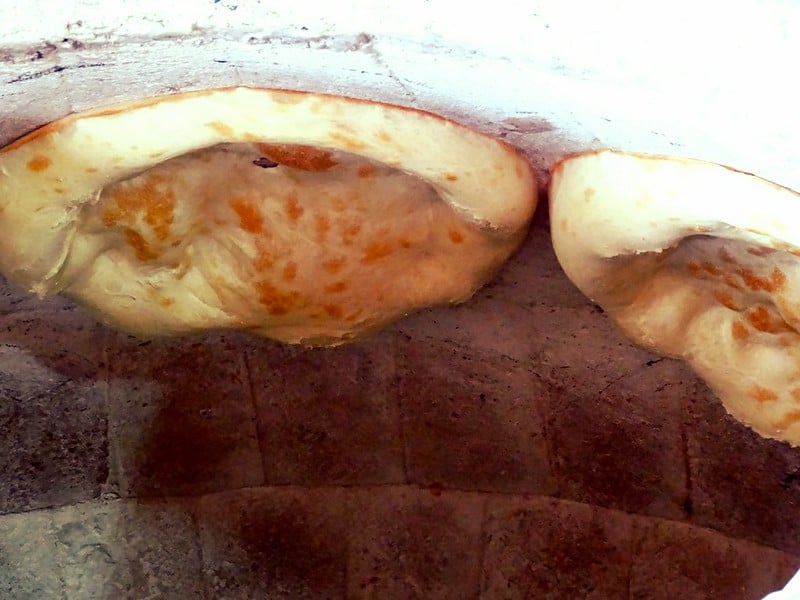 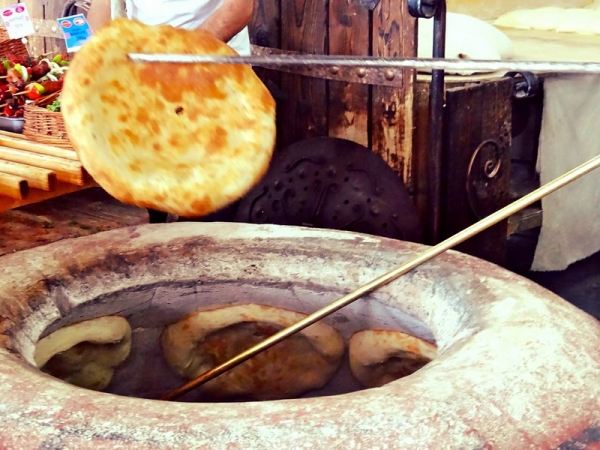 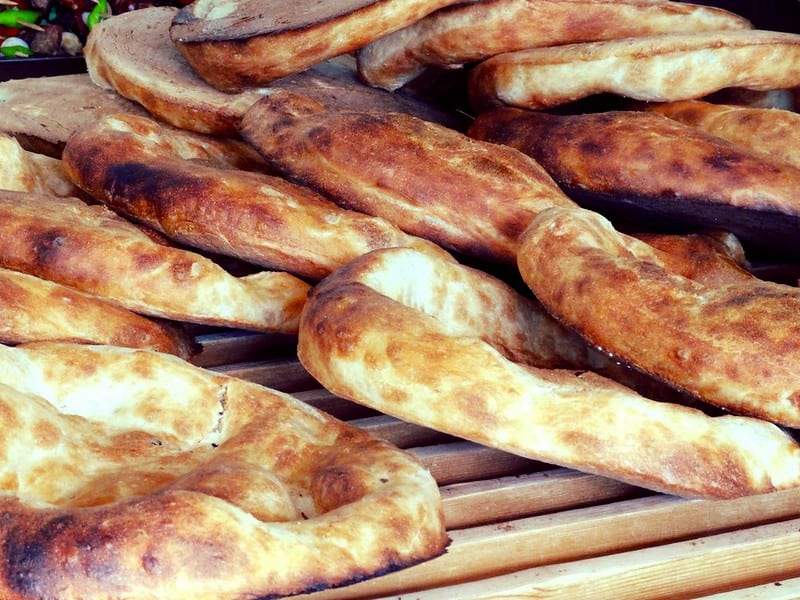 We buy lots to share and munch happily all the way to Yerevan. The capital of Armenia turns out to be yet another wonderful surprise. But that’s for another day.

In July 2017, 4 years after I wrote this post, I used this tour as the means to get from Tbilisi to Yerevan yet again, this time with friends. The tour was very similar; only the lunch stop was different (but equal). Still happy to recommend this as an alternative and interesting way to travel between the two Caucasian capitals. The tour is called Enlinking Caucasus and you can find up-to-date info, incl. current prices here. 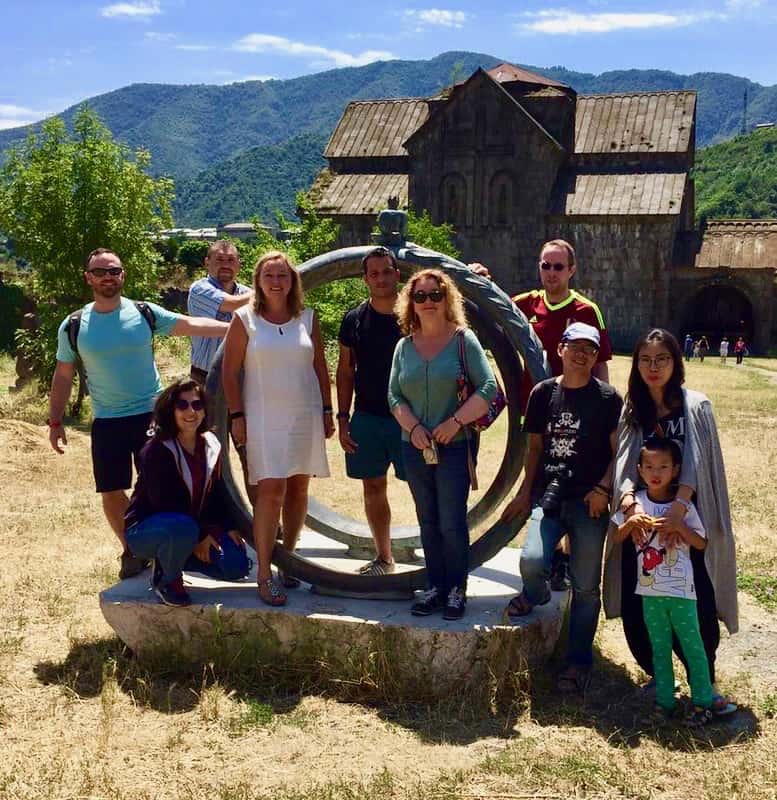 Haghpat and Sanahin together form a UNESCO World Heritage site.
Here are more heritage sites around the world.

Disclosure? Nope, nothing here. Paid for it all myself.