World at a Glance: The place where the gods were created – and high heels 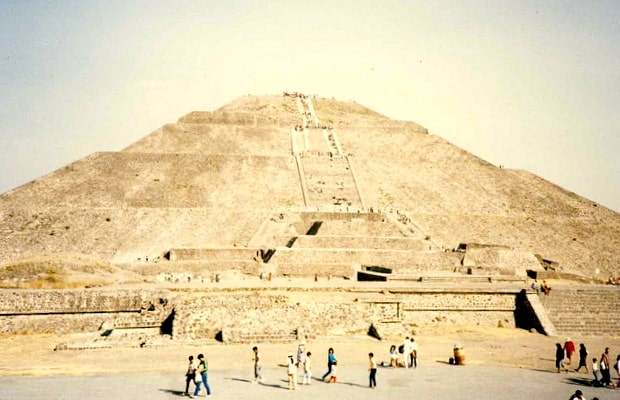 I’m sitting outdoors at a cafe in wintry Oslo today, with a red and turquoise fleece blanket enveloping my shoulders, steaming mug of tea in hand, watching people – mostly on their way to the shops to exchange gifts, I reckon. Those two extra copies of the latest Jo Nesbø novel… or whatever. Suddenly I see her.

Or rather, her heels: spiked, about 20 centimetres long. On glaze pavement. Must be a foreigner. Norwegian women rarely wear stilettos, and certainly not outdoors in winter; we’re too practical. Sure enough, she sits down at the next table, fetches her mobile from a large handbag and begins a conversation in Russian.

I don’t snap a pic of her boots, that would be awkward. Instead, I’m delving into memories from a long-ago visit to this mystical city. 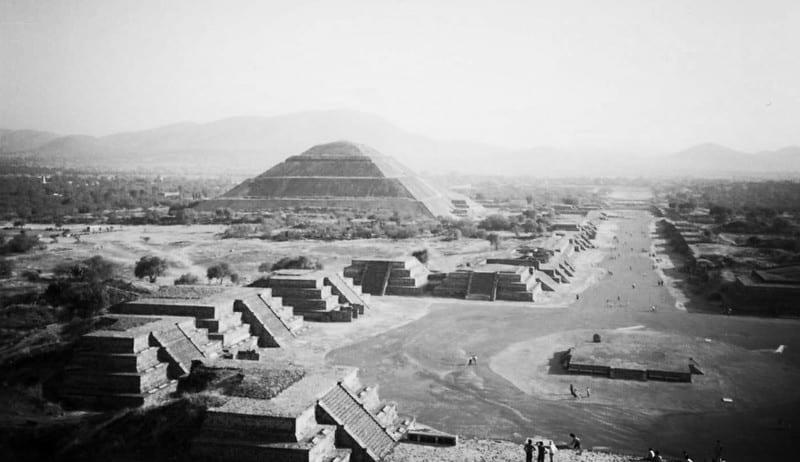 Teotihuacan – established about 2000 years ago, by founders unknown, and at one time, one of the world’s largest cities. One of its earliest multi-ethnic cities as well. I expect one would hear the various languages of the Nahua, the Otomi, the Zapotec… around town, much like I’m listening to the Russian girl at the next table.

But what does Teotihuacan have to do with stilettos? Nothing, really… except I’m reminded of several local women standing on top of the Pyramid of the Moon alongside me, in their impossibly high heels, looking out on the Avenue of the Dead. I wondered what the women of ancient Teotihuacan would think, looking through the veil of time. Impressive, in an odd sort of way (climbing down was nerve-wracking enough with trainers). Awe-inspiring even.

And just now I have that same feeling.

World at a Glance is a series of short articles here on Sophie’s World, with a single photo (making an exception today) – portraying curious, evocative, happy, sad or wondrous, unexpected little encounters.