The old bridge in Mostar (Day out Dubrovnik)

This week’s #frifotos* theme is symbols. What first popped into my mind was Stari Most.

I think the old bridge in Mostar is one of the most powerful symbols there is: of multiculturalism, of how people of different religions can co-exist, how reconciliation can actually work.

There’s a Middle Eastern flavour to Mostar. No surprise, of course: this was, after all, an Ottoman city for centuries. Mostar is also a hauntingly beautiful city: the crystal-clear waters of the river Neretva, the green, verdant hills, the houses in soft colours – reds, faded greens, warm beige, the copper and brass wares of the street vendors shining in the afternoon sun… 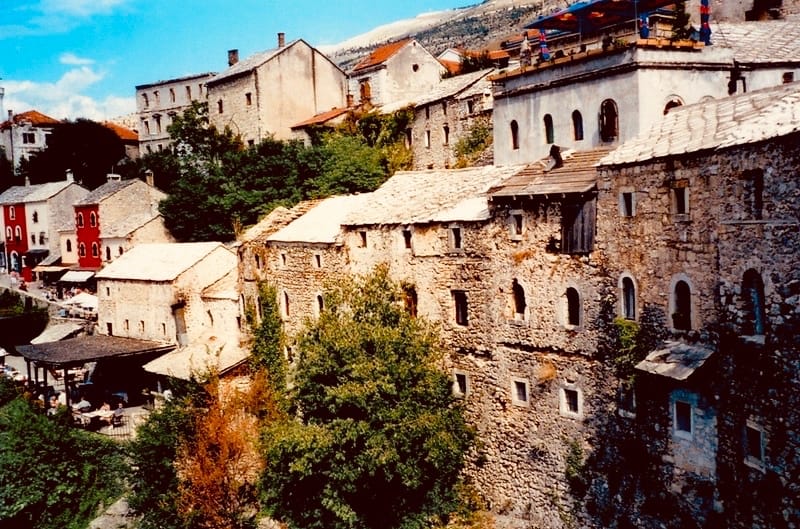 Continuing along the streets, I spotted bullet holes here, a bombed house there. Remnants of the war were everywhere. Perhaps still? 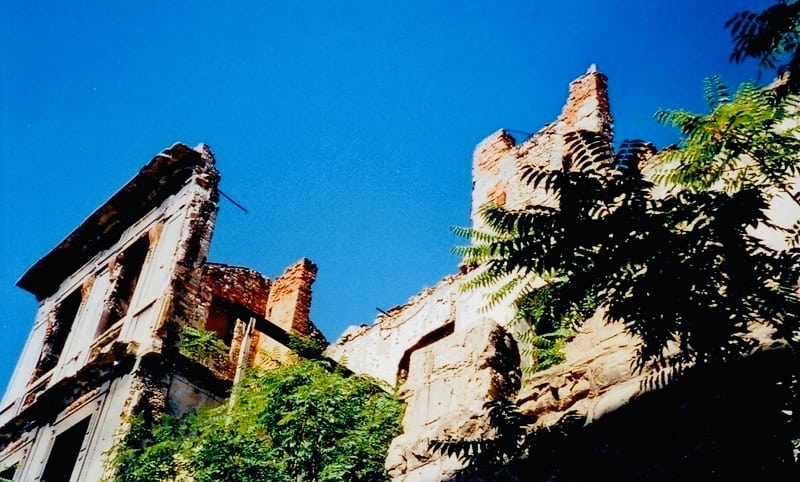 The old bridge in Mostar

The original stone bridge across the Neretva was constructed by the Ottoman rulers of Bosnia-Herzegovina nearly 500 years ago – and brutally demolished by Bosnian-Croat forces in 1993. During the Balkan wars of the 1990s, Mostar suffered great losses, not least the iconic bridge. More than an architectural masterpiece was lost. Destroying the bridge meant people were separated from their friends and families for years.

The bridge is rebuilt now, using the same means and materials as the Ottoman architects did in the 1560s. Britain’s Prince Charles performed the solemn, official opening of the new bridge in July 2004. I took these photos two months later. The following year, UNESCO added the old bridge in Mostar to its list of cultural heritage with outstanding universal value. 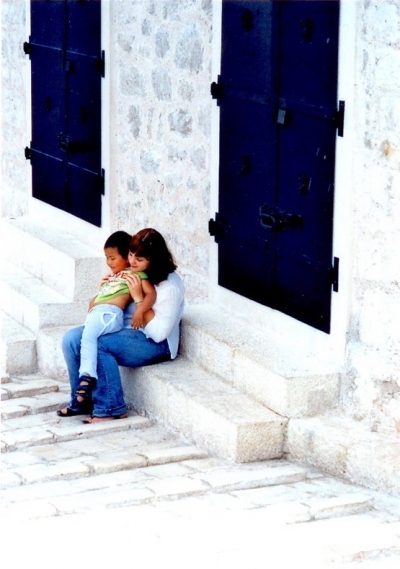 On a more curious note, boys leap from the bridge into the surging icy-cold river below, haphazardly playing with their lives. My youngest daughter is fascinated. Jumping off the bridge is an ancient tradition, says Jusuf, a young man standing next to me. And sure enough, the first dive recorded is from 1664. To impress the girls? I wonder out loud. ‘No.’ Jusuf laughs. ‘To impress each other.’

*#FriFotos is a weekly Twitter chat founded by @EpsteinTravels where travellers share their favourite photos. Each week has a theme.