A few weeks ago, I was back in Munich. Always a treat! As ever, I look for new things to see or do in the old, familiar places. I’ve written about the lovely Marienplatz and the charming Viktualienmarkt before, so I won’t say more about them now. Nor will I mention Oktoberfest again, even though this is October. Instead, I’ll tell you about three new discoveries (new to me, that is – and maybe to you, as well). 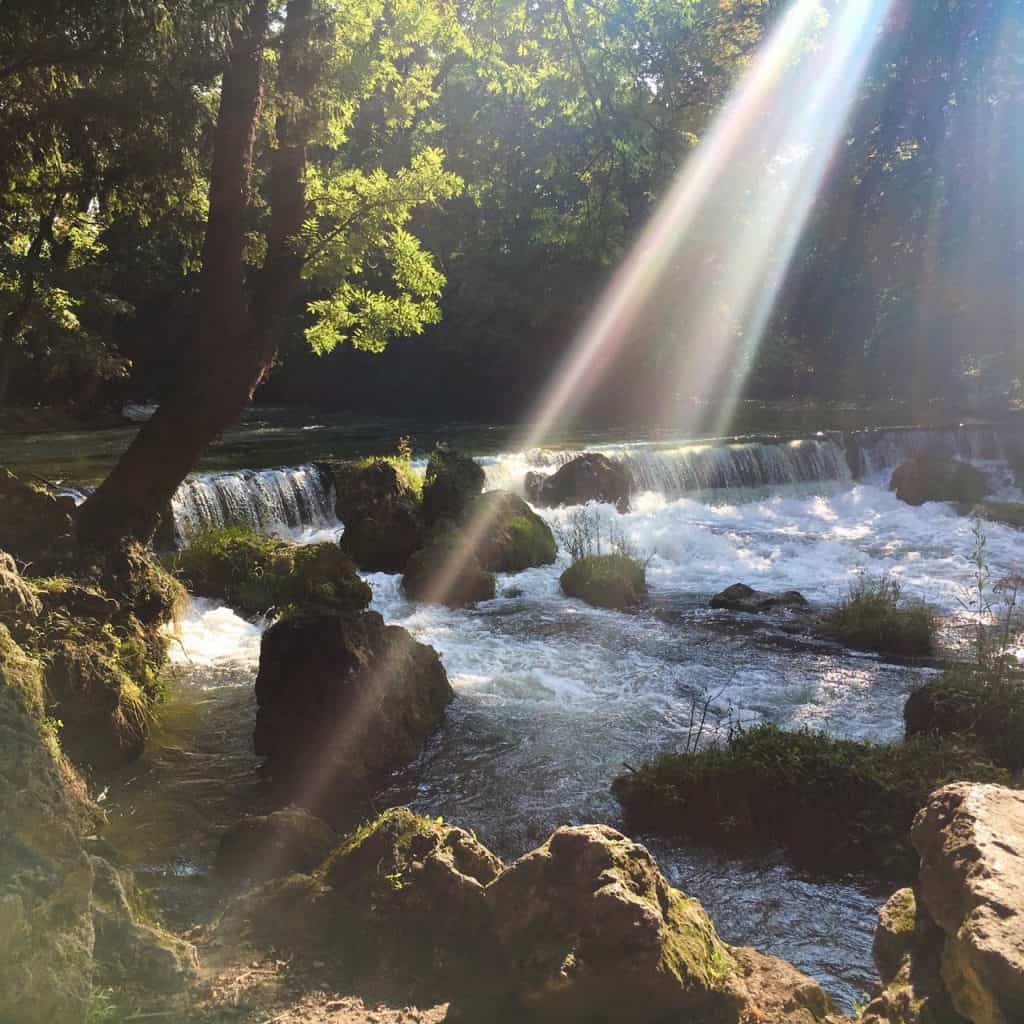 Wow! Where to even begin with Englischer Garten? I had expected a park. You know, large green space, with trees and perhaps a bit of water. What I had not expected, was naked people sunbathing or roaming around in the middle of a city, as if this was their very private secluded garden. All very natural. Englischer Garten is one of six designated spots in the city where nude sunbathing is allowed.

There are beautiful waterfalls as well – and Chinese towers, a Japanese tea house, an Apollo Temple and, not least, brave surfers!

I have it on good authority this is a particularly challenging surfer spot, attested by the sign saying only expert surfers should attempt this wave. The rule is one at a time, either until you lose balance and quickly get carried away by the fast-flowing stream – or, if you’re one of the few that doesn’t topple over, you drop out anyway, so the next hopeful get her/his chance. (The girl in green is practically dancing!)

Englischer Garten is one of the largest public parks in the world (almost twice the size of Central Park in New York), and I could easily have spent an entire day here. 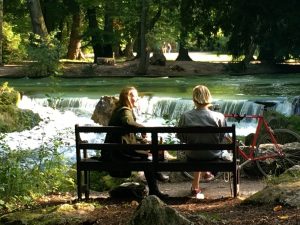 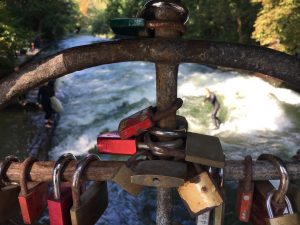 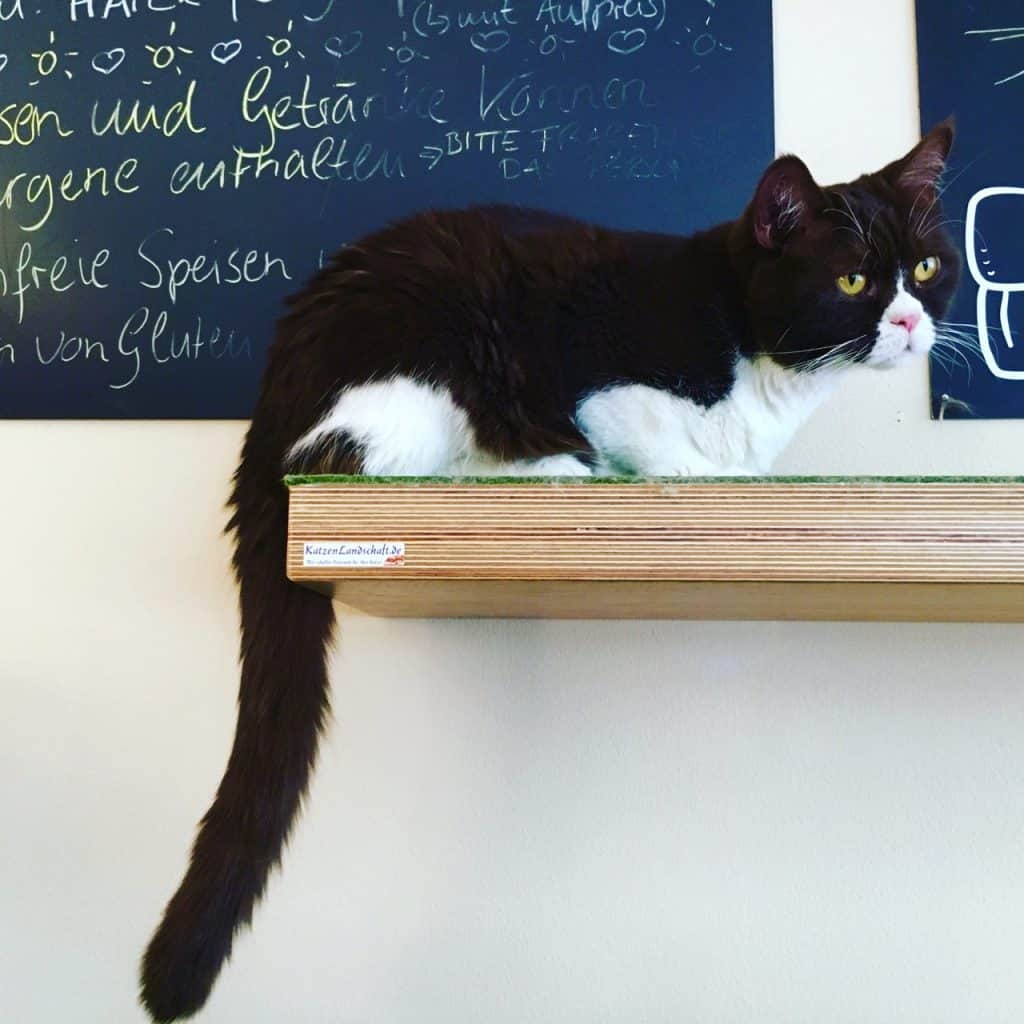 On the hip and lively Türkenstrasse is Germany’s first cat cafe.

Six rescued felines inhabit this mostly vegan cafe. If you’re lucky, they’re in the mood for a bit of a cuddle. If they’re not, they’re not. They’re cats – and cats call the shots. Always!

The philosophy behind Cafe Katzentempel is simple: animal welfare and a sustainable, environmentally conscious way of life. Menu offerings include coffee and cake, hearty breakfasts, lunch and dinner, all organic, locally sourced and prepared in-house. 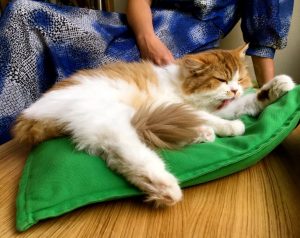 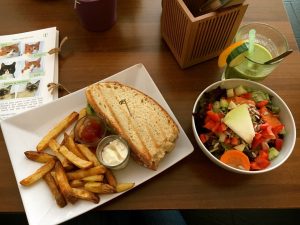 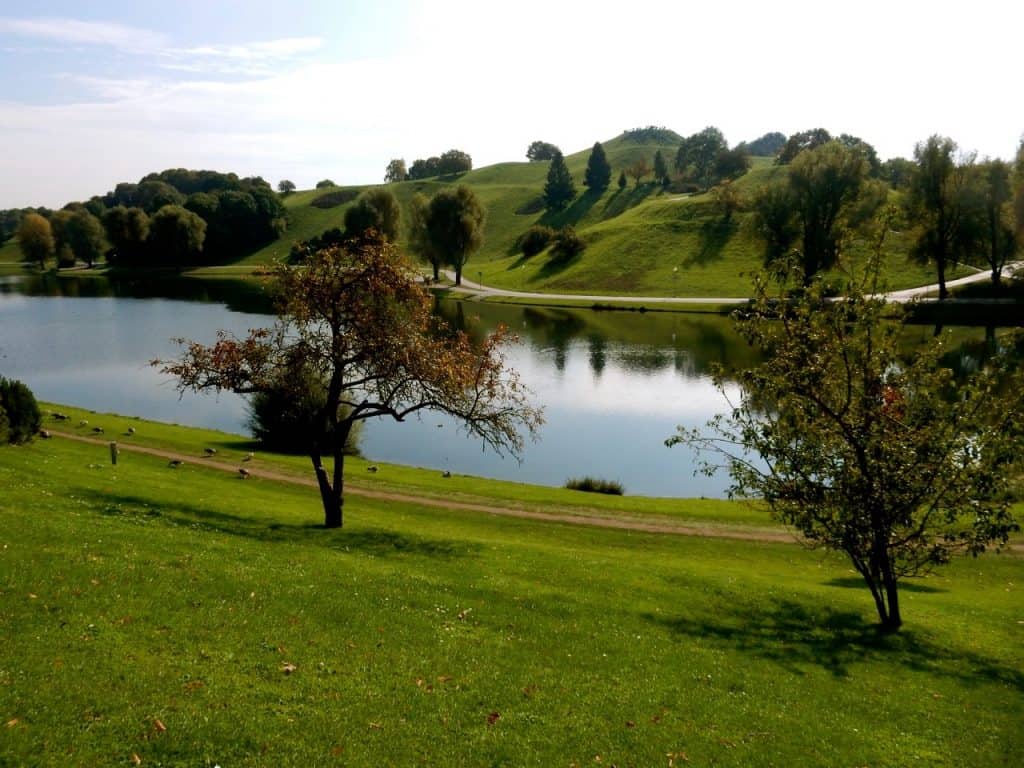 Olympiapark is a nice area for a wander. This airfield-turned-olympic area, was constructed for the 1972 Olympics, and has lakes, biking paths, various sports facilities, and the famous football stadium, very innovative for its time, with sweeping transparent acrylic awnings.

Today, Olympiapark is venue for numerous sporting events (including Holiday on Ice), as well as concerts (Night at the Proms, anyone?) and exhibitions. The athletic achievements of these games sadly remain in the shadow of the fatal attack on the Israeli team; both the Olympians and the victims of the massacre are remembered in Olympiapark, next to the stadium. 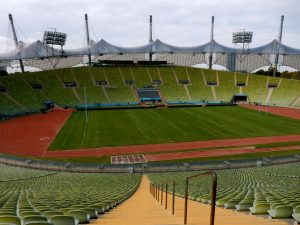 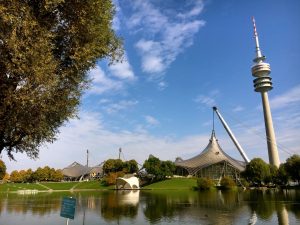 Disclosure: I’ve been in Munich many times, sometimes on my own accord and sometimes at the invitation of someone else. On this journey, I stopped by as part of the campaign #Luthercountry, created by iambassador in cooperation with the German tourist office. Any opinion is mine, all mine. As always, as ever.