Christmas marzipan has appeared in the shops up here in the northern European world; a sure sign of the approaching Yule (which is what we call Christmas, heathens that we are). A bit early, in my opinion, it’s just October. But what can you do – except enjoy all the almond-y goodness, while it’s still fresh… 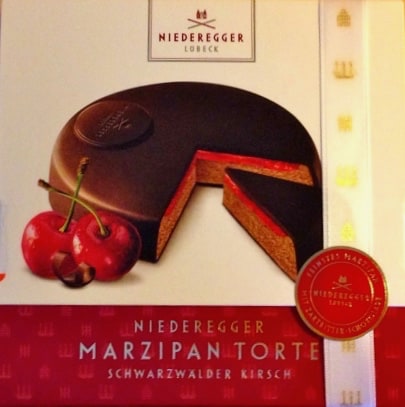 I’m reminded of something I heard a long time ago: a quote from even longer ago, 1470:

dried almonds keep you from getting drunk if you eat five pieces of them.

With almonds as a main ingredient, this must surely mean marzipan has the same effect, no? Something to try out over Christmas, perhaps?

Now, as marzipan goes, Norwegian is the best. Fact. But first runner-up is Lübeck, specifically that from Niederegger, award-winning marzipan specialists for more than 200 years.

And with that sorta kinda non-sequitur intro, I’m beginning a little miniseries here on Sophie’s World, on great days out from Hamburg. First out is…

Just 45 minutes by train from Hamburg, Lübeck is one of several practically perfect daytrips from Germany’s second largest city. And this pretty city is about much more than a sugar high.

I’ve been in Lübeck many times, but always in a hurry, it seems, with either a meeting or conference or some such to steal my focus away from marzipan and everything else. Just once have I had time for a wander about town with a camera. Next time, I’ll be sure to at least have coffee at the sweet (in every sense) Cafe Niederegger, and maybe visit the local marzipan museum, too. Today though, I wanted to share three of my favourite places in town. 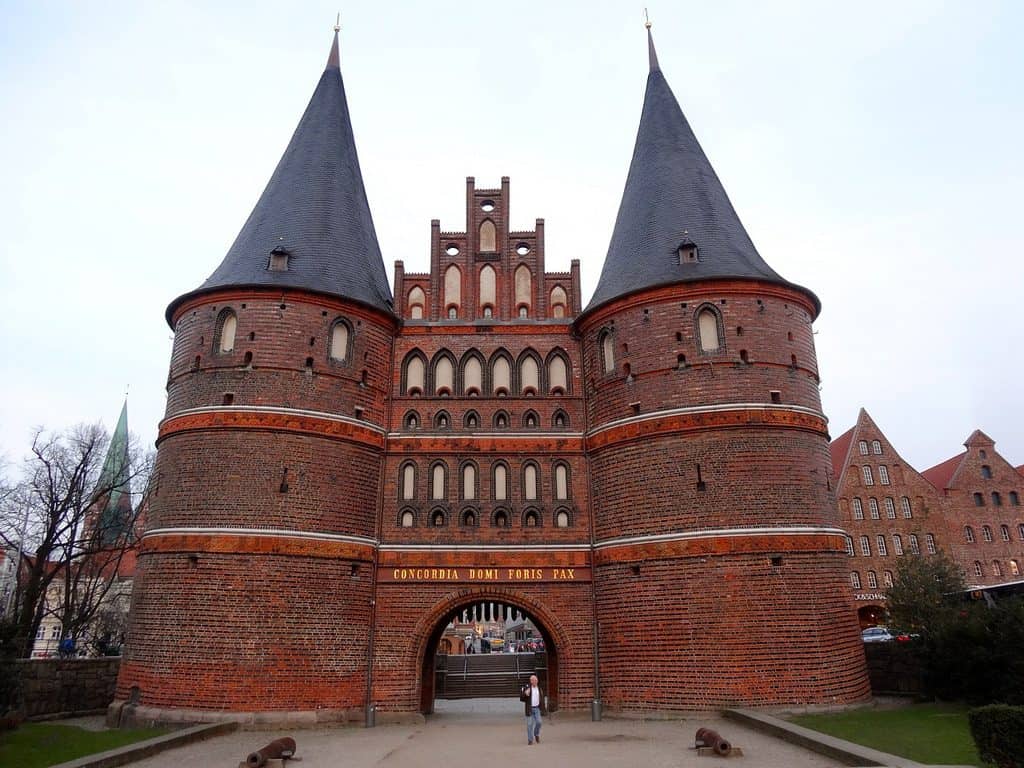 Unity at home and peace abroad

Enter Lübeck through the Holstentor. If it looks familiar, you may have spotted it on the 2 € coin. Or, if you remember back to a time just before the turn of the millennium, when Deutsche Mark was the legal tender in Germany, this brick gate adorned 5 and 10 DM stamps. This might very well be the most famous of German landmarks.

Lübeck is not just one of many Hanseatic cities. Once an Imperial Freistadt, one of three Free Cities, answerable only to the emperor, the city lost that status in 1937. Lübeck was also capital of the Hanseatic League. You may remember that powerful 12th to 16th century confederation of merchant guilds, a watershed period in Northern European history.

Holstentor is from 1464. See the gold lettering above the gateway entrance? CONCORDIA DOMI FORIS PAX, unity at home and peace abroad. A worthy motto, to be sure. There’s a museum inside, mostly focussing on trade and shipping. This is for you if you’re interested in the Hanseatic period. Plus, you can climb up delightfully narrow stairs. 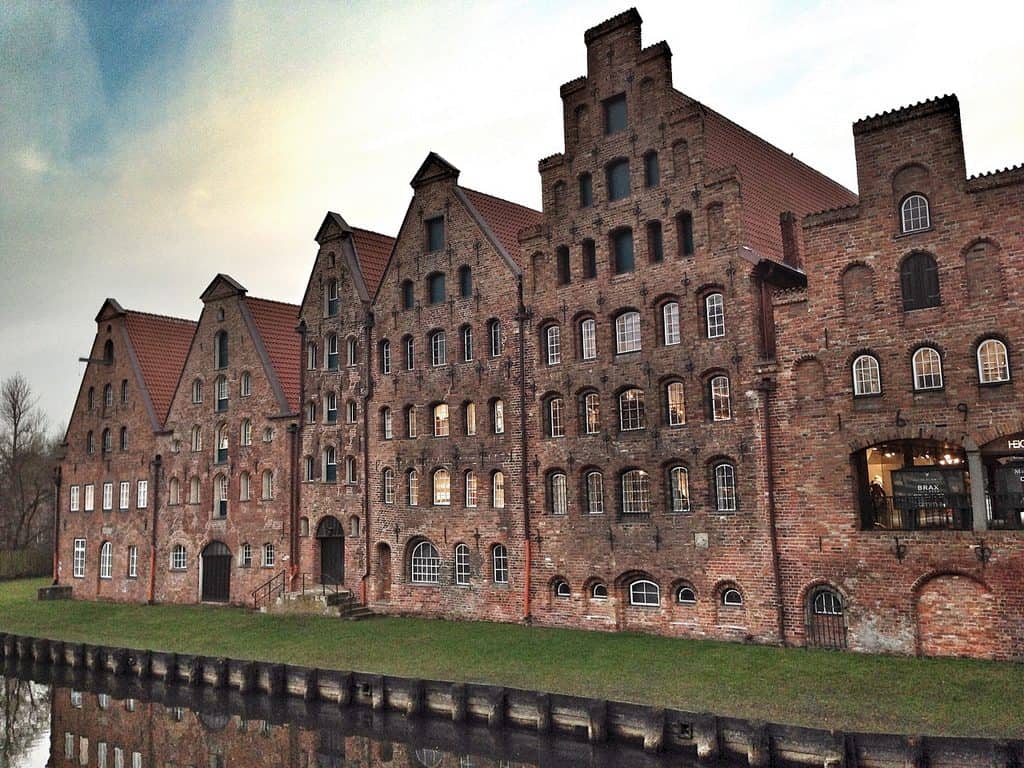 I really like the picturesque Salzspeicher. Next to Holstentor, along the River Trave, these six brick warehouses, built in the 16th – 18th centuries, were used for salt storage. The salt was exported up here to Norway, where it was used to preserve fish. Precious stuff. Today, you’ll find a department store here. 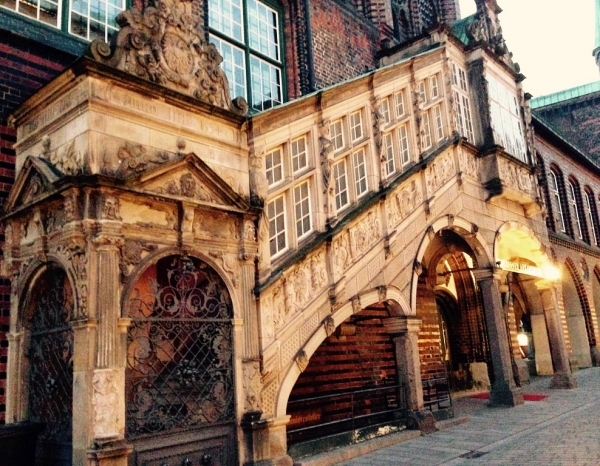 The narrow, cobbled alleys of Lübeck’s historic old town is perfect for a stroll. You’ll then bump into the Gothic City Hall with its high arches. On what is already one of the most beautiful buildings in all of Germany, this renaissance staircase from 1594 is perhaps the fairest of all. And just across the street, Breite Strasse, is Niederegger, and all the marzipan your little stomach desires.

And so, we’ve come full circle for this little piece.