I come from a long line of people going west. At the turn of the century (19th/20th), many Norwegians left home for America, some for a brief spell and some forever. Some to try their luck, some for curiosity, some just for the kicks: a new country, new people, a new language, a melting pot of cultures. 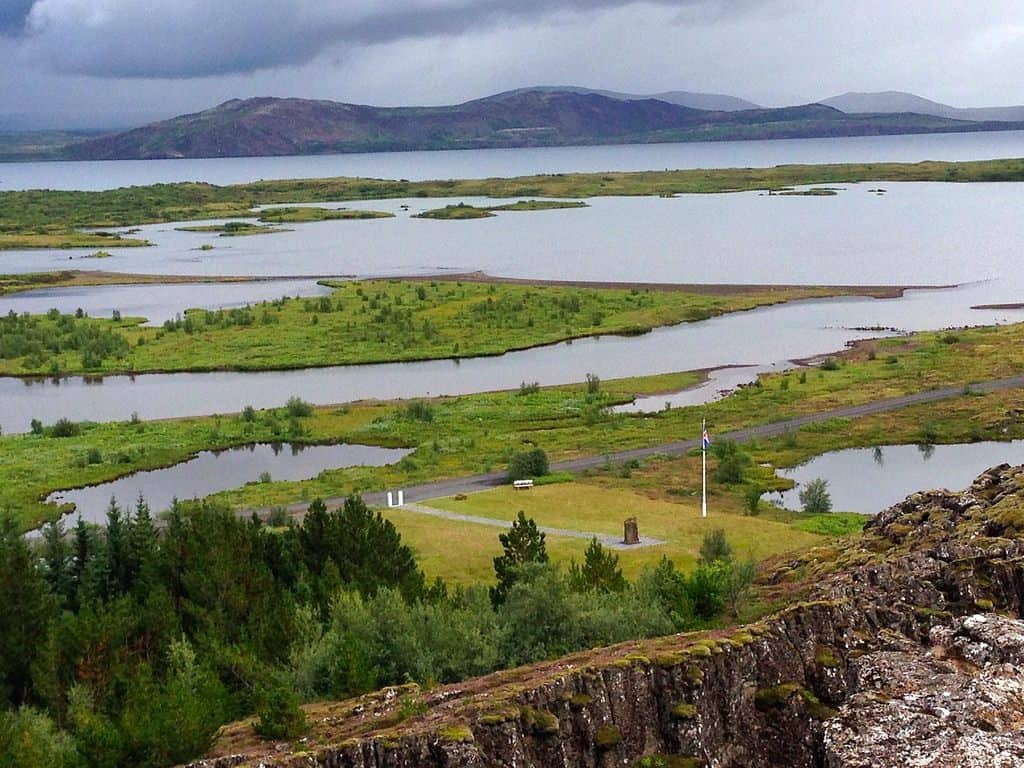 But the idea of pulling up roots and settle on other shores didn’t begin there. About 1000 years earlier, Ingólfr Arnarson and Hallveig Frodesdatter from Sunnfjord in Western Norway decided to leave their homeland and give the west a go. This couple were the first to settle in Iceland, and founded Reykjavik in 874. No melting pot, no new language, no new people… in fact, not many people at all. Just a few Irish monks (so the story goes) who didn’t stick around. Too much to deal with, those newcomers with their heathen ways, perhaps?

There was a Norwegian called Ingólfr, of whom it is said truthfully that he was the first to travel from there to Iceland—when Haraldr inn hárfagri was sixteen years old…

(From the 12th century Íslendingabók)

Now, what inspired Hallveig and Ingólfr to undertake this bold move? A sense of curiosity and lust for exploration? No, it appears their reasons were a bit more pragmatic: rumour has it, Ingólfr was involved in a blood feud, and thought it best to get out of Dodge!

There’s more to this story, to be found in the Icelandic settlement saga, Landnámabók. But for this post, we’re skipping a generation ahead, to their son. Torstein Ingólfsson founded the first parliament in Iceland, a forerunner to the present-day Alþingi. To keep things simple (and free of old Norse letters), we’ll use the term Althing.

From 930, the Althing is the world’s first parliament – although the Faroese take issue with that, claiming their Løgting is even older. And the Faroe Islands was settled a bit earlier than Iceland, also by Norwegians.

For the Vikings – both in the Faroes and in Iceland – it was important that parliament was held in a neutral zone, so nobody had home-turf advantage. And so it was settled on Thingvellir (parliament fields) as location.

Open for all free men to attend, the Althing met once a year, to settle disputes and decide on new laws. It was the highlight of the year for adults and kids, with all sorts of things going on alongside: merchants came to peddle their wares, and artisans their services. Travellers and storytellers were in attendance naturally, the travel bloggers of the day. All were living in camps set up specially. Nothing is new under the sun, in other words…

Law Rock was centre of the event, today marked by the Icelandic flag flying high. 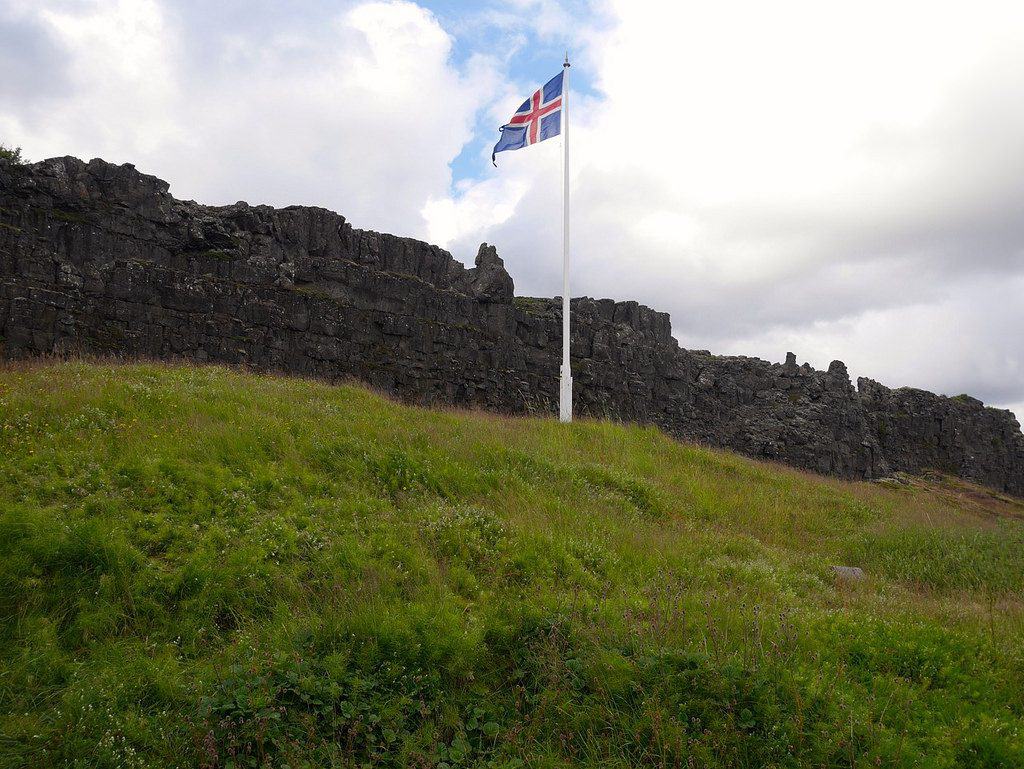 The field was venue for parliamentary discussions until 1798. Today, the Althing meets indoors, in Parliament House in Reykjavik.

Thingvellir is one of my favourite World Heritage sites. It’s easy to travel back in time. I picture a large lively crowd (not too large, this was – and still is – a small country), kids running around, music and fun, a general atmosphere of joviality and lightheartedness. 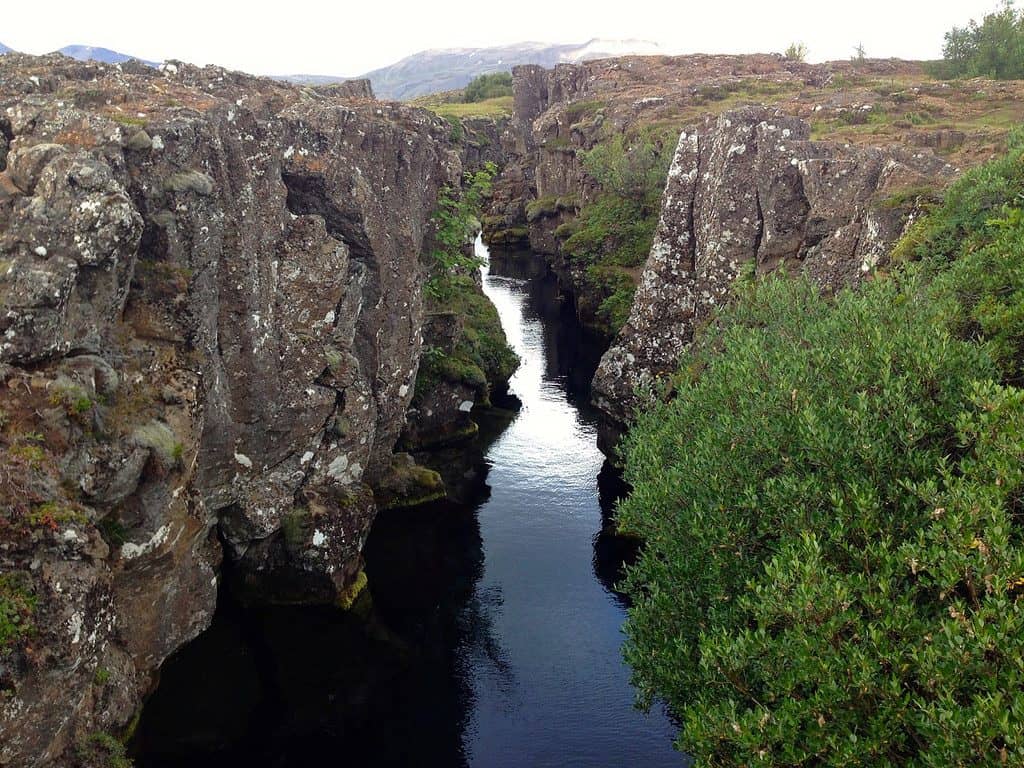 Thingvellir is just 40 km from Reykjavik, an easy daytrip. And as if the site of the world’s oldest parliament isn’t enough, you can also snorkle and scuba dive between continents in the clearest of waters. Here at Lake Silfra, the European and American tectonic plates meet. 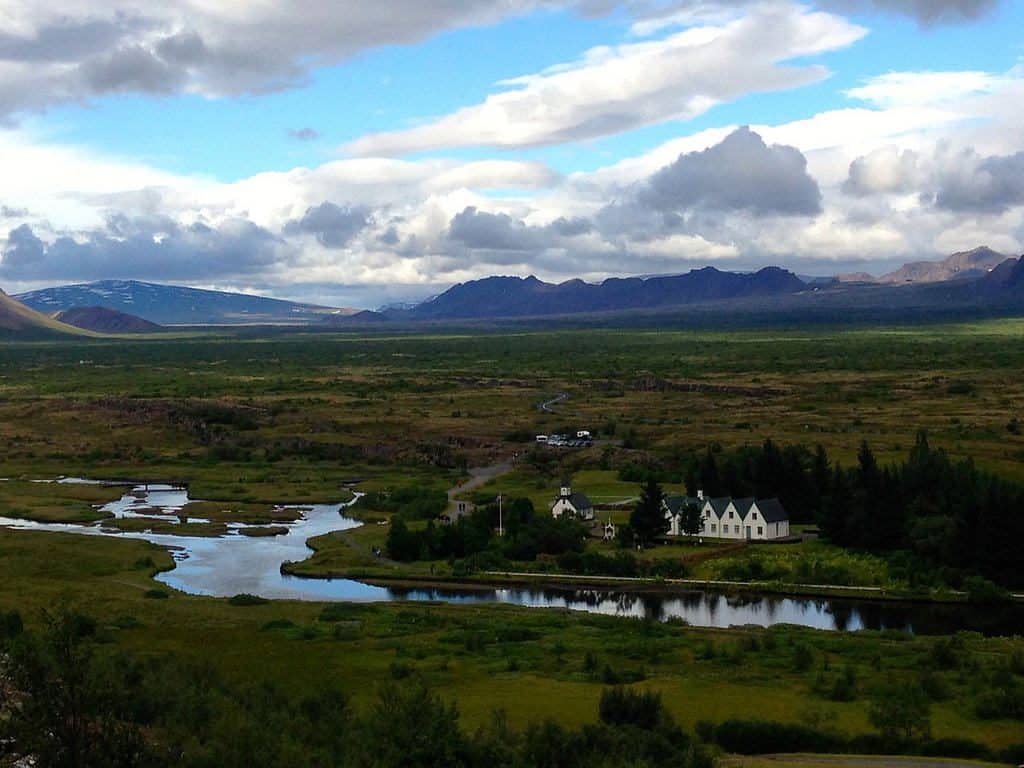