I’m in a bit of a dilemma. Terri from Europe Up Close has invited me to join in the fun and games at Tripbase and nominate my 3 best kept travel secrets.

The dilemma? Well, the world is overflowing with gems, so how do I choose only 3? I begin making a list. A long list! After leaving out gems that are not so hidden, including San Gimignano, Canada’s Prince Edward Island, Hay-on-Wye, wadlopen at low tide to the Frisian islands, the British Museum, the spectacularly green and verdant Azores Archipelago – the visible part of the Atlantic Ridge (the tallest mountains on earth), the tiny penguins at Philip Island and the fjords of Western Norway, I’m left with 27.

Again I cut – oh agony! Away goes jogging the entire length of the corniche in Kuwait, that urban oasis Basta Art Cafe in Dubai, Bahrain‘s sweet Muharraq district, the stunning Norfolk Island, adorable little Walhalla near Melbourne and the great rambling guest house, Aggie Grey’s in Apia, Samoa. And Cairo’s Egyptian Museum. More cutting and I’m now left with 10. Out of the running this time is Anse Lazio on the Seychellois island of Praslin, probably the world’s most beautiful beach. So is the Nubian island of Elephantine in the Nile. And smoking sheesha lying on a sofa in the gardens of Luxor’s fabulous Winter Palace hotel. I leave out three wonderful destinations in three tiny kingdoms: hiking to Triesenberg in Liechtenstein, marvelling at the Mapu’a ‘a Blowholes in Tonga and riding surefooted Basotho ponies in Malealea, Lesotho. I chuck having tea on the terrace of the President hotel in Gaborone – just like Mma Ramotswe, the Number 1 ladies’ detective.

Last to go are the Hebrides, the mysterious Tuscan walled town of Monteriggioni, the windblown Baltic coast of Denmark, Tallinn’s old town and crossing the dazzling and deadly salt desert Chott-el-Djerid in Tunisia. Likewise, any number of breathtaking spots in my home country Norway and my once-upon-a-time home New Zealand are all tossed aside.

And so I’m left with these three: 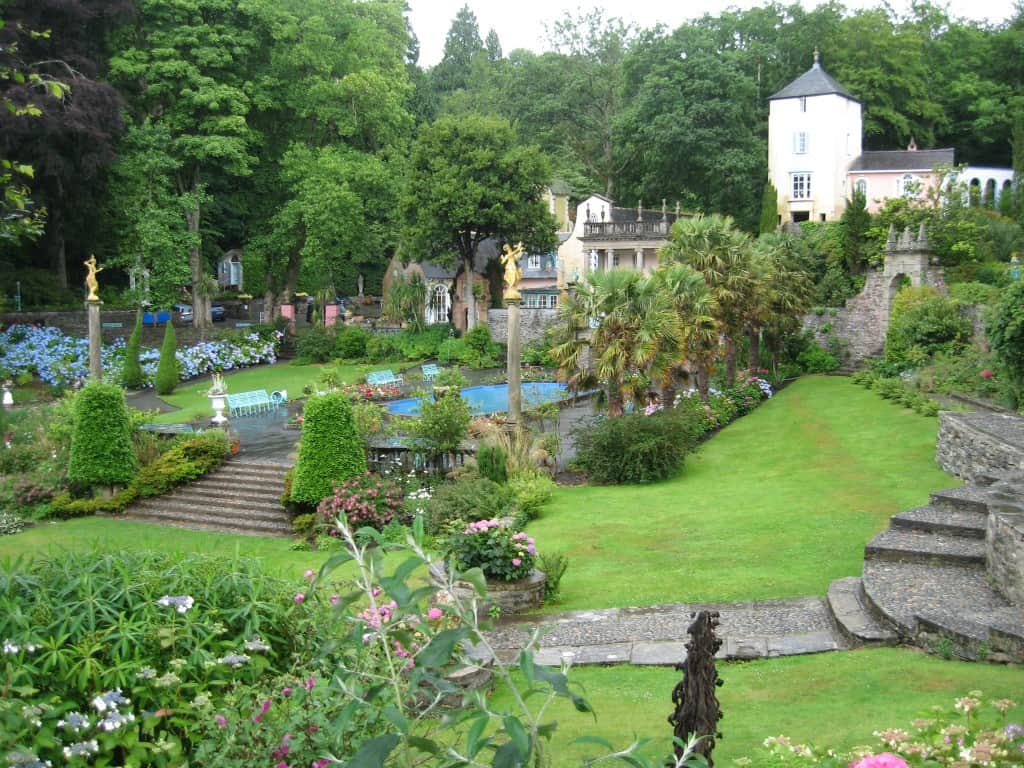 The seaside village of Portmeirion was conceived by eccentric architect and conservationist Clough Williams-Ellis. Although architect is perhaps not the correct title. After 3 months’ studies, he decided he had learnt enough. Firmly believing a planned community could be beautiful, he created Portmeirion. It’s an absolute masterpiece. And probably unlike anything you’ve ever seen.

After entering the village through a michelangelesque archway reminiscent of the Sistine Chapel, everything is magic: a piazza with a pool, a fountain and golden statues on tall pedestals. Turn a corner, and you’ll see houses with lofty bell towers and odd little balconies, statues in niches, a colonnade, a Gothic pavilion, secret grottos, a gazebo, a bandstand, gargoyles, a giant golden Buddha in a temple even.

Heaps of flowers are everywhere, along with tall firs, oaks, willows and a giant sycamore. All is vibrant, lush. As is the bright turquoise of the pools, the houses painted in warm lavender, rich persimmon, shimmering cerise and golden honey. In the woods immediately outside the village, is the slightly spooky Castell Deudraeth. Portmeirion is a fairytale! 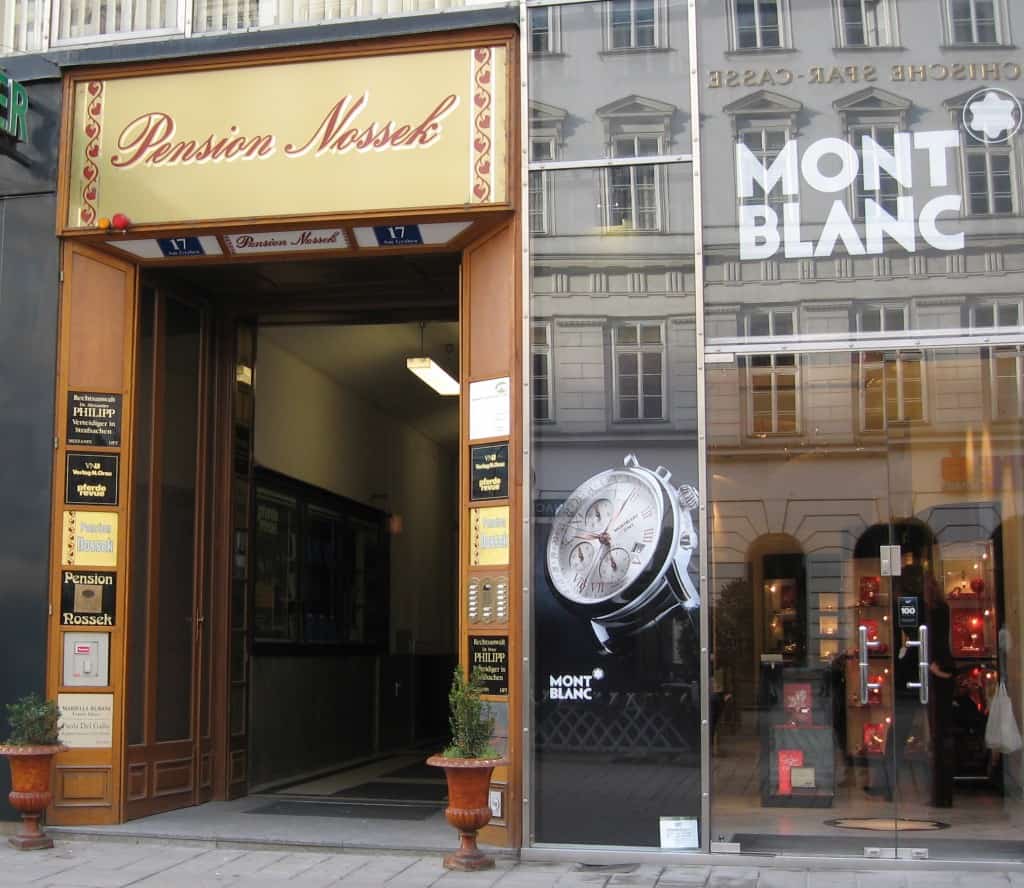 Pension Nossek on no. 17 Graben Street in Vienna is one of my favourite B&Bs anywhere. It’s very old world and very Viennese, with high ceilings, wooden floors and Persian carpets. Just metres from Stephansplatz, it’s simply not possible to be more centrally located in Vienna.

Advent is especially magical in Austria’s romantic capital – with Christmas markets and huge bells of warm lights suspended from above. With the elegant baroque edifices and magnificent gilded statues along pedestrianised Graben, the effect is stunning. It might as well be 1781. That’s when Wolfgang Amadeus Mozart walked along this street to his home at no. 17, passing the markets on his way. I adore opening the large, wooden door to that very same house with my own key, then climbing the winding stairway, thinking about how he must have done just that 230 years ago. 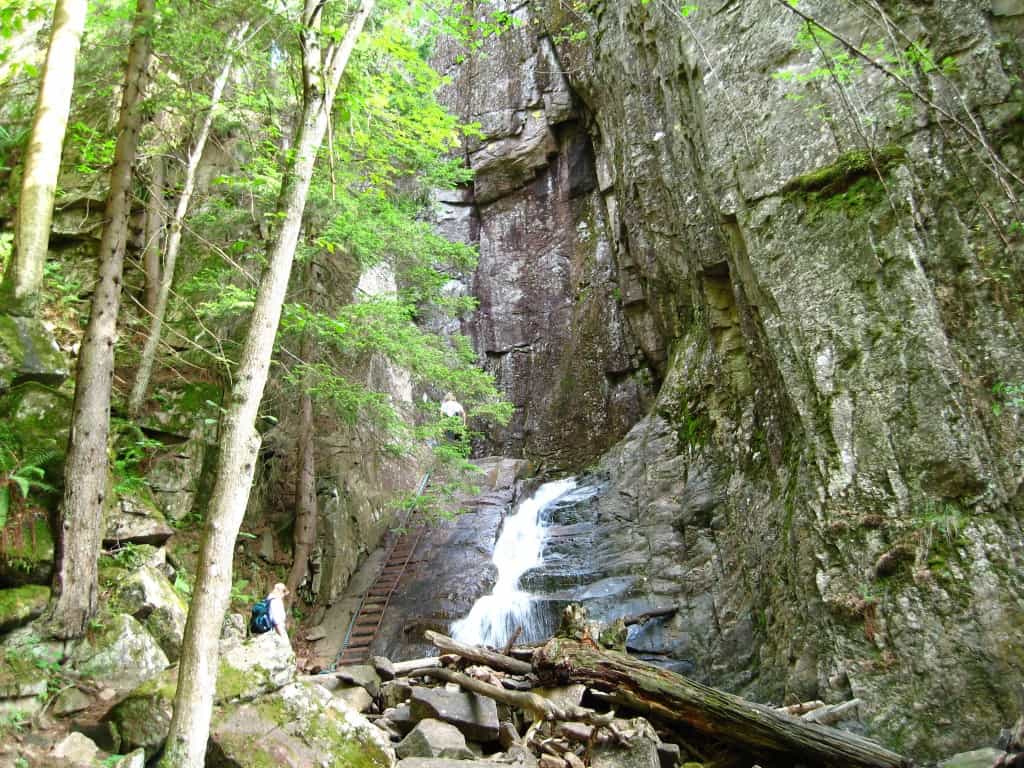 Once you find it, you’ll be enthralled, ascending the 1300 metres hidden by steep walls on either side, 60 metres high. Along the watery path, hopping from rock to rock, you’ll pass 1000-year-old trees, left to decompose naturally. Halfway up, a rope has been tacked along the mountain side, helping you ford a particularly challenging passage. But don’t worry; this is not a demanding climb. In fact, it’s a popular school outing, so you might just bump into a class of local 3rd graders.

Near the top is a waterfall. And an iron ladder, bolted into the rock face. Climbing the ladder to the top, the water will probably hit you right in the face. Exhilarating! On top, idyllic Lake Gamledammen and a well-deserved rest awaits.