This weekend I’m out and about exploring Germany. UNESCO Germany has very kindly invited me on a journey through history; one with great time leaps at either end. If you’d like, you can follow along on the #joingermantradition social wall.

With jobs and kids and whatnot, I have a window of a mere four days to jump through the loopholes of time. Whirlwind, but there it is.

I began in the very 21st century Frankfurt Airport yesterday, then moved back to monastic life in the 12th century at Maulbronn Monastery. The magnificent Speyer Cathedral took me back yet another century. A further three brought me to the 8th century Lorsch Abbey. Now, I’m about to take the greatest leap of all. Centuries, even millennia, are no longer significant, they’re like mere seconds, when my time machine lands in the Messel Pit, 47 million years ago.

After Messel, I’ll wander through forests and farmland to look for remains of the frontiers of the Roman Empire. Fast forward 2000 years, and I’m back in the present in the Rhine Valley landscape – which in many ways is timeless. 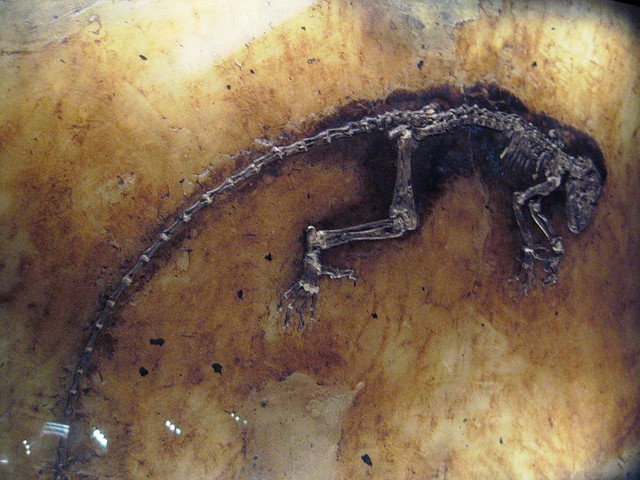 I’m enjoying everything, but especially looking forward to walking through the Messel Pit in a short while. So what’s so thrilling about a pit, you might wonder? Well, ever since I first laid eyes on Ida – at 47-million-years-old, she’s our earliest ancestor – at the Natural History Museum in Oslo, I’ve been very keen to see where she was found, where she hung about, and where she possibly fell into a lake and drowned, poor little thing. The idea of wandering through the great crater fills me with childish excitement.

I’ll tell you all about it all in the weeks and months to come.

Disclosure: I’m here as a guest of UNESCO Germany and the German National Tourist Organisation and I’m already experiencing plenty of Gemütlichkeit along the way. As always, I’ll write about whatever I please. Of course.