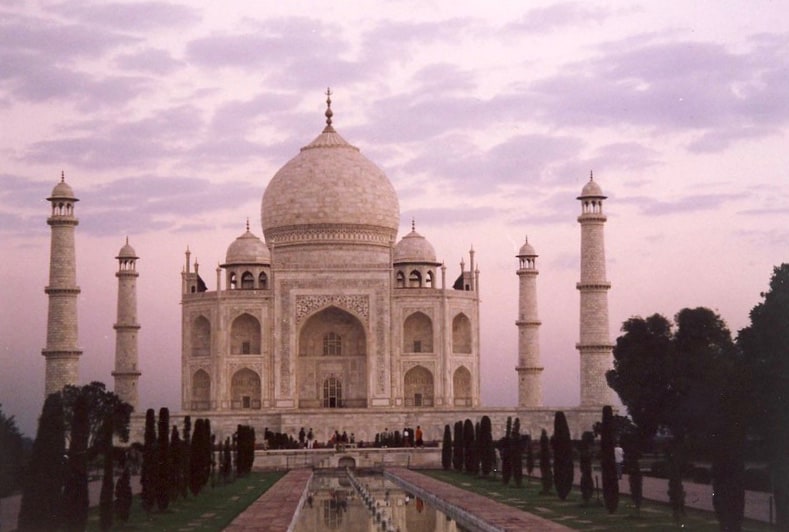 Even though it’s a mausoleum, a funeral mosque, the Taj Mahal must surely be one of the most romantic buildings in the world. But then romance and tragedy often seem to go hand in hand, don’t they?

In 1631, Mumtaz Mahal, wife of Mughal emperor Shah Jahan, dies giving birth to their 14th child. The emperor, heartbroken, begins work on this exceptionally lovely monument to perpetuate her memory. Here is his description of the building:

Should guilty seek asylum here,
Like one pardoned, he becomes free from sin.
Should a sinner make his way to this mansion,
All his past sins are to be washed away.
The sight of this mansion creates sorrowing sighs;
And the sun and the moon shed tears from their eyes.
In this world this edifice has been made;
To display thereby the creator’s glory. 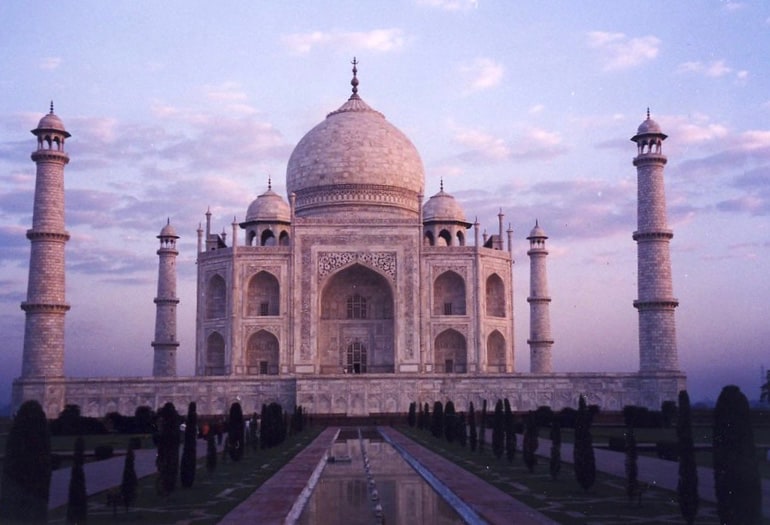 Years later, Shah Jahan is declared incompetent by his brutally ambitious son Aurangzeb and placed under house arrest in Agra Fort. For the last seven years of his life, he remains a prisoner there.

Not all bad, perhaps. The tower he was confined to had a balcony overlooking the Taj Mahal, so he could at least gaze at the grave of his true love. 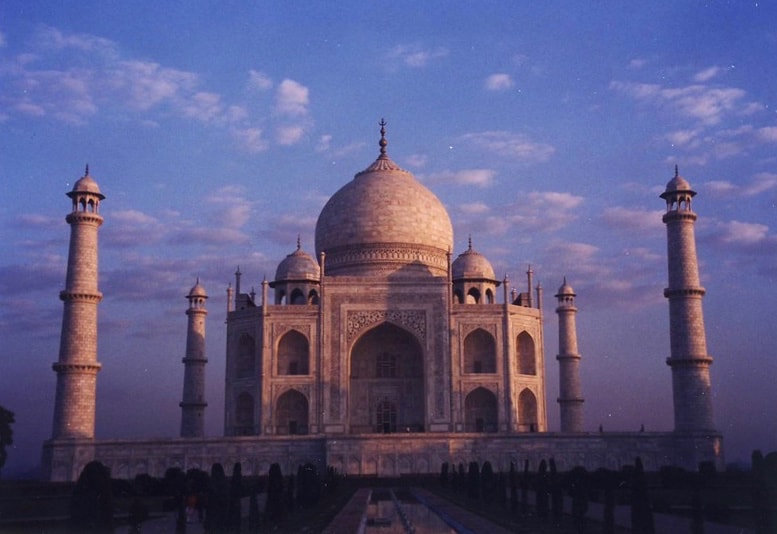 If you are more pragmatically disposed, it might interest you to know it took 22 years, 1 000 elephants and 20 000 workers to complete this architectural masterpiece in Agra. UNESCO inscribed Taj Mahal on its World Heritage list in 1983. 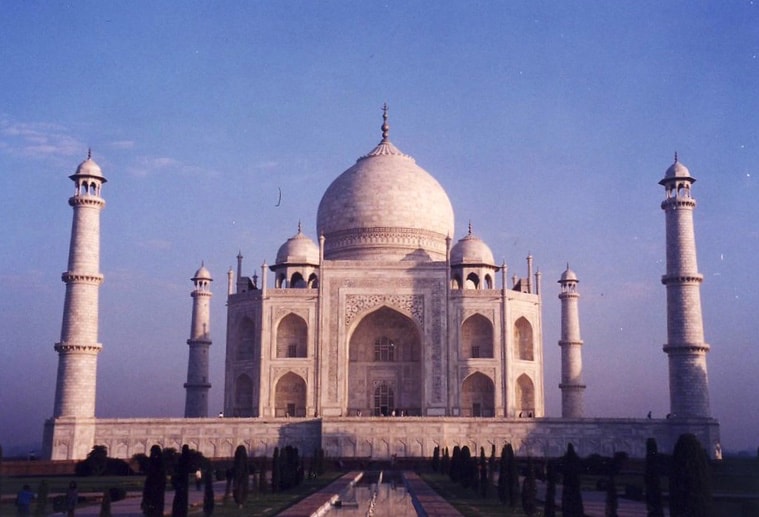 I took the above photos at 15-minute intervals as the sun rose on a November day in 1996. Nothing digital here, of course, simply old prints that are scanned. Despite the obvious flaws, I quite like them. 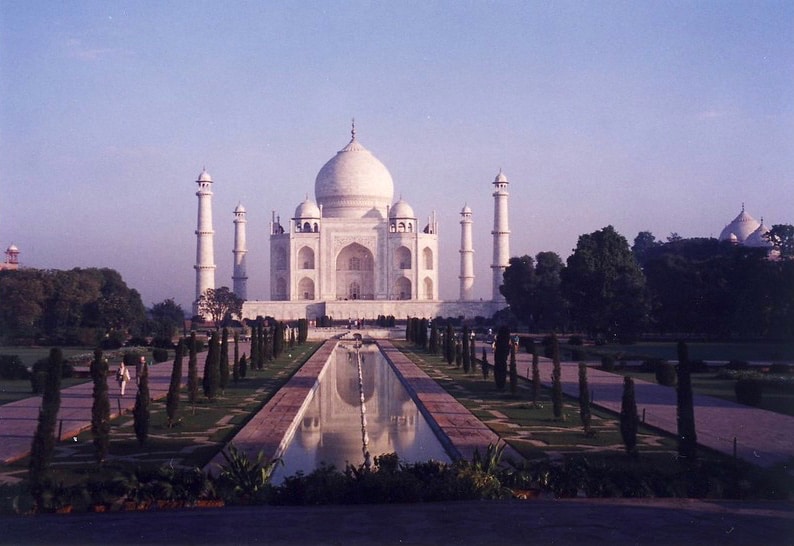 Have you visited the Taj? What’s the most romantic building you have seen?