So here it is – my first travel list of the new year.

In early January, the kids and I boated up the Nile, sailing up from Luxor to Aswan and back down. And Nubia! It was fantastic! And how could it possibly not be fantastic: cruising up a river surrounded by 5 000 years of history while living on what could easily be the set of an Agatha Christie mystery! 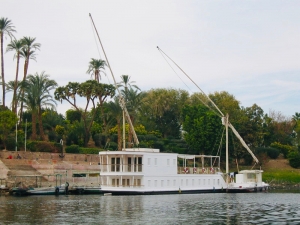 A dahabiya on the Nile

Later that month, work brought me to Sanderstølen on the beautiful Gol mountain. Coming back down the mountain, we were caught in a raging blizzard. A slightly thrilling beginning and end of January.

In April, I made a quick, but very thought-provoking visit to the world’s youngest nation, Kosovo. On the way, I stopped in Skopje and Prague. Skopje was my first visit to Macedonia and Prague is always a treat. 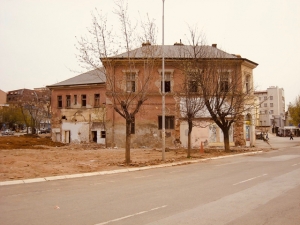 June was a busy month: First, my oldest daughter Alex and I went to Moldova and that peculiar semi-country Transdniestr. On the way, we stopped in Riga. 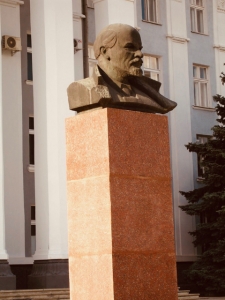 Later in June, I did two short work trips: One to Trondheim and one to Copenhagen. At the very end of June, my youngest daughter Cat and I went to Legoland. 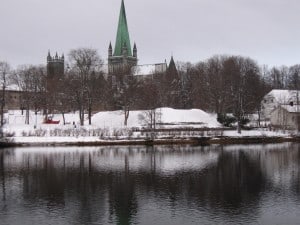 During the school holidays in July, we hired a car and travelled around in England and Wales. We all love Wales now, particularly Snowdonia, and that marvel of architecture designed by a non-architect – magical Portmeirion. Also, I was fascinated by mysterious Hay-on-Wye. With the castle and all those fabulous book shops, it’s high on my return-list! I’m much less enthusiastic about Bath – a bit over-rated, is my first impression. But to be frank, we only stayed a few hours. Will give it a closer look sometime. 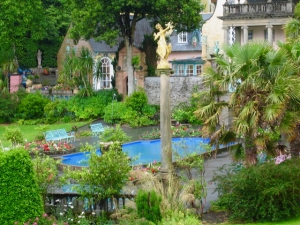 The kids, and Cat especially, likes to remain in the same place for a while, and after our trip around Britain, I felt I hadn’t seen as much as I wanted. A week later, I went back on my own, to get a quick glimpse of Liverpool and Manchester, but mainly to visit the Isle of Man. Seeing past the petrol heads and tax evaders, Man is absolutely beautiful. Also, it has a very interesting history – of druids and vikings. I enjoyed it a lot. 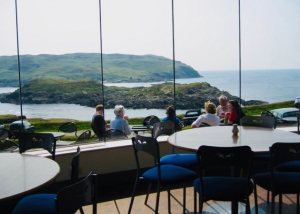 Manchester on the other hand – difficult to get a grasp on in just a few hours. I need to go back and stay longer. 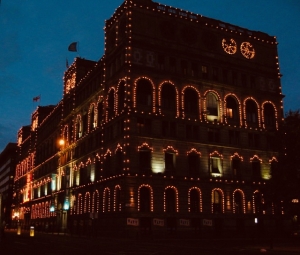 Still taking advantage of big sis babysitting little sis during her uni holidays, I did two short trips on my own in August: one to Trebinje in Republika Srpska, the Serbian part of Bosnia and Herzegovina, stopping off in gorgeous Dubrovnik on the way.

The other was to the twin cities of Esztergom (Hungary) and Sturovo (Slovakia) to write an article about the Danube Bend, and yet another chance to walk across an international border, a little hobby of mine. On the way home, I stopped for early morning tea on the terrace of Cafe Gerbeaud in Budapest. The service is nothing to write home about, yet I like Gerbeaud. It’s a place to let the imagination go a bit crazy – and it reminds me of my first visit to Budapest – more than 20 years ago. 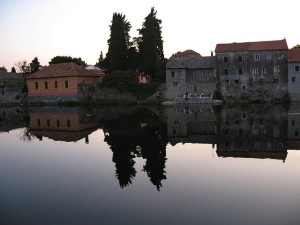 During the school autumn holidays, we went to Iceland and Canada Maritime. Prince Edward Island is now a favourite, although I fear my youngest overdosed on Anne of Green Gables. In Nova Scotia, Annapolis Royal was beautiful. As was UNESCO listed Lunenburg and driving through Kejimkujik National Park – full of autumn colours and to Cat’s delight, several deer sightings at dusk. Seeing the Titanic gravestones at Fairview cemetery outside Halifax was an evocative experience. 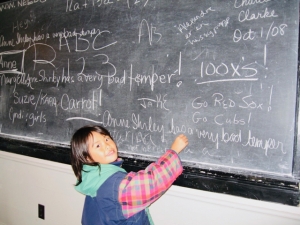 Work brought me to Portugal in October. My first time in Lisbon. I adore new cities; never know what’s around the corner! I’m also thrilled whenever I can celebrate my birthdays on foreign shores; especially new foreign shores. This year, my Halloween birthday was spent with two colleagues: the day in lovely Sintra; the evening in a fado bar in Lisbon’s Alfama district. 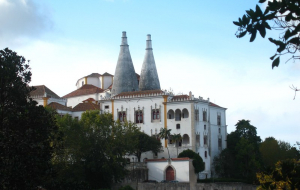 Work again in November; this time London and Cambridge. I love walking along the ancient college buildings of Cambridge University and it blows my mind to think students walked these same paths 800 years ago. 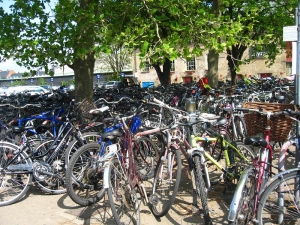 Lots of Britain in 2008 – it just gets better every time. I’ll see if I can’t arrange to live there for a while. But that’s for another year. In 2009, I plan a trip to London. My beautiful family gave me tickets for the Travellers’ Tales Festival in February. Can’t wait! As a bonus, it’s at the Royal Geographical Society, of which I’m a fellow. Couldn’t have gotten a better Christmas pressie!

Not too much domestic travel last year. In 2009, I have a few ideas that will make up for that. This winter, I’ll see if I can’t drag my children along to freeze their little butts off with a night in an ice hotel. Then, in June, Alex finishes her BSc and we’ll drive up to bring all her things back south. We’ll probably use the opportunity to see a bit more of Mid-Norway.

Update – Middle Eastern travels: Definite plans for 2009 include the United Arab Emirates and probably Oman. For now, we have tickets to fly to Dubai on 2 April; everything else, we’ll take in stride.

I like odd countries and saw a few in 2008. What could be some interesting ones in 2009, I wonder? I keep looking at Air Baltic’s route map and like the idea of Azerbaijan, Armenia and Georgia; perhaps one of these? The Russian enclave Kaliningrad is another possibility. And to Poland to visit my brother who quit his job, sold everything and started medical school in Gdansk.