Looking back on the travelling year 2010, I see I didn’t stick with my plans. Nothing new there. Instead, I went with the flow – and cheap flights. So here it is –

In January, I was in Geneva. It was mostly business, visiting ILO. But I always enjoy visiting Switzerland. For a change, I didn’t make the tiniest effort to discover anything new. Lazy and relaxing. 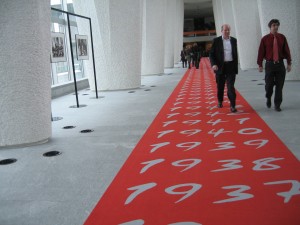 The long hallways of ILO

I spent a few ice-cold days in Helsinki in February. The Finnish capital is such a stylish city and I enjoyed it heaps, even though it was snowing horizontally. 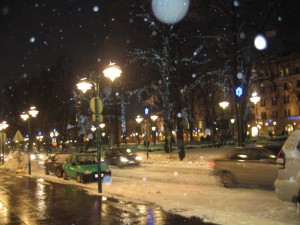 In spring, what was meant to be a 3-day walking holiday in Norfolk, sans kids, turned out to be twice as long, courtesy of the little tease Eyjafjallajökull. Instead of the usual 1.5 hour flight from London to Oslo, it took a train, an over-night international ferry, more trains, another international ferry and yet another train before I managed to get home. 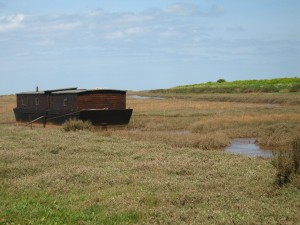 Next was a drive to Trondheim, city of the Viking King. A lovely drive across Mt Dovrefjell, it was. 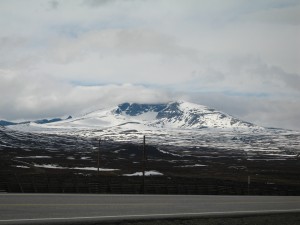 In June, work took me to the West Country, to Molde and Ona Light House. Such a tiny, windblown island, yet so beautiful – with a whopping 30 inhabitants. The local potter told me her daughter lives in London —> from one of the least crowded, to one of the most crowded places on earth! 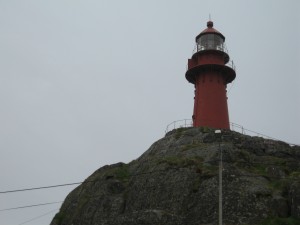 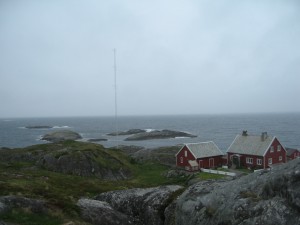 Such a busy work year, I first found time for a proper family holiday in July. This time, we focussed mainly on Cornwall, which is now our favourite part of Britain. We stayed at the spooky Jamaica Inn on the even spookier Bodmin Moor. We visited Truro, St. Ives, Land’s End, Mousehole, Penzance, Fowey, Looe, Polperro, Newquay, Tintagel and Port Isaac, which we adored so much we visited twice!

Leaving Cornwall, we explored Dartmoor and some great seaside towns along the Jurassic coast of Devon. We discovered Hayling Island, stopped in Portsmouth, had ice cream and did not visit the castle in Arundel, spent three great days in Brighton, and had a look at Battle (by Hastings). On the way, we strolled through Windsor and stopped in Andover (mostly because Poirot was here for the ABC-murders – my oldest daughter adores him). Each city is worthy of a post, good and bad. Meanwhile, here is Alex’ summary on Cornwall and on the other South England spots. 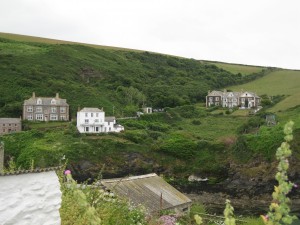 At the end of the month, we went to the Hvaler Archipelago. These islands are close to home, yet it was my first visit. Lovely place; the skerries are typical of the southern Norwegian coastline. 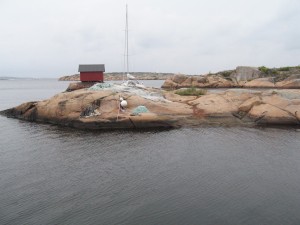 The skerries at Hvaler

In Port Isaac, we met a lovely Faroese couple – and so we were inspired to hop on the ferry to Jutland, then drive south to Hanstholm, the sleepy Danish town that is the departure point for ferries for the Faroe Islands. On the M/S Norrøna, we sailed past the Norwegian coast, towards Torshavn, capital of this stunning North Atlantic archipelago. It was absolutely magical to see these green, vertical islands appear slowly before us through the mist – much like the Vikings must have felt, I imagine, when first spotting these isles 1000 years ago. Posts and articles are in the pipeline. Meanwhile, here’s Alex’ take on the Faroes. 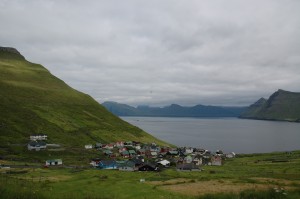 In September, work brought me to London yet again. Tacking on a week or so, I met the girls, hired a car and drove to Wales to see my oldest daughter off to uni in Aberystwyth. We found lots of lovely spots in Pembrokeshire National Park and Ceredigion in Western Wales, many with names beginning with Aber. 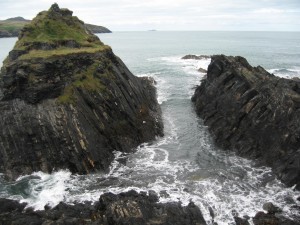 Copenhagen in November meant TBEX and the opportunity to meet lots of fellow travel bloggers. Look forward to seeing some of them again in Manchester in March.

Sorry, no photos – courtesy of the mad man of Nørrebro.

Work again in December, back to London. And another few days tacked on for Christmas shopping, Harry Potter exploration – and a visit to one of our favourite restaurants in our favourite London neighbourhoods: Carluccio’s in Hampstead. 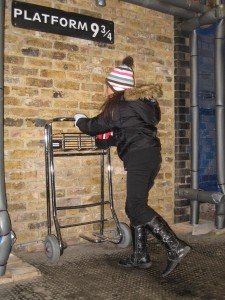 But the travelling year 2010 isn’t over yet. We’ll end it this Friday, by celebrating New Year’s in Los Angeles. Not sure how, yet. It may well be just by sleeping off jet-lag.

As 2011 begins, we’ll leave – 25° C behind (about -13° F) and spend about a fortnight on a boat, travelling down the Pacific coast of Central America, through the Panama Canal, then up to Key West, where I haven’t been in more than 20 years. We’ll be mostly offline, I think, as shipside wifi is rumoured to cost a king’s ransom. We’re anticipating this journey with great pleasure; my 9-year-old wants to swim with dolphins and zip line in Costa Rica. No doubt, the frisky Nordic winter weather will be here waiting for us when we return.

Further into 2011, no plans are set in stone. There’s Manchester. I’m also thinking Kaliningrad. And Caucasus. And Lebanon. And Libya. And and and…

Which fun spots did you see this year?