I love old libraries. Oh, I enjoy contemporary, futuristic ones, too (the new library in Birmingham comes to mind), but the old ones, well, they seem to have a depth of soul the newer ones haven’t quite attained yet.

Top of my list is the 18th century Long Room, the library at Trinity College Dublin, with more than 200,000 ancient books in tall bookcases. 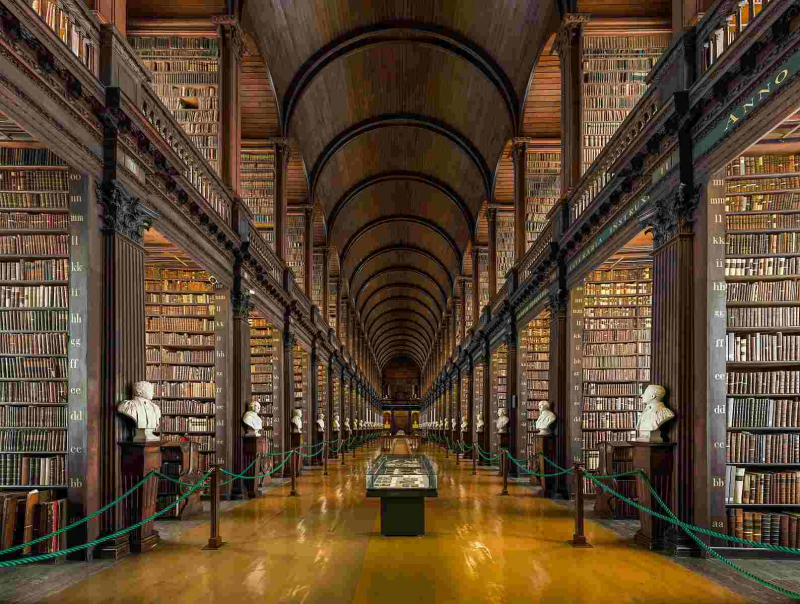 I love this room, simply love it: the high ceilings, that delightful smell of old books and manuscripts, the dust, the deliciously spooky atmosphere.

To me, this is one of the most beautiful rooms in existence. Ever since I first saw it, I have toyed with the idea of finding a way to sneak in here after hours. It would mean hiding somewhere right before closing, and camp out for the night. All I would need, is a yoga mat and a blanket, a bottle of water and perhaps a sandwich or two. A pen and notebook for scribbling. And a torch, of course. It would have to be a battery one, couldn’t risk setting the place on fire. But otherwise no electronic devices, as that would lessen the experience. Not even a phone.

The thought of hanging around this ancient place after hours, running my hands along the old oak shelves, leafing (carefully, of course) through centuries-old documents, communing with the ghosts of writers past (surely there must be ghosts)… thrilling!

The magnum opus in the Long Room is the Book of Kells. This 9th century illuminated manuscript contains the four gospels of the New Testament, and is beautifully – and colourfully – illustrated. More than 1,000 years old! And still here for us to see (though not touch).

Since I have a weak spot for rebels, I’ll also mention another important document in the Long Room: The Easter Proclamation, also known as The 1916 Proclamation. And what is this document proclaiming, you ask? Why, nothing less than liberty. Freedom. Ireland’s independence from the United Kingdom. In fact, since we are in Ireland, I’ll call it by its proper name: Forógra na Poblachta.

Some years ago, I decided to get a little bit closer to it all. In a realistic manner, I mean. So I stayed in the residence halls of the university for a few days.

You can do that, too, in summer. It is smack in the middle of the city centre, and the accommodations are reasonable to boot. Both good reasons.

But the main draw for me was, again, the atmosphere: the character, the mood, the imprint of people that have been here through the centuries. I also love old universities, you see. Founded in 1592 by Lizzie I, Trinity qualifies as old in my book.

Wandering the grounds at night and in the early morning, across the cobbled squares, through the gardens, I have dreamt up students and fellows walking here in the past. The alumni list is inspiring: Oscar Wilde was a student here, as was Jonathan Swift, Samuel Beckett, Bram Stoker of Dracula fame, not to mention the hilarious Aisling Bee, and many, many others.

Now, I was out very early and very late, so for the most part, I had the place to myself and my fantasies. But whenever I did see someone, I would dress them in say 16th century clothes – or 19th – and attribute various qualities to each, inventing thoughts and feelings for them, conversations between them.

Hm… I think it’s time for another visit.

World at a Glance is a series of short articles here on Sophie’s World, normally with a single photo, portraying curious, evocative, happy, sad, wondrous or unexpected little encounters. Wondrous is just the right word for the Long Room.

*We very rarely have photos on Sophie’s World that we haven’t taken ourselves. However, when I have been in the Long Room, photography has not been allowed. It has been a while, too long, really). As far as I understand this has changed, and photography is now allowed with some limitations. The awesome photo above is taken by David Iliff and is on Creative Commons, and will have to serve as a placeholder until I can return and take my own. 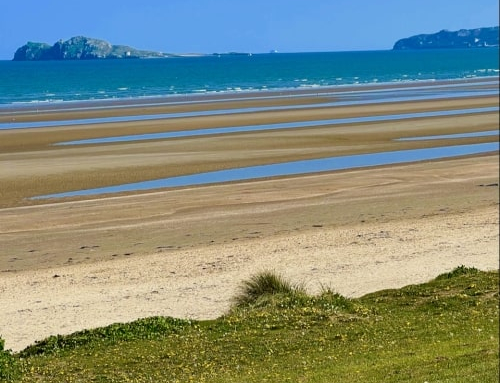 How about a beach holiday in… Dublin? Gallery

How about a beach holiday in… Dublin? 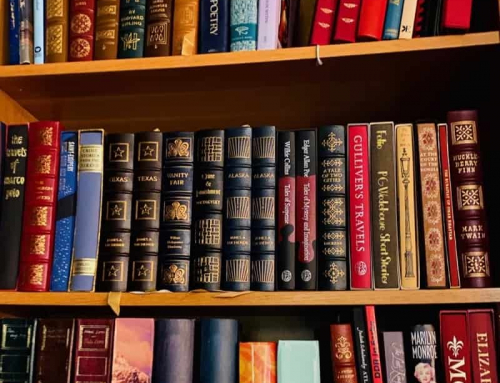 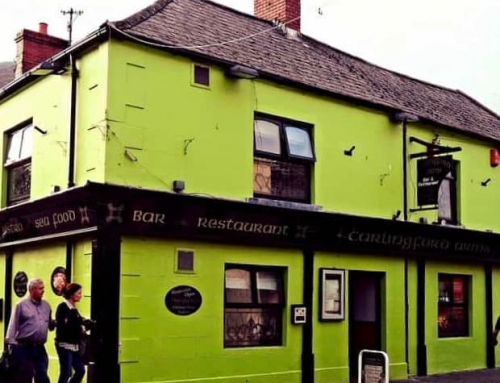 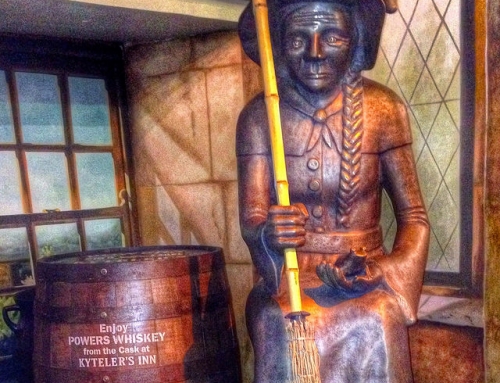 The Witch of Kilkenny (Day out Dublin) Gallery 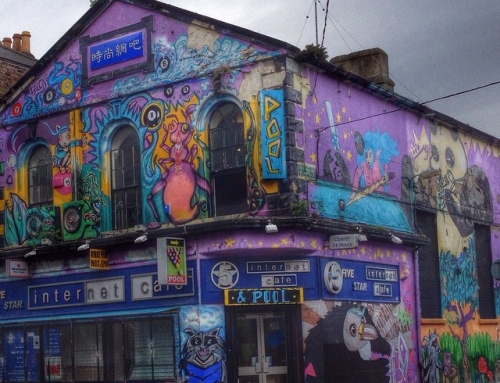 11 most popular Instagrams in June 2015 Gallery