Going south after our failed Musandam venture, our driver (you know, the one who had forgotten his passport) tried to persuade us to go directly from Ras al-Khaimah to Ajman, and give Umm al-Quwain a miss. But in my quest to see every single emirate, that simply would not do. He finally caved.

The reason for his reluctance could have been that as Umm al-Quwain is located on a peninsula, it’s a bit off the main motorway. More likely though, it was because he was quite unfamiliar with the place. Fortunately, he wasn’t too proud to ask for directions. But having been a Dubai taxi driver for 15 years, I would have expected him to know the entire country; it’s not that big. But again, that could be a commentary on the popularity (or lack thereof) of the lesser known emirates. All the more reason to at least have a look, I think.

After getting lost for a bit, we finally arrived in Umm al-Quwain. With only 66 000 inhabitants, it’s the smallest of the emirates, and like RAK, it suffered from a drainage problem. Apart from that, it’s a nice enough – if sleepy – little principality. And relatively close to how I imagine the emirates must have looked in their pre-oil boom past.

The soor of Umm al-Quwain 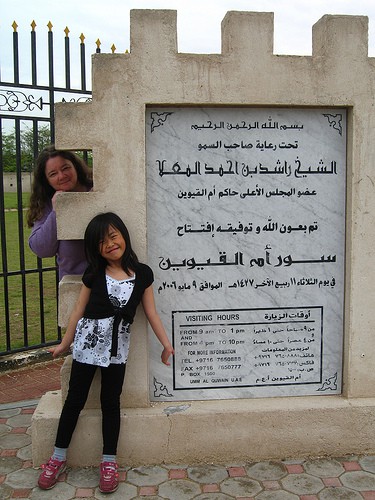 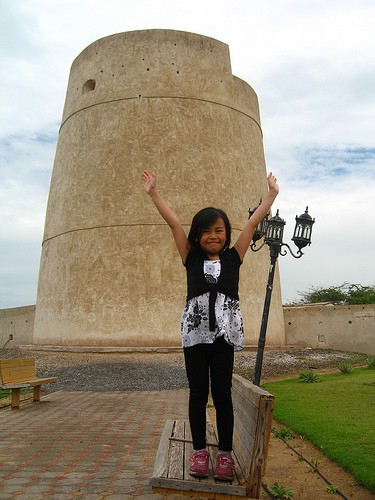 I wanted to see the old city wall, the soor, from 1820, and again our man was at a loss. “Never heard of it,” he said. But by now he was determined to find out and after asking a few locals (apparently they didn’t all know either), he found it. We had a pleasant leg stretch about the place; felt nice after that needlessly long drive. The soor has towers and a large gate and benches nicely spread out; worth a look and a stroll.

Every emirate has a museum and Umm al-Quwain is no exception. We didn’t see it, but according to LP’s guide to the Arabian Peninsula it’s beautifully restored. Also, Dreamland Aqua Park is nearby – the world’s largest apparently – which our man assured us was very nice indeed. So at least he knew that. Lately, UAQ’s Falaj Al Mualla-district is becoming a bit of an extreme sport hot spot… well, spot, anyway.