UNESCO in Finland: The old church at Petäjävesi (Day out Helsinki) 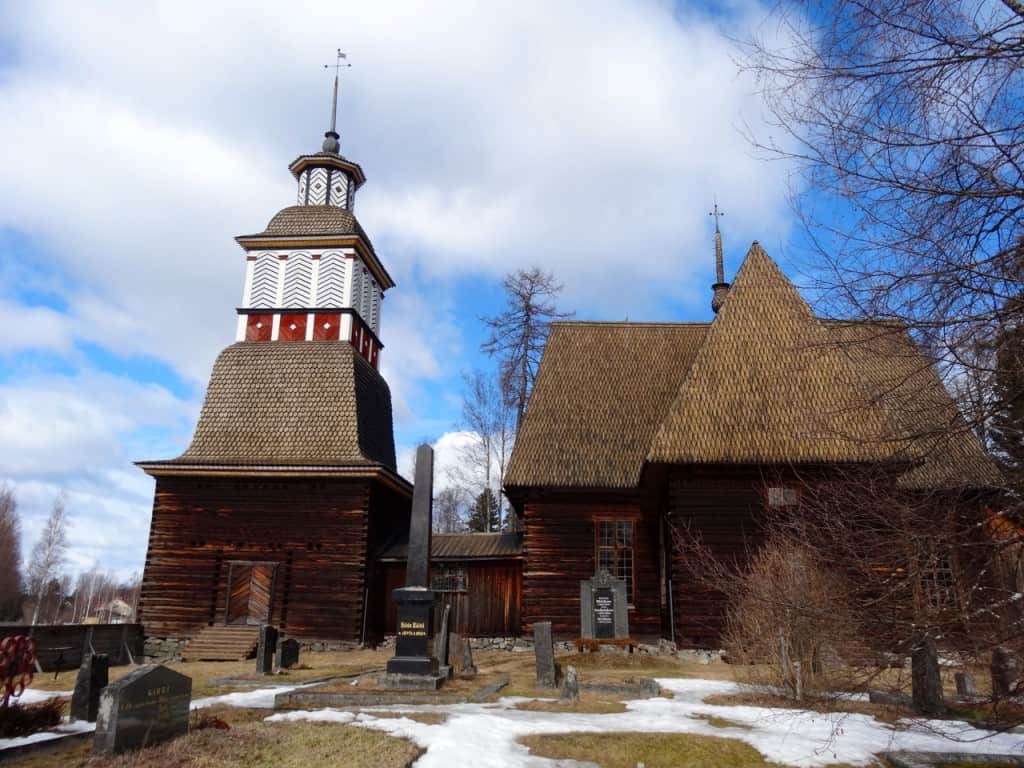 Finland has seven sites on the World Heritage list. I’ve popped across the border for a couple of days to have a look at two of them: Petäjävesi Old Church and Verla Groundwood and Board Mill.

Public transport in Finland is good, but unless you have plenty of time – which I don’t – driving is the best way to reach the more remote areas. Also, I quite enjoy road trips and the flexibility of driving.

Just after Easter everyone switches tyres up here in the Nordics. The rental company is just about to hand me the keys to a brand new Golf – with brand new summer tyres. However, as I’m heading to Petäjävesi where there’s still snow on the ground –  14 cm, I’m told – I get a Nissan Micra instead, the only car with winter tyres still on. By late afternoon, when I arrive in Petäjävesi, most of the snow has melted – but best to be safe, I suppose.

Finnish motorways are excellent, with 120 km/h as the speed limit, but there’s not much to be done about inclement weather. Whenever I hit 100-110, the tiny Micra is tossed hither and dither, at the mercy of very strong winds. So here I am, driving well below the speed limit, like a little old man wearing a hat.

I’ve always found driving in Finland to be a rather lonely experience. Today is no exception; in fact, this fine April day is quieter than ever. For long stretches of road, there’s just miles and miles of forest, and not another car in sight. When one does appear, usually stopped along the road, I imagine all sorts of spooky scenarios. Of course, listening to Blood on Snow, Jo Nesbø’s latest novel, doesn’t help, all blood and gore and chopped off heads bouncing around. (Sorry about the spoiler alert, Nesbø fans). 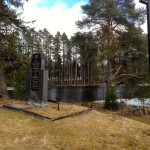 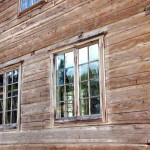 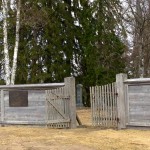 The site is deserted as well. I wander around the church grounds and the cemetery, all alone, interrupted only by the rushing water of nearby Lake Päijänne, and the gate slamming open and shut in particularly violent bursts of wind.

Petäjävesi Old Church is situated at a lovely spot for a church, and for a cemetery. It’s the kind of place where one could linger. Some find that the church is similar to the Viking Era stave churches in Norway. I don’t think so, but then I’ve seen loads of stave churches (there are at least 4 in the vicinity of where I live); they have a very different construction – and feel.

Petäjävesi Old Church, in central Finland, was built of logs between 1763 and 1765. This Lutheran country church is a typical example of an architectural tradition that is unique to eastern Scandinavia. It combines the Renaissance conception of a centrally planned church with older forms deriving from Gothic groin vaults.

Sorry, UNESCO, but Finland isn’t in Scandinavia. However, it is one of the Nordic countries, which comprise the three Scandinavian countries (Norway, Sweden and Denmark), Finland and Iceland, as well as these countries’ autonomous regions (Greenland, Faroe Islands and Åland Islands).

Geography lesson aside, I like the old church at Petäjävesi. Can’t quite put my finger on it; something about the surrounding trees and water, as well as the faint smell of tar, reminds me of our cabin, the boats and the forest lakes of childhood. 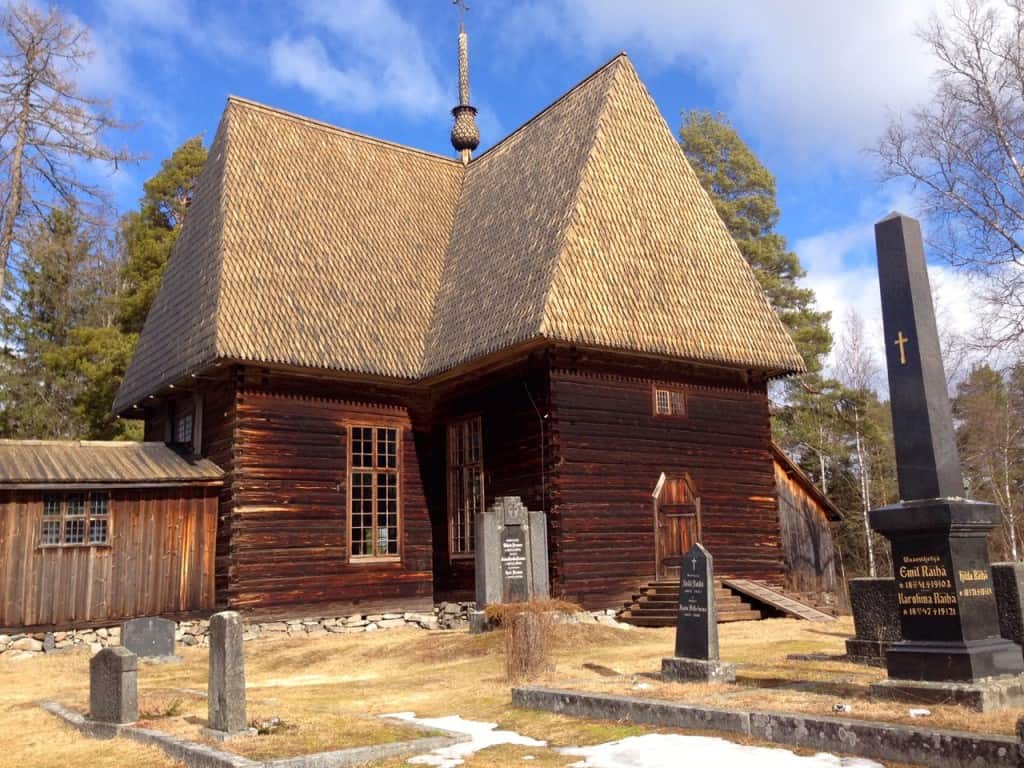