Stevns Klint and the end of the dinosaurs (Day out Copenhagen)

For a tiny country, Denmark has had surprisingly many new sites added to the World Heritage list in later years. Some of them are a bit uninspiring, but here is one that IS interesting.

As is the case for many UNESCO sites, this one requires knowing the backstory. Although a lovely landscape to stroll on a lazy Sunday, Stevns Klint is not visually arresting, like Victoria Falls say, or the Taj Mahal, or the colourful port of Cartagena. Rather, you need to know what to look for and relate it to the story behind. A bit more challenging, then, but worth the effort.

If you had asked me years ago, would I be excited about geological sites, I’d probably have said nah, not so much. Surprisingly, though, one of my very favourite sites is precisely that. The Messel Pit gives unique information about the Eocene, the beginning of us mammals about 47 million years ago.

Here in Denmark, Stevns Klint provides evidence of even earlier times. Back in the early 1980s, the idea was born that the mass extinction of dinosaurs and their contemporary creatures wasn’t caused by heavy duty volcanoes in India, as once thought – but rather by the impact of an enormous meteorite.

Walking through the Messel Pit a few years ago, it rather blew my mind, imagining our first ancestor who walked those grounds 47 million years ago. And here at Stevns Klint, the ramifications of a random event 65 million years ago are equally mind-blowing.

This geological site comprises a 15 km-long fossil-rich coastal cliff, offering exceptional evidence of the impact of the Chicxulub meteorite that crashed into the planet at the end of the Cretaceous, about 65 million years ago. Researchers think that this caused the most remarkable mass extinction ever, responsible for the disappearance of over 50 per cent of all life on Earth.

The Chicxulub was not just any ol’ meteorite see, but the one that caused the end of the Age of Dinosaurs. That’s exciting stuff, folks. What if the meteorite had veered just a wee bit off course and landed… somewhere else in the universe? Anywhere, really. Would dinosaurs still roam the earth? Would conditions have become optimal for us humans to evolve? Would we co-exist alongside these magical giants of the past? I was once up close and personal with a giraffe, just outside a petrol station along the road to Masvingo, and I can see myself similarly connecting with a peaceful longneck. 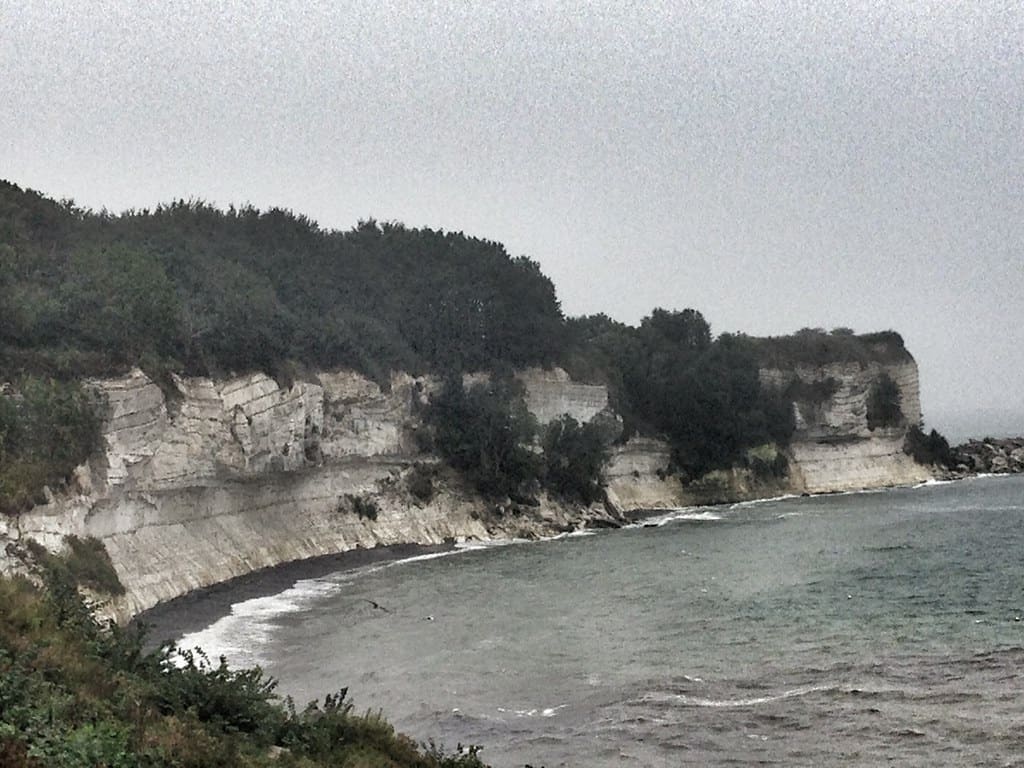 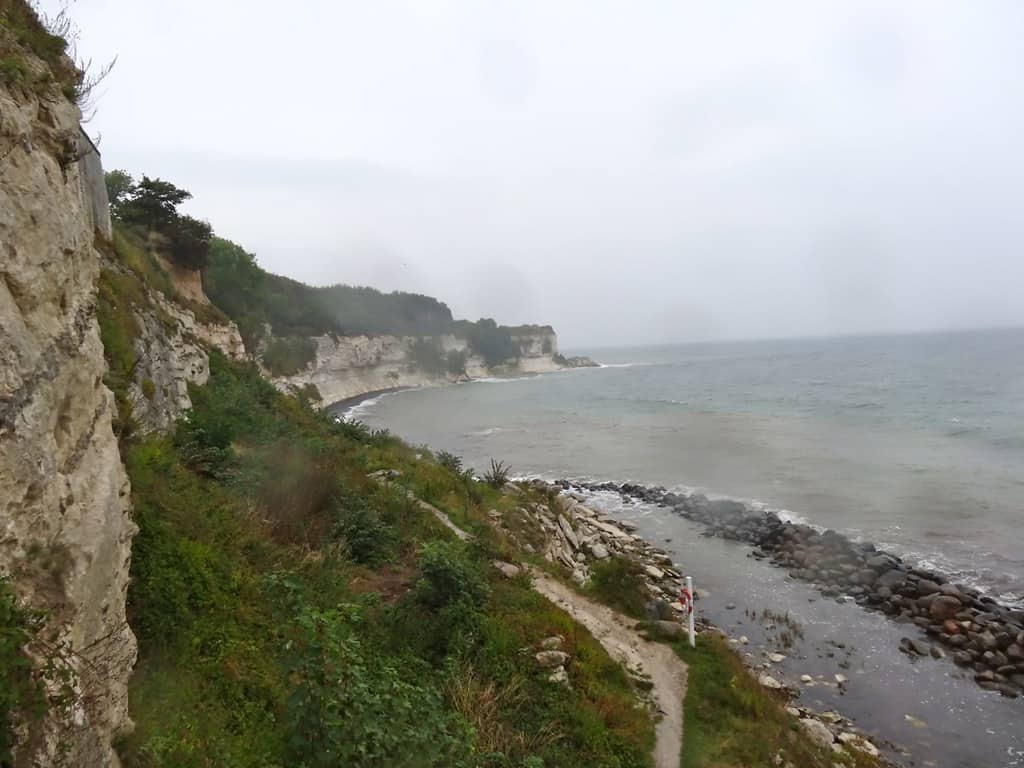 A close-up look at the cliffs at Stevns Klint will show you the Cretaceous-Tertiary boundary. That’s the formal name of the sudden event that took place all those years ago, where about 75% of all species on Earth were extinguished. (Hardy survivors include crocs and leatherback sea turtles).

As you walk along the pebble beach here, you’ll spot the boundary high above your head; a thin red-grey layer in the strata. On top is the Cretaceous layer (chalk), while the Tertiary layer underneath is limestone. And the boundary layer, the fish clay, has traces of that massive extinction. These fossils can be hard to see, but if you crack some rocks, you might find a 65 million-year-old seashell. Just like the Jurassic Coast in Devon/Dorset, this is a good place to bring that little science geek in your family. 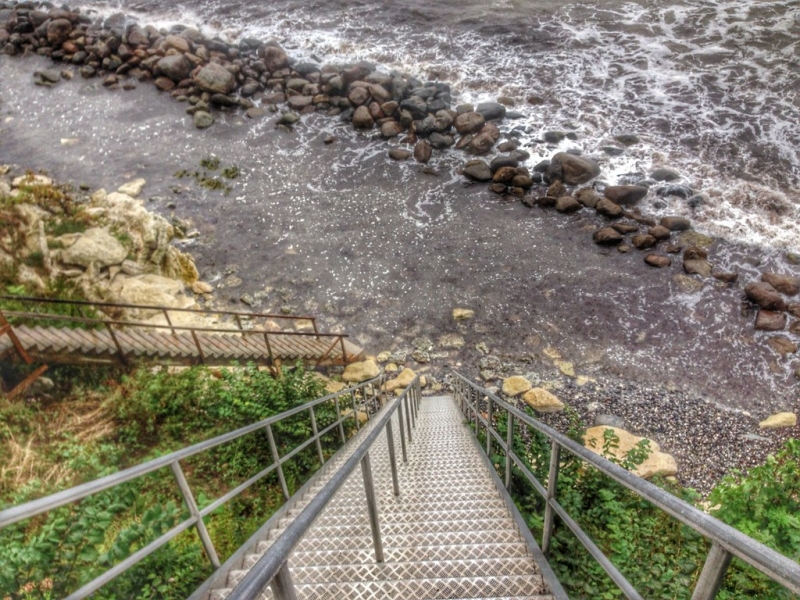 Stairs down to the beach

Stevns Klint comprises 15 km of coastline. You’re likely to bump into many locals here, just as you would have been years ago, long before 2014, when the site was inscribed onto the World Heritage list. They’re mostly here for a refreshing coastal stroll and to admire the views.

On the grounds, you’ll also find an interesting 13th century church, Højerup Gl. Kirke. In 1928, the chapel collapsed down the cliff as a result of erosion. The newspaper facsimile describing this event is posted on the wall and makes fascinating reading. 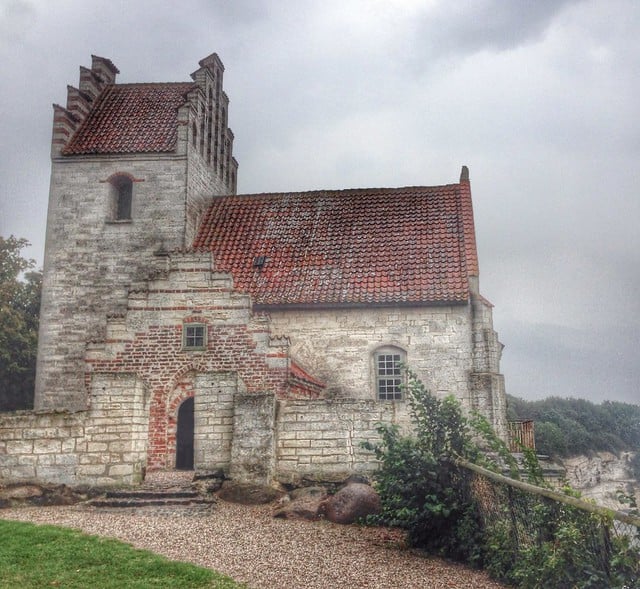 A new church has been built a safe distance from the cliff. Nearby, you can see a moving memorial stone dedicated to 7 British flyers whose planes were shot down in the North Sea just outside Stevns Klint on 14 March 1943. 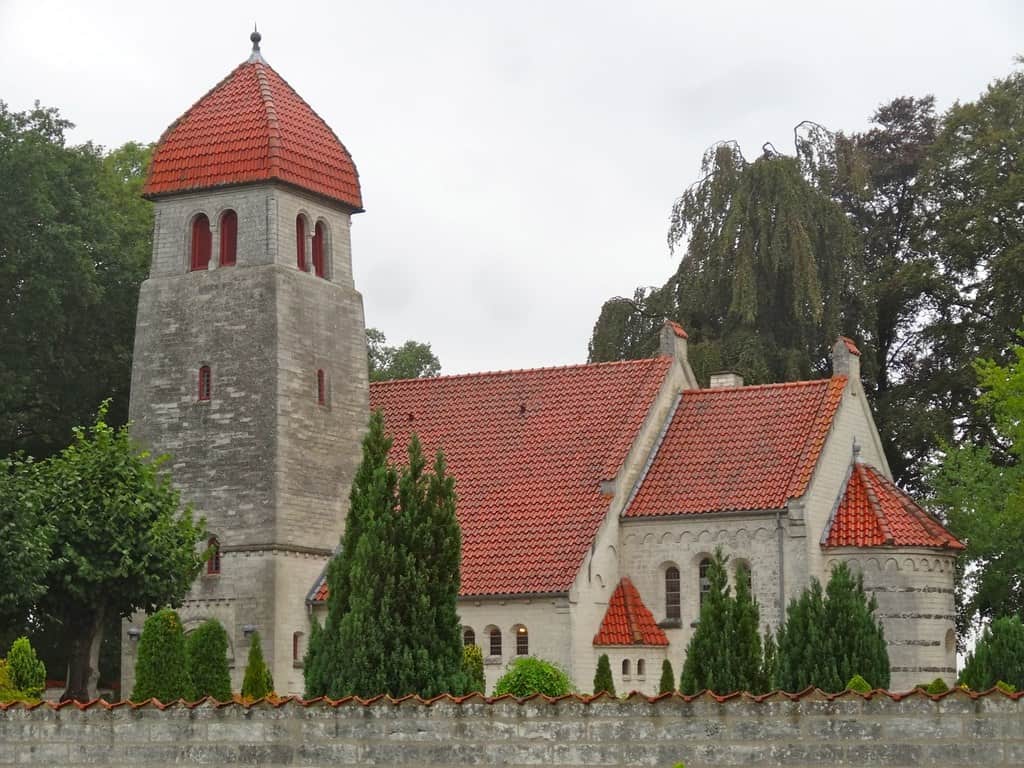 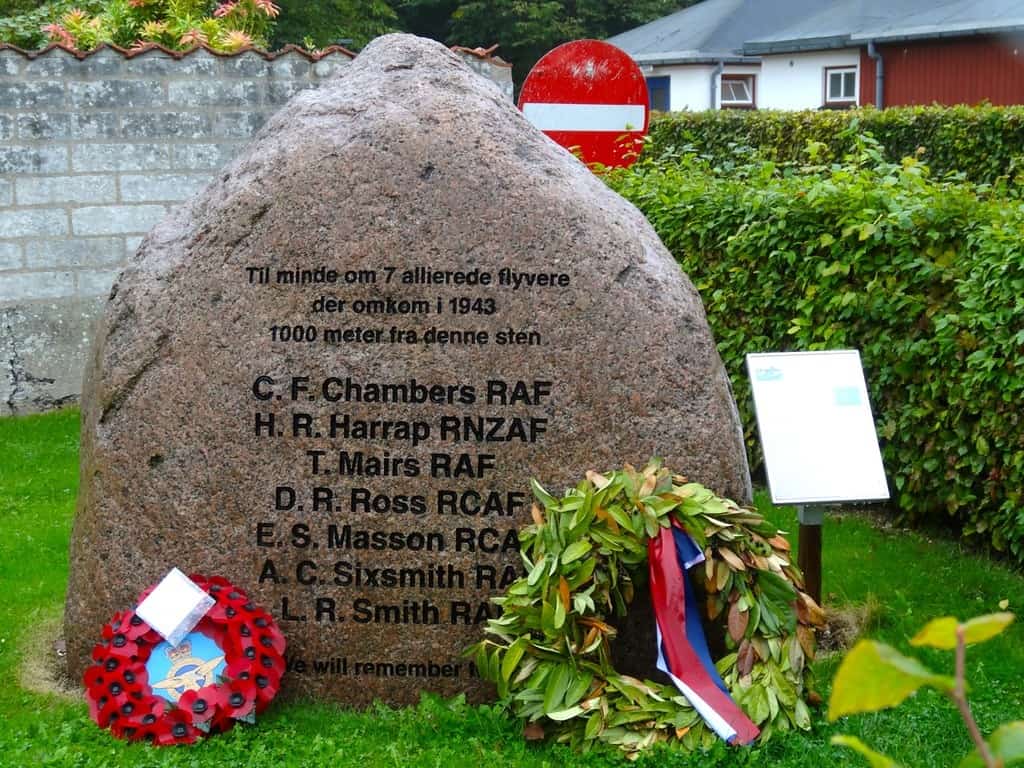