Vienna to Graz via the Semmering Railway: A UNESCO Kinder Egg

If you’re a World Heritage geek, may I recommend visiting the Austrian city of Graz? 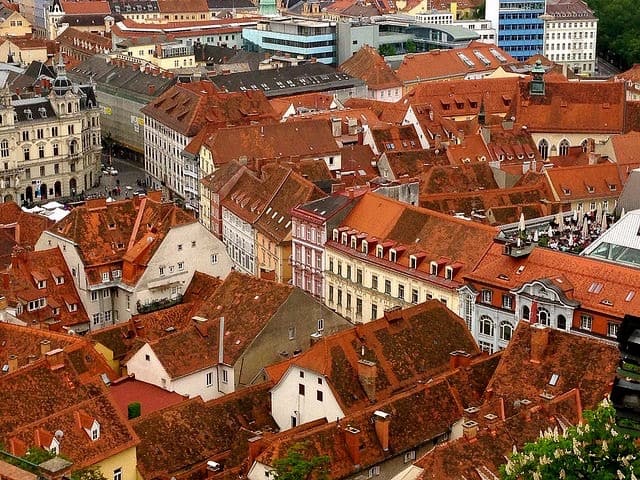 The terracotta rooftops of Graz

Graz, you say? Not the first city that comes to mind when you think of Austria? It might not even be the second (hello Salzburg). But it is, in fact, Austria’s second city. And while second cities are frequently over-shadowed by their bigger sisters (usually national capitals), there’s something about them, I find. A certain spirit: sometimes sassy and rebellious, always relaxed and easygoing. From not having the burden of being a capital, perhaps.

We’ll take a closer look at Graz in a bit, but first the 3-in-One UNESCO Kinder Egg I promised.

You will no doubt know that Vienna’s old town is a World Heritage site. So is the medieval centre of Graz. The third is the journey between the two. 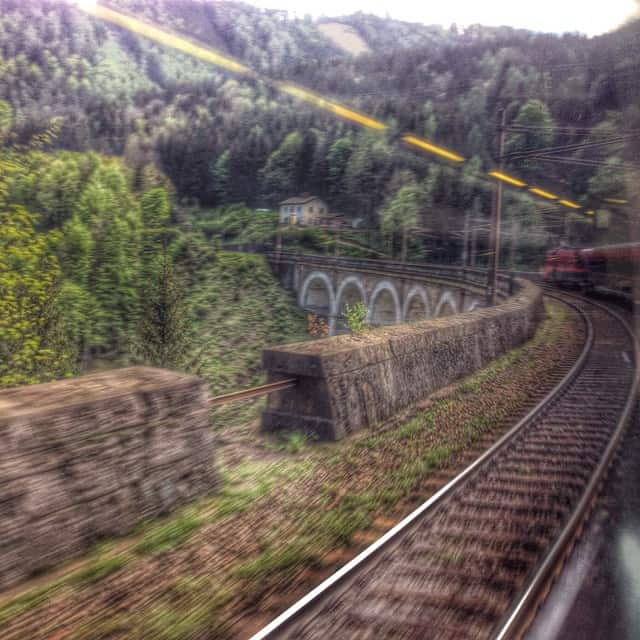 Blurry Semmeringbahn viaducts – taken from the train as it speeds past…

The Semmering Railway takes about 2 1/2 hours between Graz and Vienna, most of it along an idyllic alpine landscape. Built in the mid-1800s, it’s one of the greatest feats of civil engineering from those trailblazing days of railway construction. And well worth the ride. 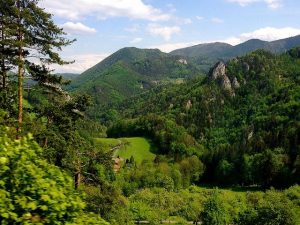 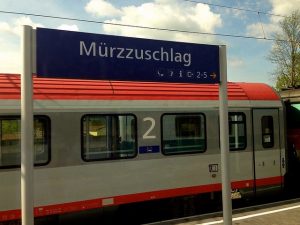 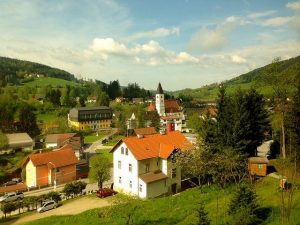 Capital of the province of Styria (Steiermark in Austrian-German), Graz is just an hour by train from the Slovenian town of Maribor. For years, Graz was more important for Slovenes than their own capital Ljubljana.

Hauptplatz (Main Square) is the heart of this dynamic university city. And not just one university, but six! 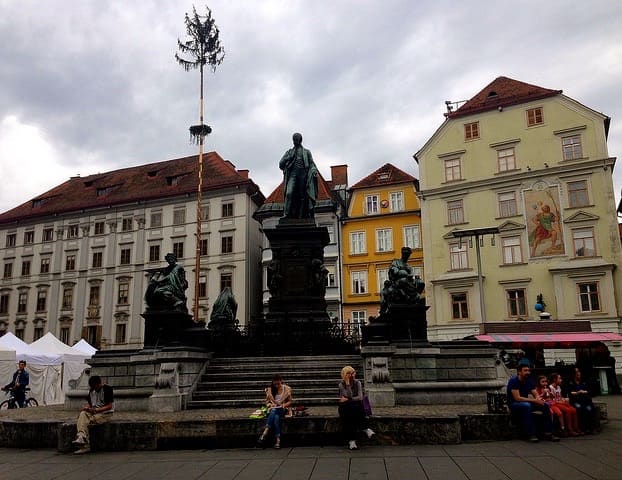 And while Hauptplatz is nice enough, it’s the delightfully over-the-top baroque and Renaissance architecture of the square that caught my gaze. 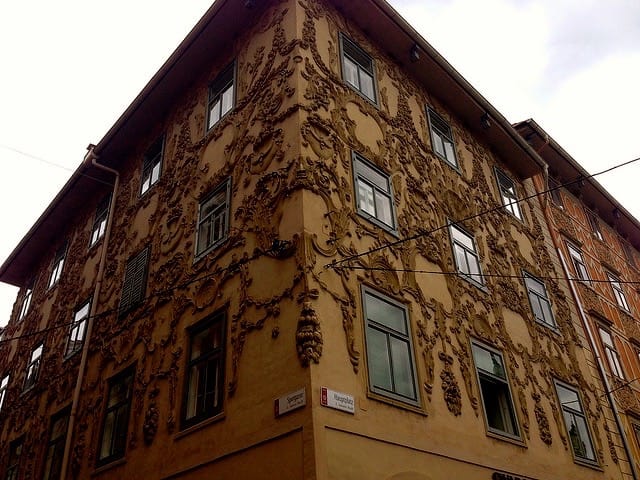 That – and the lovely medieval guild signs. 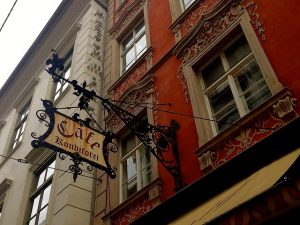 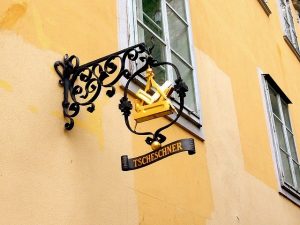 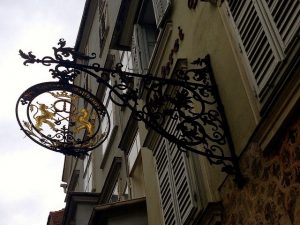 Castle Hill and the clock tower, where time has a different meaning

The pièce de résistance in Graz, however, is Schloßberg – Castle Hill. 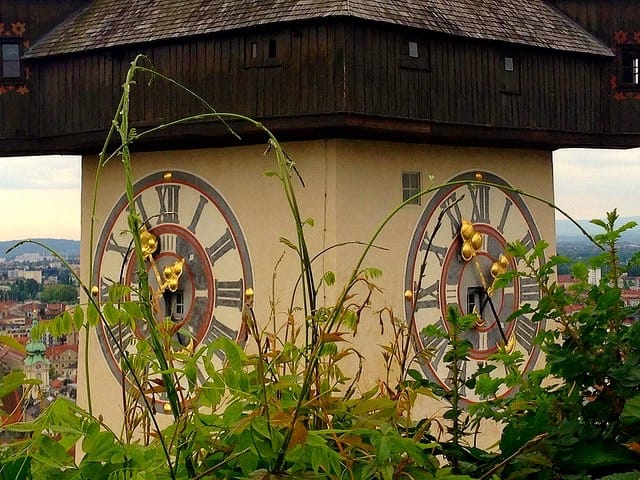 A funicular takes you to the top of Schloßberg, or you can take an elevator or walk the stairs. There’s a restaurant with an outdoor terrace and a few small cafes with views, as well as an open-air stage for concerts and such.

The medieval fortress that once grazed this hill (see what I did there?), has been turned into a public park with a cistern, bastions from the old fort, and not least, the Uhrturm – the city’s landmark, and oldest building, mentioned as early as 1265. Spot something odd about the clock face? It might take you a few minutes to tell time from this clock, but keep looking, and you’ll notice that the larger hand marks the hours while the small one is for minutes. Hours are more important than minutes! Makes sense, doesn’t it…

Be sure to take the stairs going down, at least. Then turn around as you descend, for a final look at this fairy-tale clock tower. 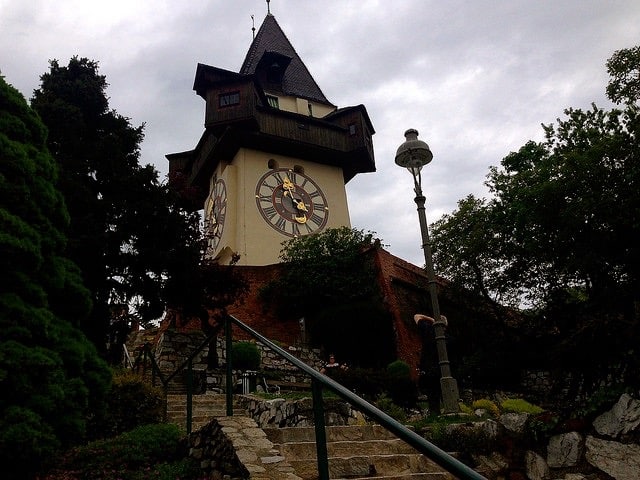 The views of Graz’ rooftops and city centre change around every corner, always fantastic. 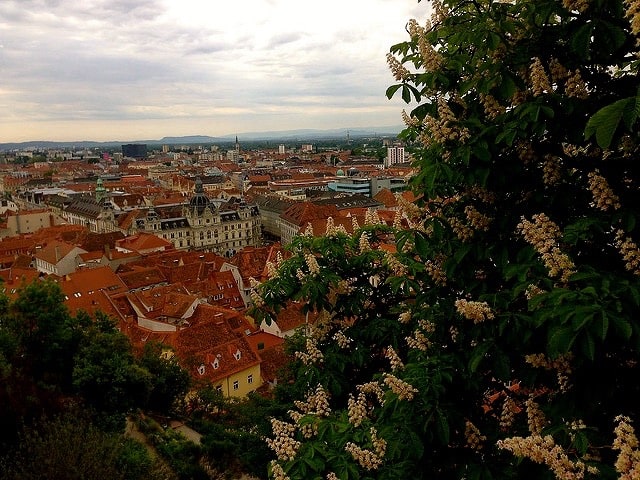 Then cast your eyes down this way, ’cause you’ll probably be hungry by now. 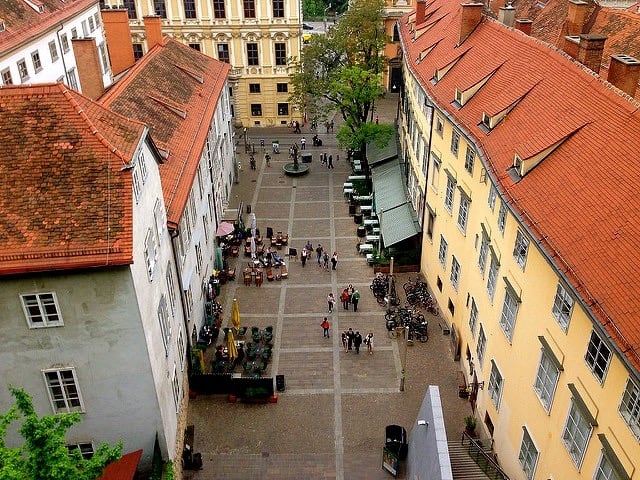 I recommend Graf Leopold for lunch, where breakfast is served all day. The omelet was particularly delicious. Baby Birdie had a go at the Kaisersemmel and kept me company throughout. 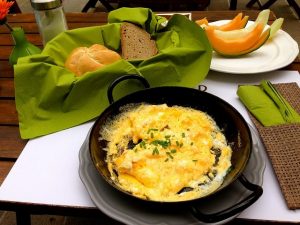 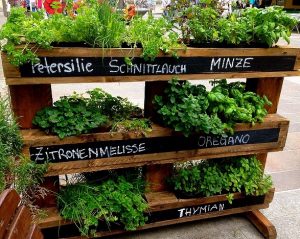 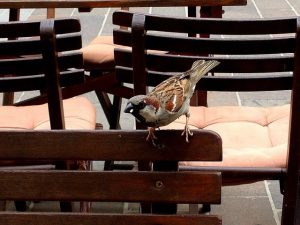 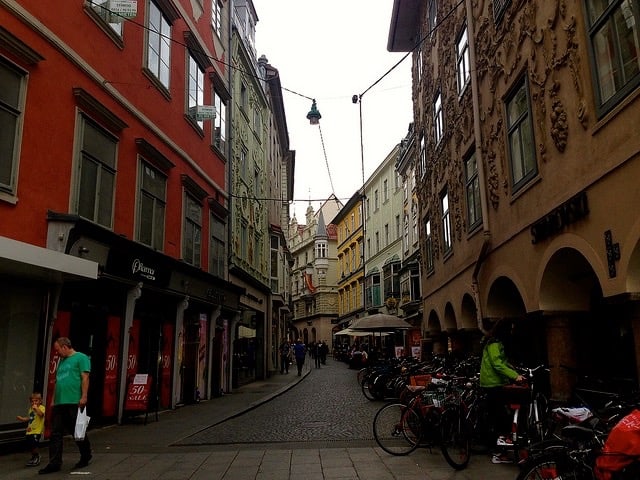 PS: Graz is not only a World Heritage site, but also a UNESCO City of Design. That was not the focus on my much-too-quick May visit. The words of a certain Graz-born terminator seems appropriate: “I’ll be back”.

PPS: Graz is also a city of principles, it appears: The Merkur Arena, formerly known as The Arnold Schwarzenegger football stadium, was renamed in 2005, as members of the Graz assembly were none too pleased with Arnie allowing the death penalty in California.

The City of Graz and the Semmering Railway are UNESCO World Heritage sites. Here are other heritage sites I’ve visited around the world.