Where in the world 2

Since I’m on the road this week, I wasn’t going to participate in Where in the world. But when I walked out from my hotel this morning, this is the sight that met me… 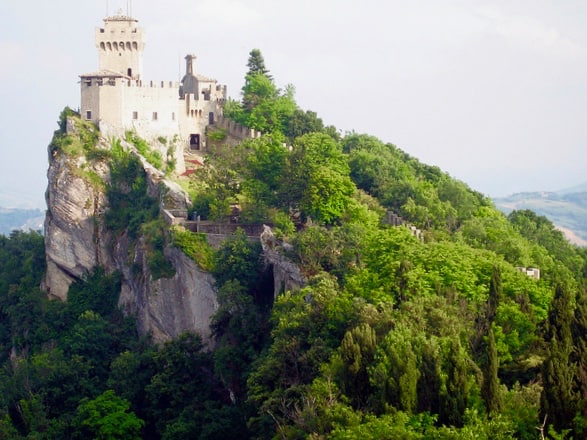 This is the most famous image of the national capital. (Sadly, this photo doesn’t quite do justice to this fairytale panorama, as I’m stuck using a tired old point-and-shoot for now). Perhaps you have already guessed? If not, here are a few hints: This tiny country has been a sovereign state since 301. No, you didn’t misread – not 1301, but 301. Naturally, its ancient capital is a UNESCO World Heritage Site, and rightly so.

Last week we were in Denmark, at Kronborg Castle in Helsingør, perhaps better known as Elsinore – and home of Shakespeare’s protagonist Hamlet. The winner was Katherina, author of 100MilesHighway. Katherina was born with a German passport and a Spanish heart – and is currently enjoying life as an expat in Switzerland! She has had the travel bug ever since she had spaghetti ice cream, got lost in a toy shop in New York and played the piano in a hotel bar in Rio, all before the age of 8! Follow her Facebook page.

Can’t have enough guessing games? Have a look at all the players over at Budget Travel Adventures.

Don’t worry about spoiling the fun if you know the answer – just shout it out. Moderation is turned on for the competition, meaning only I can see your comment until Saturday. I’ll publish all the comments simultaneously.

Update 20 June 2011: Sorry for the late update. I’ve been completely offline for several days! The answer to last week’s little quiz is the ancient land of San Marino, the world’s oldest republic. I received so many right answers, in the comments, on twitter and facebook and even through StumbleUpon. Only one can win though, and the lucky winner is David Bennett, author of the Quillcards blog.

David runs Quillcards Ecards and Art Prints along with his wife Tamara Colloff-Bennett. He is the photographer and she is the designer behind the great art work. They even offer free Ecards for you to try. Have a look at their Facebook fan page. Congratulations, David.