Where in the world 11 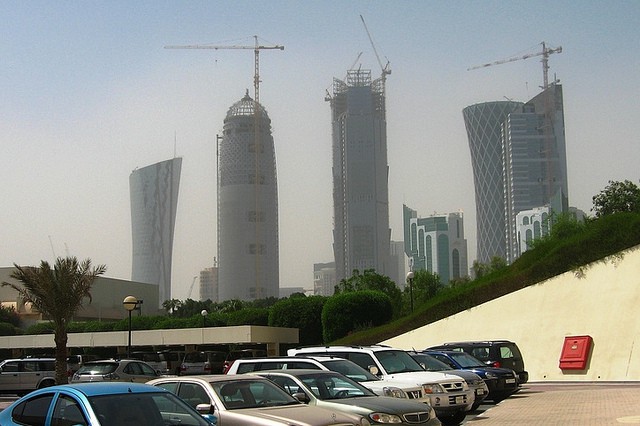 Where in the world – summer edition

We haven’t had a photo quiz in quite a while here on Sophie’s World, so here’s a little summer quiz for you, dear readers: Where in the world is this skyline?

Here’s a hint:
– It’s mostly summer all year round in this capital; well above 40°C when I visited in October a few years ago.

Think you know the answer? A winner will be selected among those who give the correct answer. They will be featured on Sophie’s World Facebook fan page with their name, blog, SoMe channel of choice and a short bio.

This was a difficult one, it seems. Many of you were in the neighbourhood – in the UAE, specifically. This, however, is not one of the emirates.

This skyline – shimmering in the afternoon heat – is in Doha, capital of tiny Qatar, the world’s richest country. Doha is host to numerous international events, most notably the Doha Round of the WTO. In February this year, the latest reconciliation attempt between Fatah and Hamas took place in Doha, bringing a glimpse of hope to troubled Palestine.

Another institution associated with the Qatari capital is the Doha Debates. You may have seen it on BBC World News. Eight times a year, a controversial issue is debated – a battleground where words are the only weapons. Protection of religious minorities, marriage between close family members, censorship and the arts, the position of women after the Arab uprisings and numerous other fascinating subjects have been debated. I think it’s a wonderful idea and a highlight of television.

This skyline is in Doha in Qatar