Do you play Monopoly? Then, amongst the likes of Amsterdam, London and New York, you may have noticed Giethoorn. The tiny Dutch village managed to capture enough votes to win a place on the international edition of this most capitalist of board games. 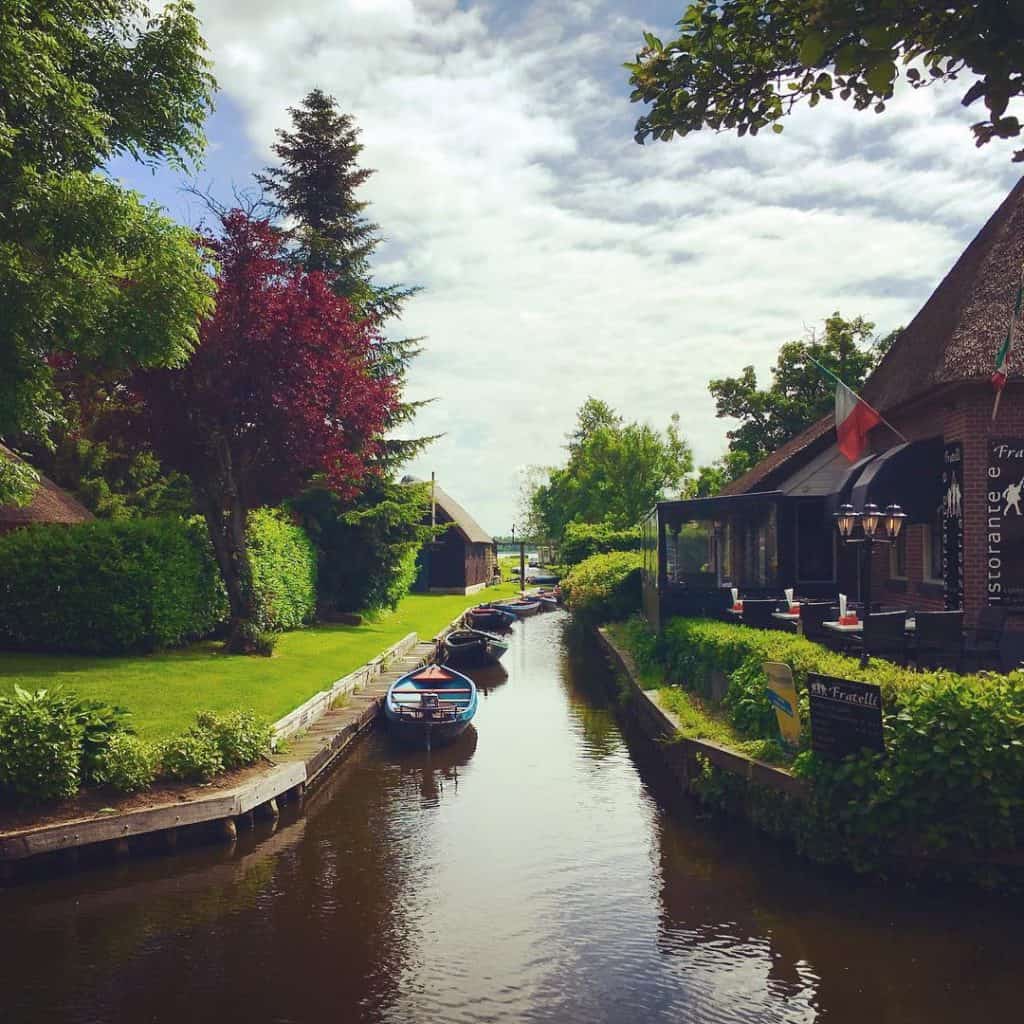 Idyllic little Giethoorn is known as the Venice of Northern Europe. Not because it’s hectic and chaotic; there is nothing rushed or crowded here. It’s the waterways: the 2600 residents navigate by boat or bike, no cars. Even the post is delivered by boat. In winter, skates replace boats as transportation. 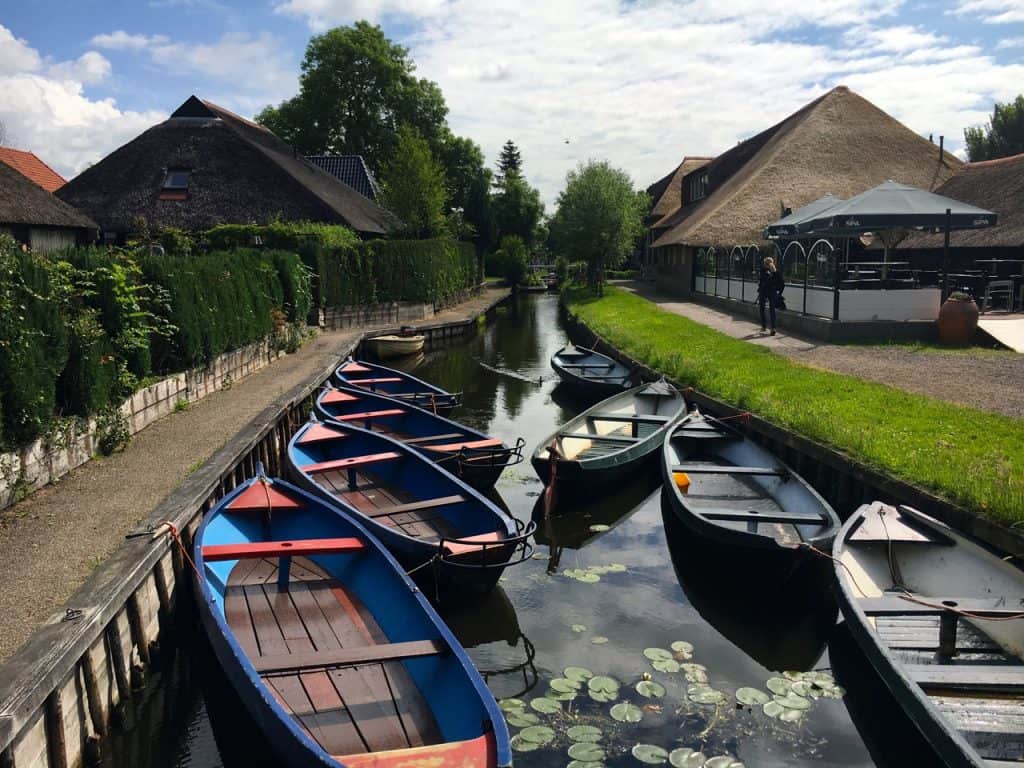 Giethoorn has six kilometres of canals and bike paths, 180 wooden, arched bridges, and 18th century farmhouses. It’s so peaceful, you’d be hard pressed to believe this is one of the most visited spots in the Netherlands. Giethoorn is especially popular with Chinese visitors; around 200 000 each year. In fact, locals are taking Mandarin lessons to cope with the influx. 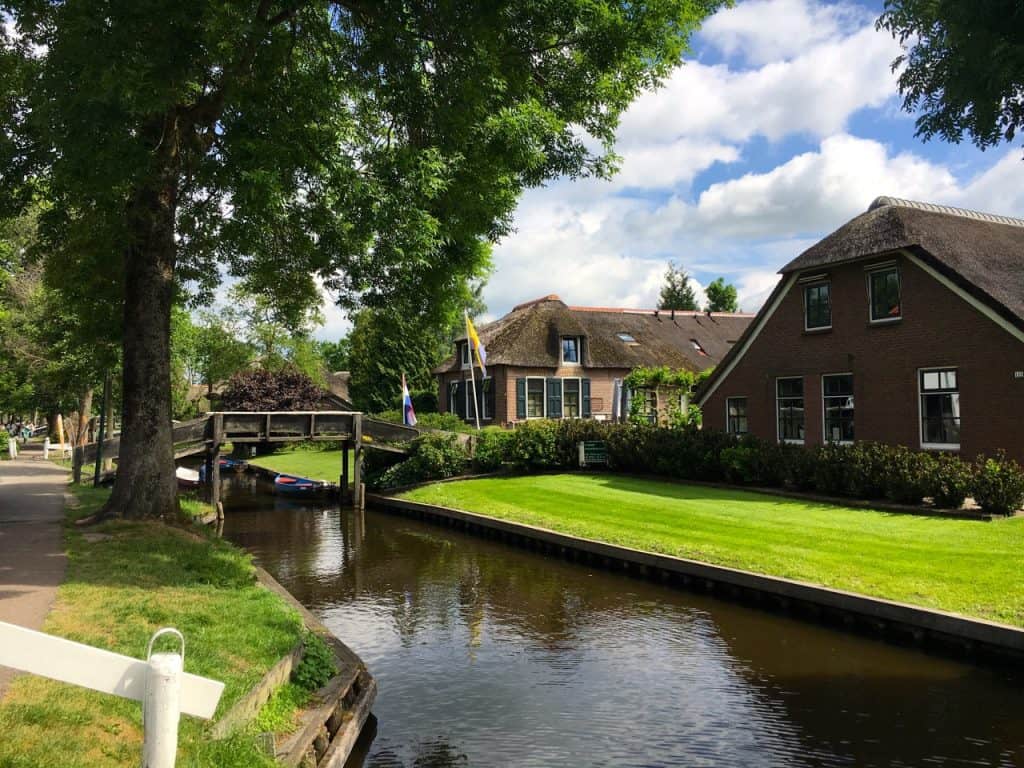 Turning down a side street in Giethoorn. 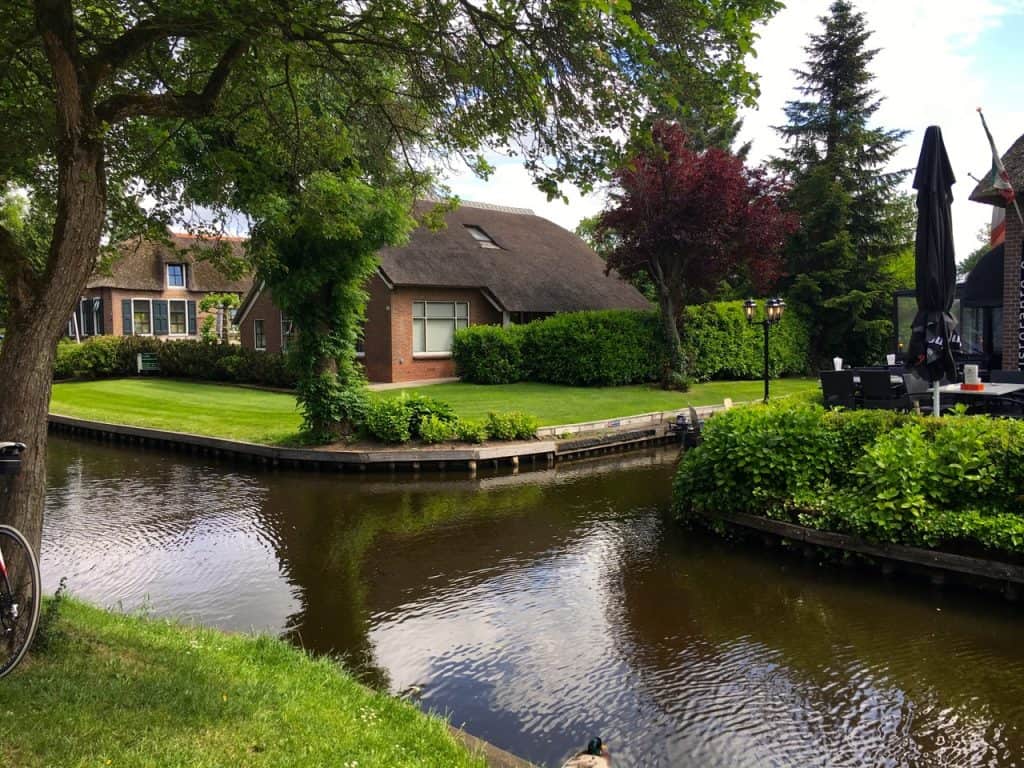 Curious about the somewhat peculiar name? Giethoorn means goat horn. After a flood 1000 years ago, hundreds of goat horns were left in the bog here. 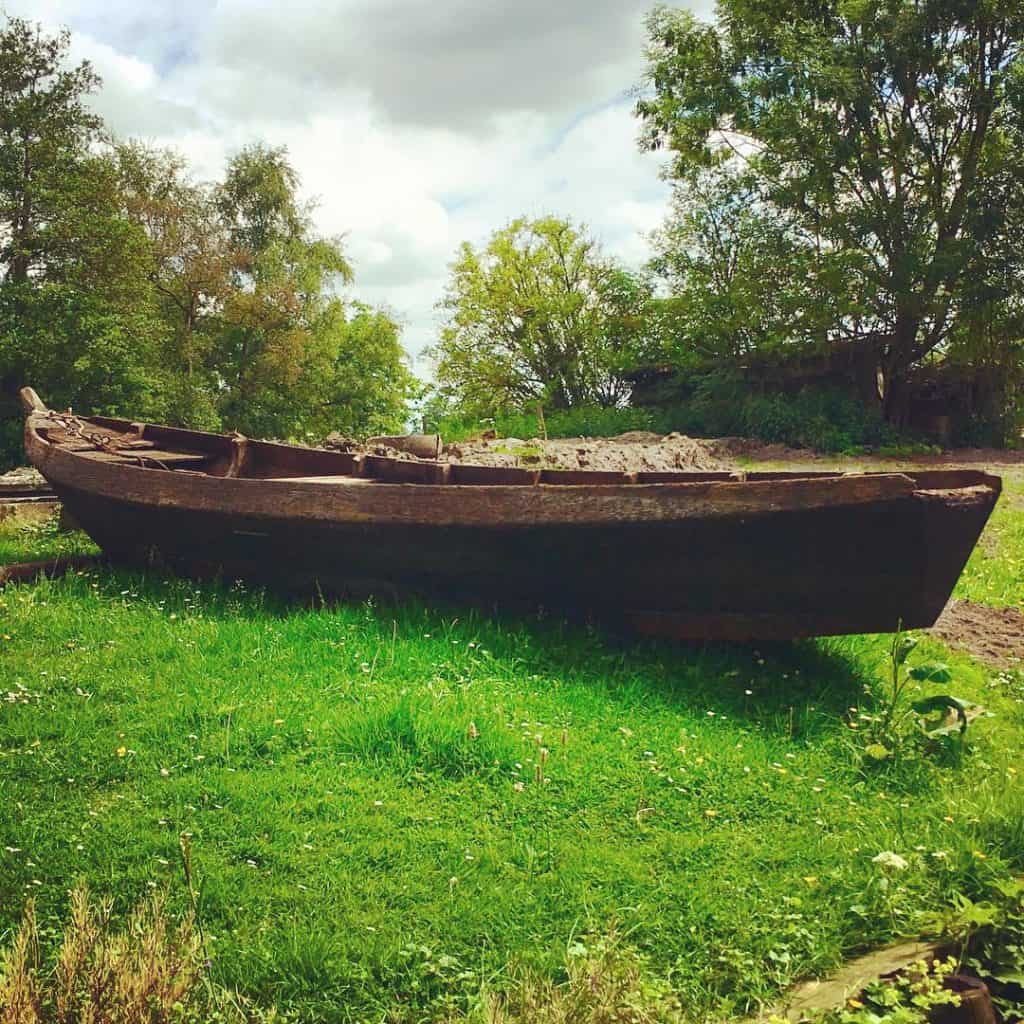 Rent a flat-bottomed electric whisper boat and chauffeur yourself around the canals and lakes. Expect to pay about €35/hour. 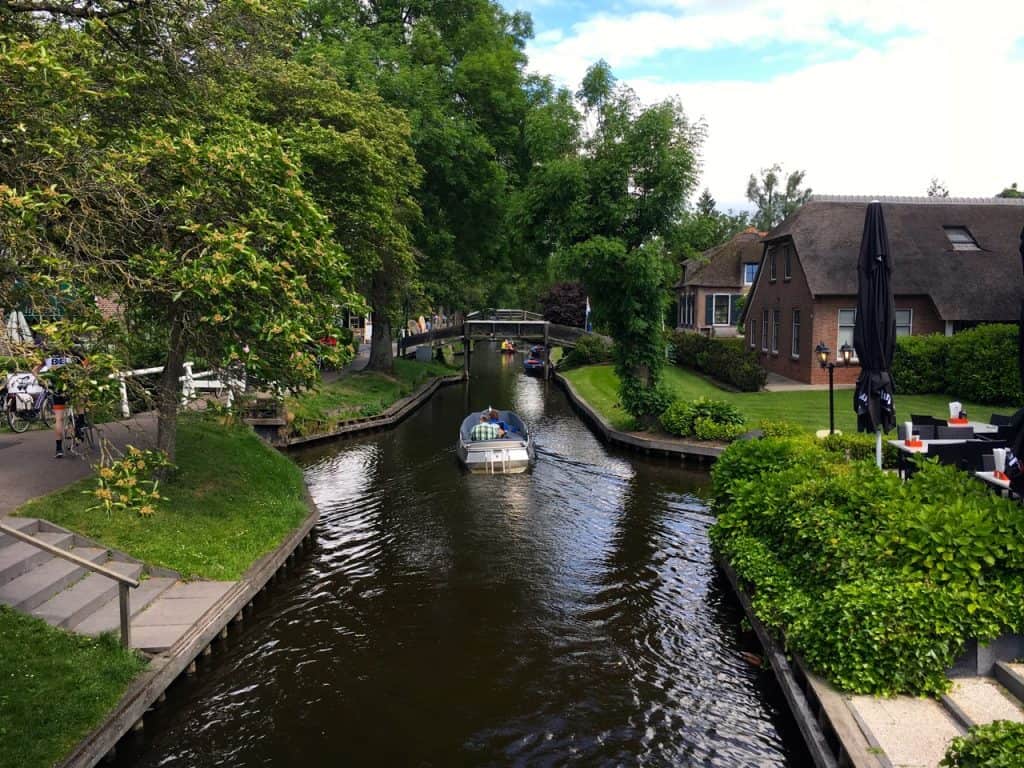 I could live in one of these thatched-roof farmhouses along the canals for a bit. Gawk back at the tourists. In a friendly way. Mostly. 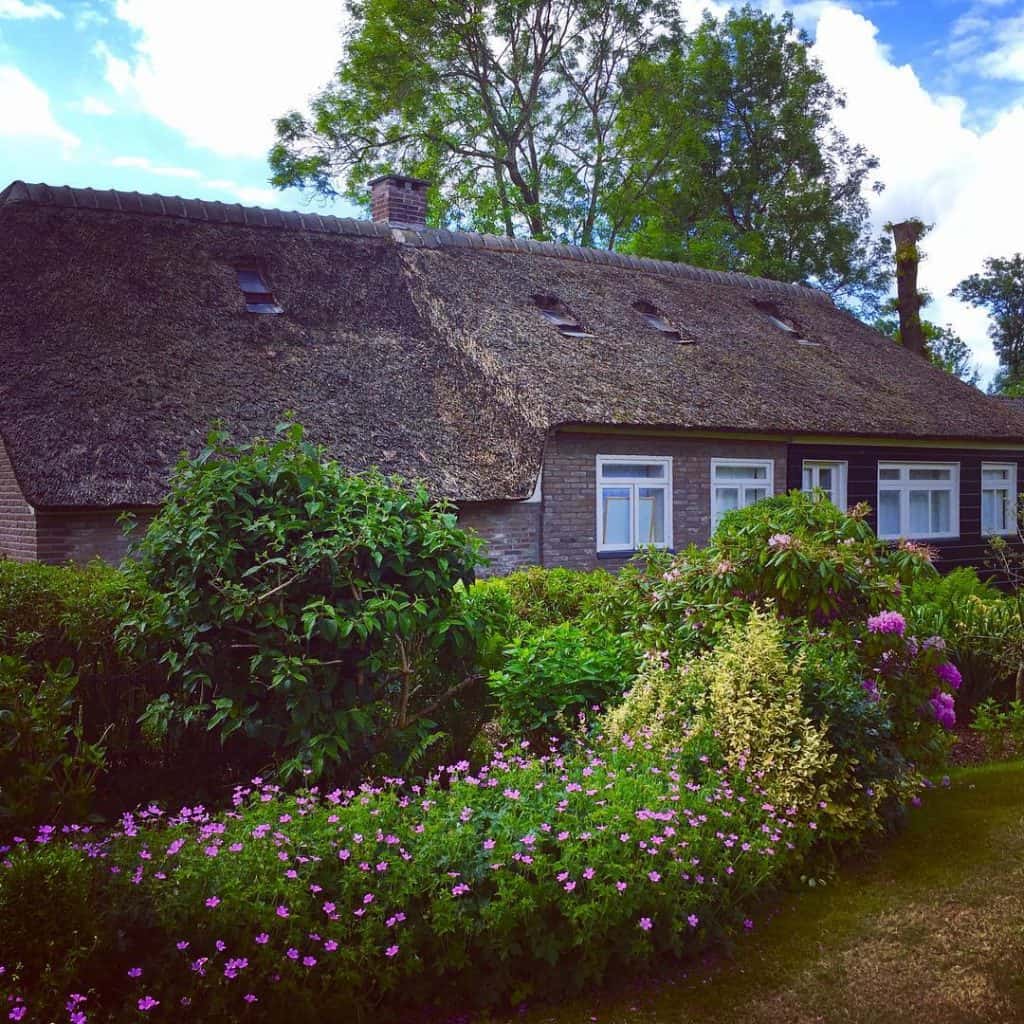 In Giethoorn, stop by Arie and Natasha at the historic Grand Cafe Fanfare for a refreshing homemade ice tea or local Geyt beer… 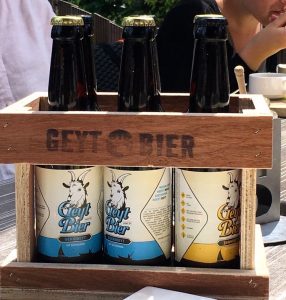 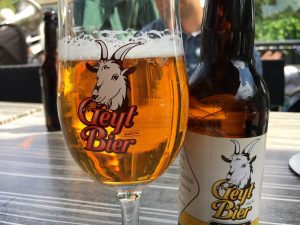 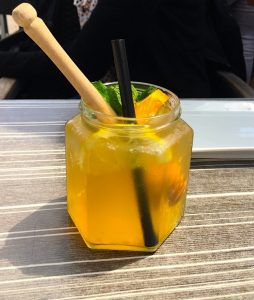 or a superb lunch, whether you’re a vegetarian or a carnivore. 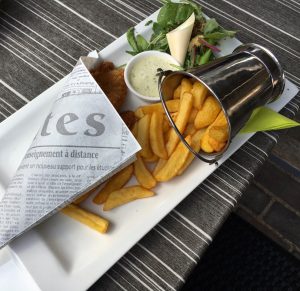 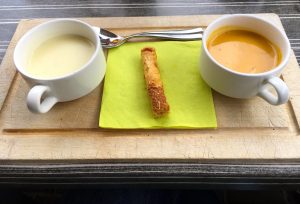 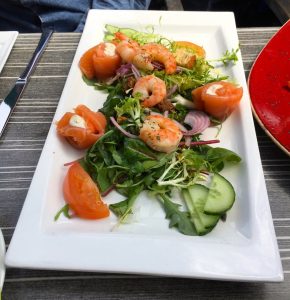 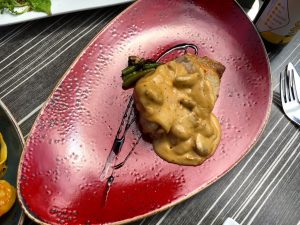 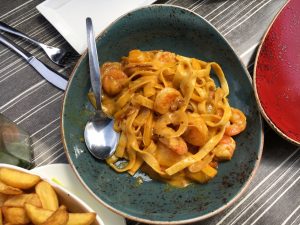 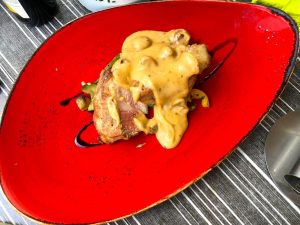 Giethoorn is delightfully calm and quiet. In fact, this cafe duck may be the loudest you’ll hear all day. 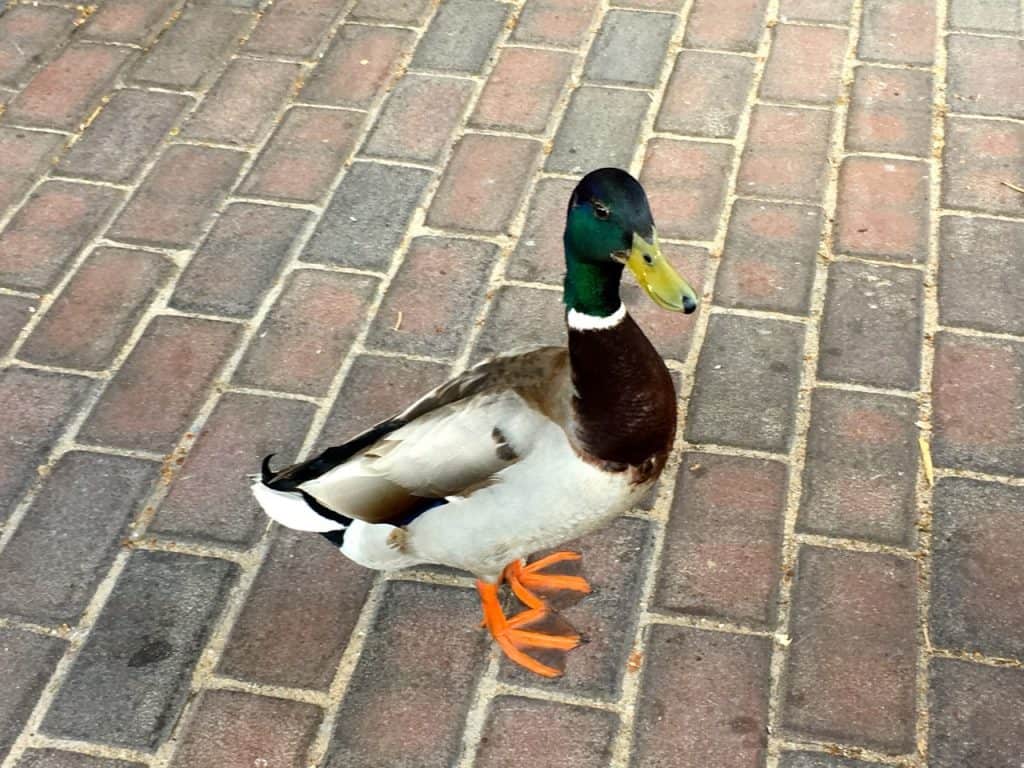 Disclosure: I was in Giethoorn as a guest of VisitHolland and KLM. As always, all opinions are mine, all mine.