Wieliczka Mines: A World of Salt (Day out Krakow)

On my daughter’s school visit to the concentration camps and the Stasi prison in Berlin, the organisers wisely added lighter activities to the agenda, including a swimming stop at a tropical island inside a Nazi hangar – and a tour of Wieliczka Salt Mine. 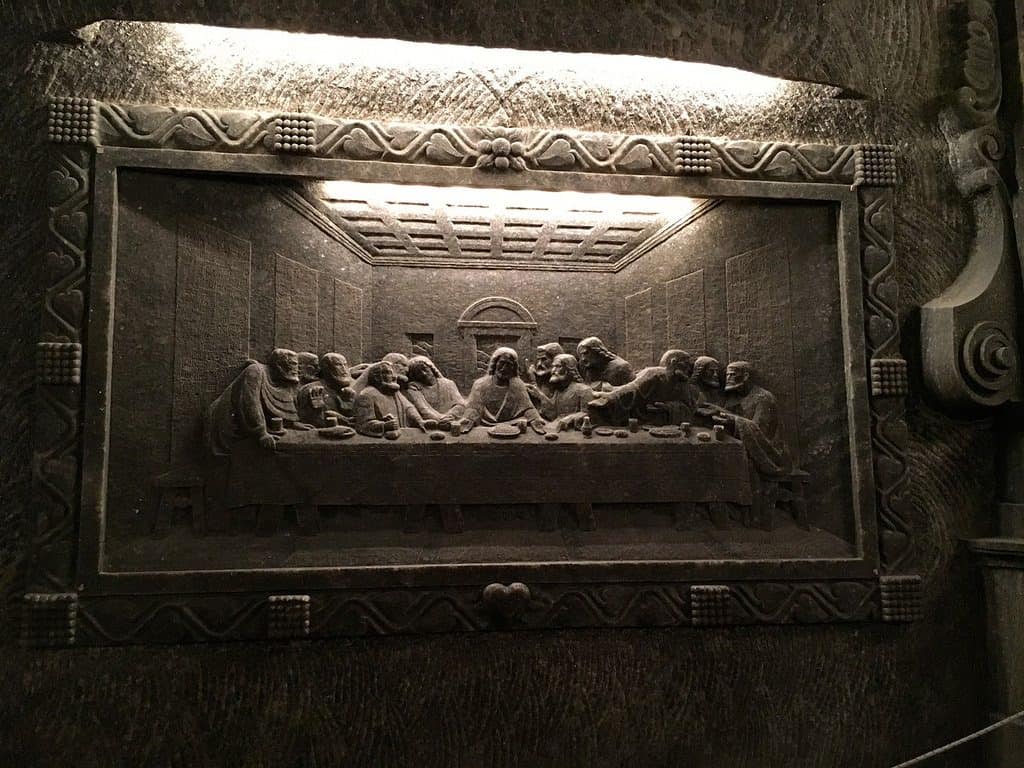 40 years ago, the UN’s Educational, Scientific and Cultural Organisation inscribed the first world heritage sites on to what has become quite a prestigious list. (Called the Oscars of the environment by Time Magazine.) Along with such historic gems as the old town of Krakow and Aachen Cathedral, the historic salt mines at Wieliczka in southern Poland was one of the original 12 sites back in 1978.

Wieliczka Salt Mine
A castle made of salt. Vast caverns, a cathedral, lakes, reminiscences of daily life of ancient miners, sculptures and various works of art made entirely of salt – that’s what you’ll find at Wieliczka Salt Mine. An underground world of salt, lit by crystal chandeliers. For almost 1000 years, salt was mined underground here; from the 13th century to 2007. 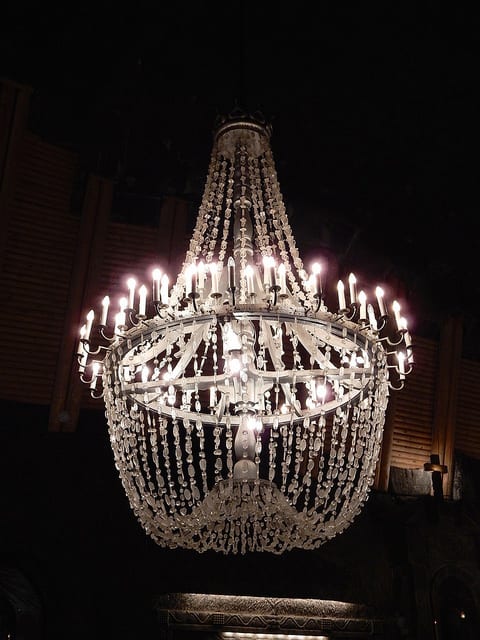 10 km outside Krakow, I am about to wander down 800 steps, to hear about the evolution of salt mining methods through history, and have a look at salt galleries and chambers. It’s a spectacular sight. 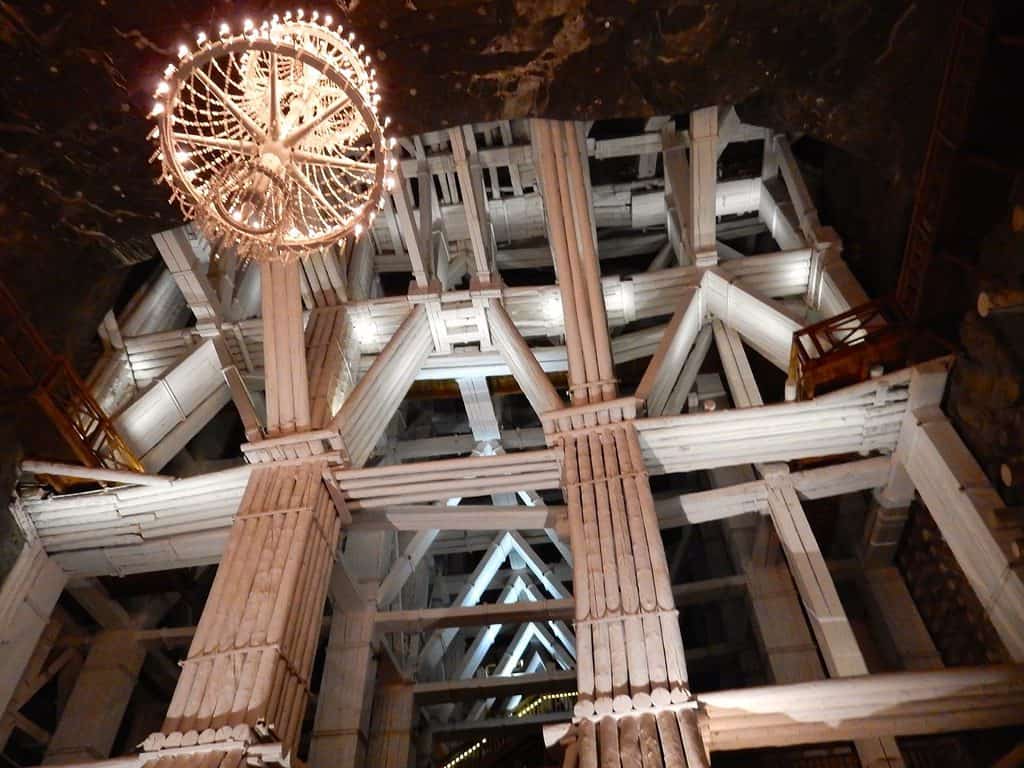 I am hardly the first one here. In fact, visitors stopped by Wieliczka Salt Mines already in the 1400s, though serious tourism took off first in the 18th century. This year, I’m one of approximately one million that will visit. It sounds like a they might all be here right now, but it’s just Catarina and 80 of her school mates.

After descending the first 378 steps, we’re at floor 1 – 243 metres underground. 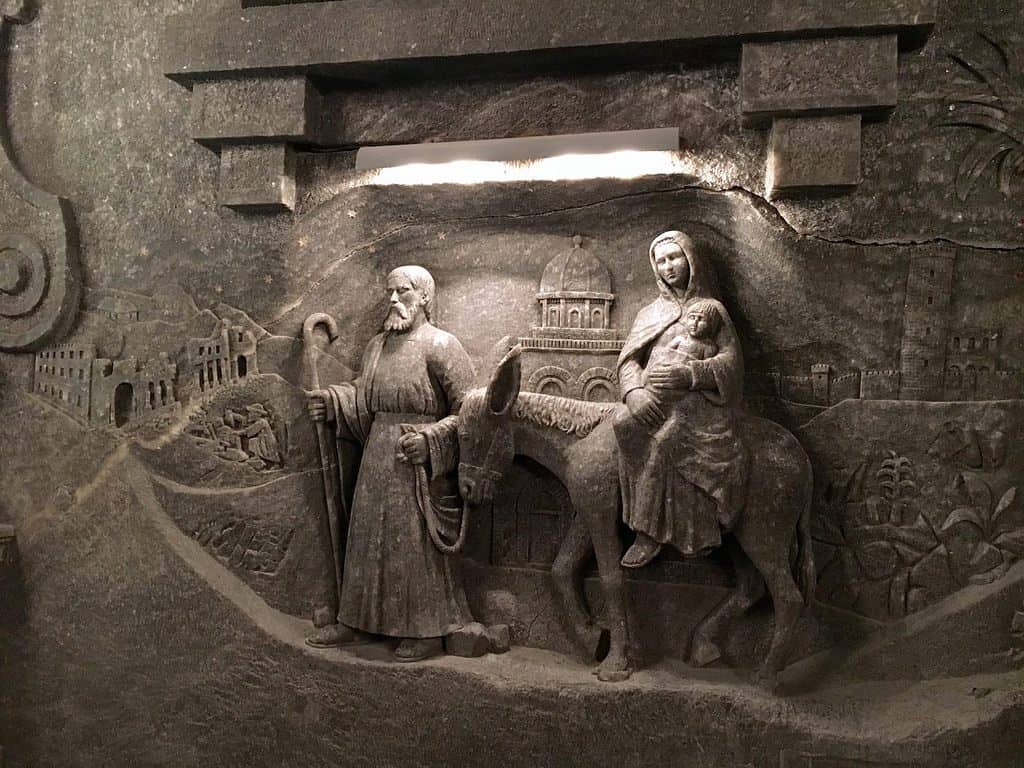 Bas-reliefs, biblical scenes in the Chapel of St Kinga. Is it marble? Why no. It is salt!

Our guide tells us to breathe! Apparently, the microclimate is beneficial to our health. The air is full of minerals.

She also tells us it is possible to taste the salty walls. Well, of course we have to try. And when I say we, I don’t mean me. The idea of all those tongues that have swiped across the walls… ugh! A number of our teenage boys have no such qualms, however. Soon there’s licking and laughing and pushing and shoving, and all of a sudden 15 seems, well… perhaps a wee bit younger. 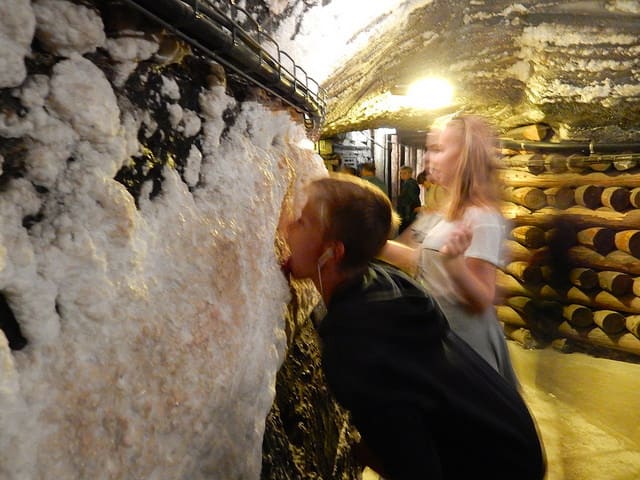 Blurry, but you get the idea.

It’s an interesting tour, but the 2 hours are perhaps a tad long, at least for a band of raging teens. Salt room after salt room, interspersed with green salt lakes. 22 chambers and chapels, bound together by tunnels. You’ll also find wax dummies. (Luckily, Cat has outgrown her fear of the ‘false doll-people’.) 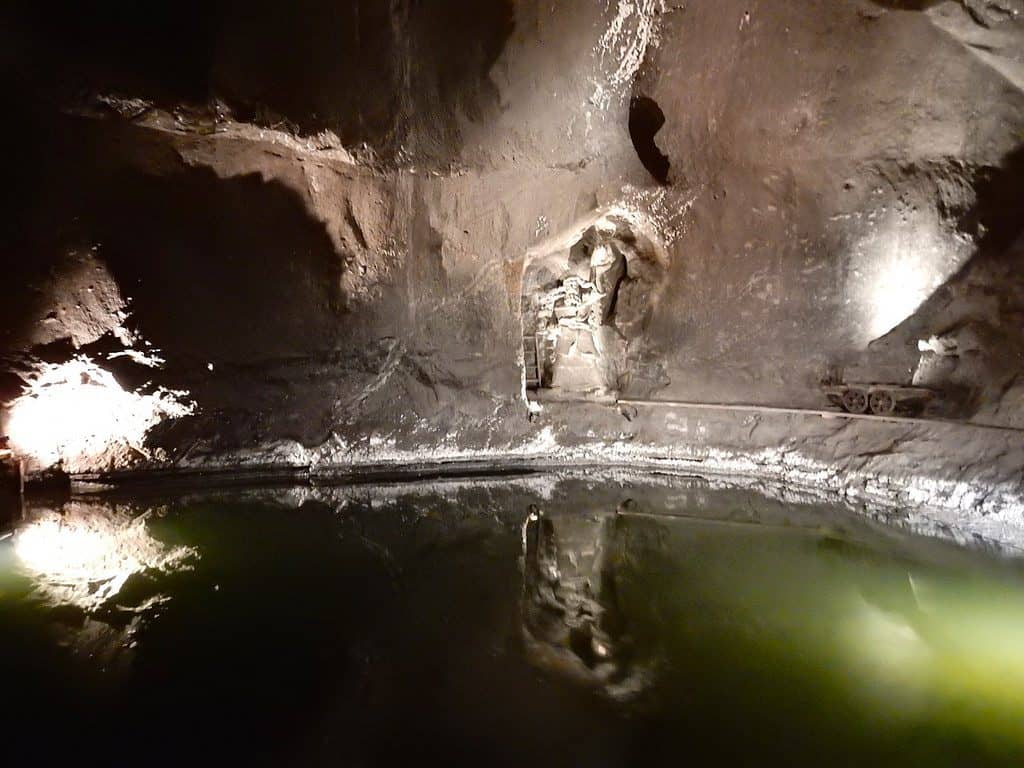 According to UNESCO’s inscription, the two salt mines in southern Poland (Wieliczka and Bochnia) constitute one of the earliest and most important European industrial operations.

I’m left with a deeper appreciation of human effort and creativity. 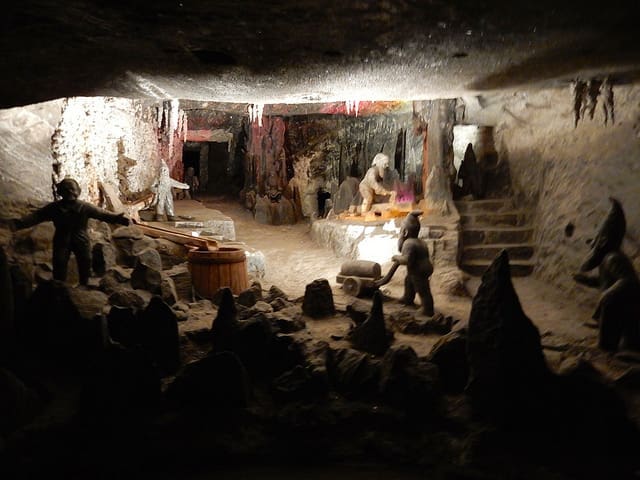 You guessed it: salt gnomes!