I was pleased to see this week’s #frifotos* is all about wings. Whether in the metaphorical sense or the very tangible one, whether on birds or planes or on the back of my daughter’s angel costume, I love wings. Sometimes I even dream I have wings. And the line between dream and reality, well, who’s to say where that goes.

Wing is originally an Old Norse word, vængr. The Vikings no doubt thought of birds’ wings… and possibly the architectural term wing. And chances are good Vikings dreamt of flying, too.

Wings above the ocean where Vikings once sailed 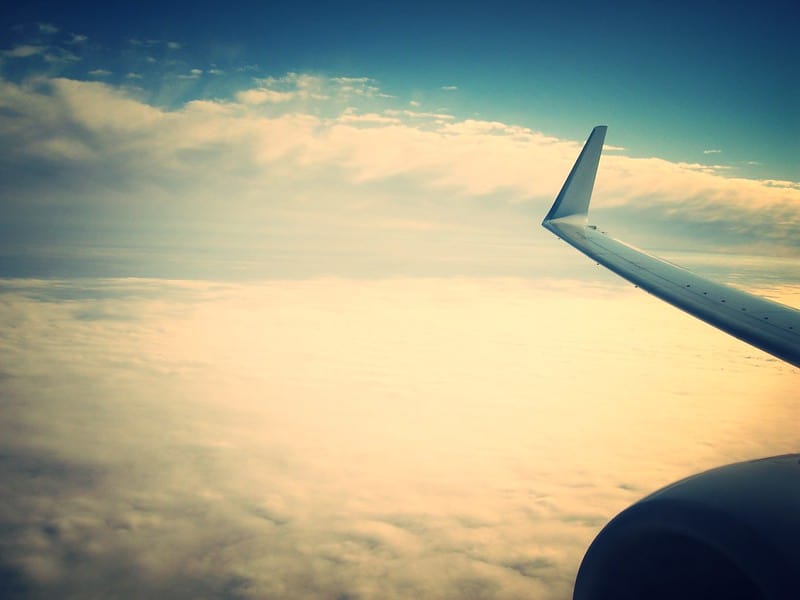 Wings above the North Sea

But wings made of aluminium, titanium or carbon fibre were probably not on their mind. Wings that can lift a metal tube weighing up to 1.32 million pounds (Antonov Air’s An-225 Mriyas) into the air and sustain flight at dizzying heights.

Do you prefer aisle or window seats? I choose window, as I like looking out. If I’m lucky, skies are clear. On a crisp winter day (or night) up here in the Nordics, the air is sometimes so clear, that even though I’m 10 000 metres above ground, I can follow along from city to city all the way home. 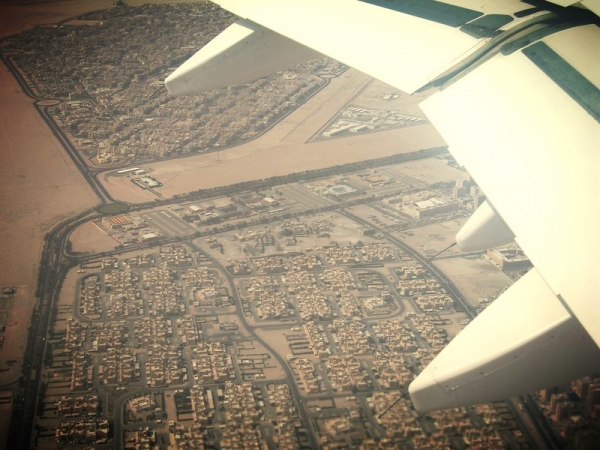 Much toastier is the desert of Kuwait, seen above. The desert haze was visible through the plane window, but too subtle to be captured on camera. 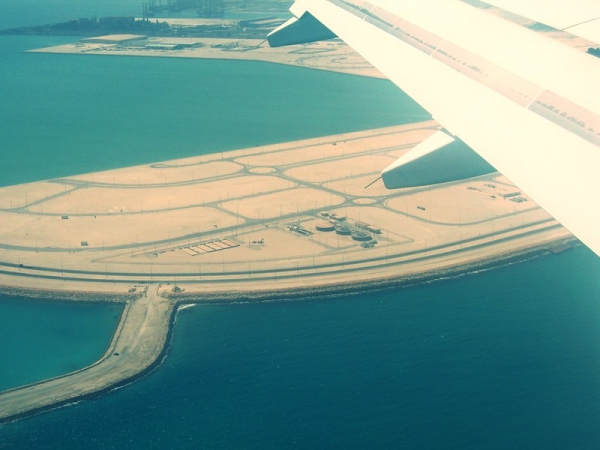 In the little island nation Bahrain, the desert meets the sea in the Persian Gulf – or Arabian Gulf, as it is called here.

Finally, my favourite: sun setting above the mountains of the Caucasus: 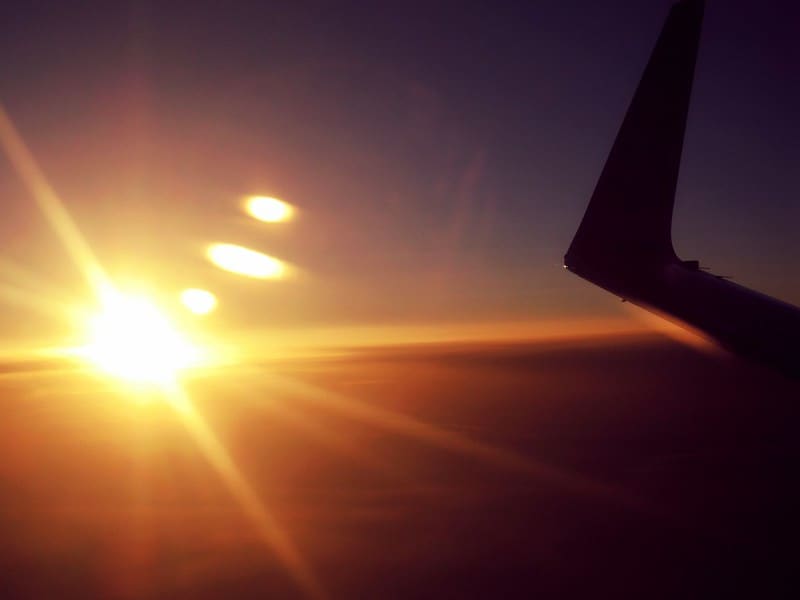 How do you while away hours in the air?

*#FriFotos is a weekly Twitter chat where travellers share their favourite photos. Each week has a theme. Search #FriFotos on Twitter to see more or to join.