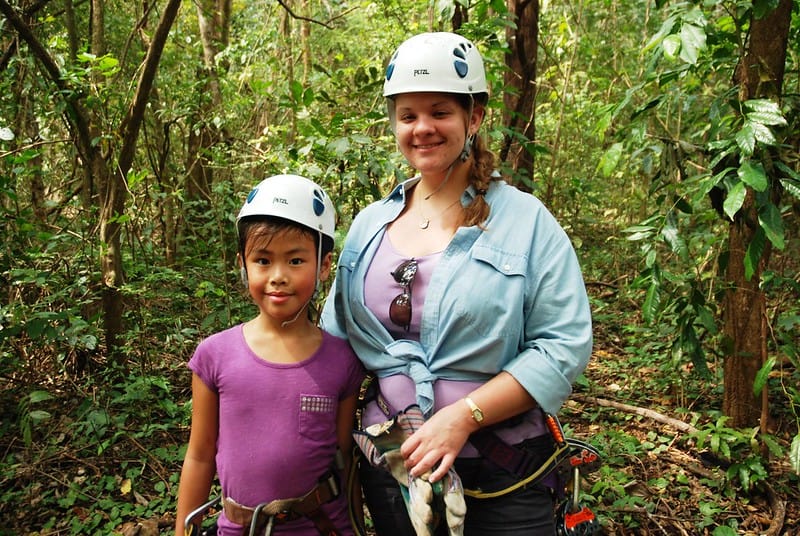 When we were in Costa Rica, mum wanted to visit a coffee plantation. My sister and I would rather zip line. We were going to fly between 9 platforms.

We took a bus to Tarcoles River. As we got out of the bus, we walked a little ways, maybe 20 minutes, through the rain forest until we arrived at an open space where we were shown the basics: how to hold on, how to sit, how to brake and also pull ourselves forward in case we were stuck on the wire halfway between two trees. 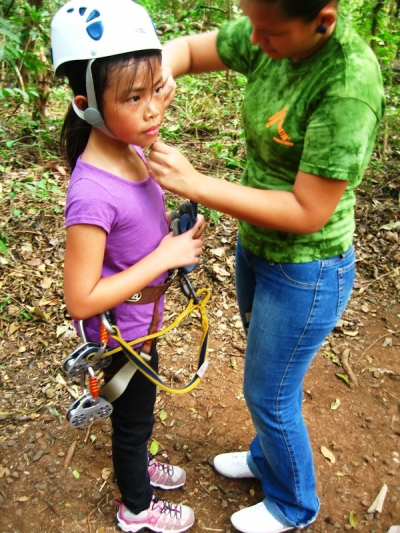 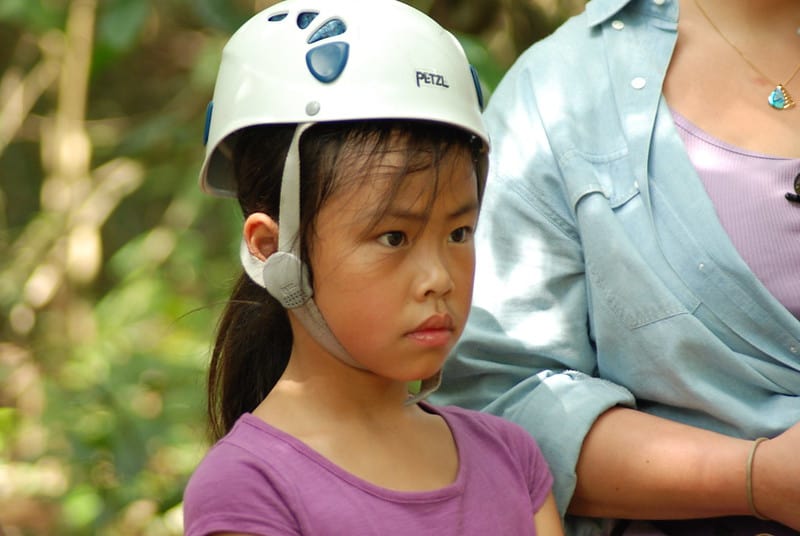 When we had been fitted with harness, we entered a platform about 3 metres above ground. I was the smallest one there, and got really good momentum when I was pushed off the platform. It felt like I was flying. At the second platform there was a man who caught me since I’m so light. My sister came right behind me at full speed.

I had to queue a little on this platform, which was a little scary since it was about 13 metres above ground and quite narrow. Now I had to attach a hook from my harness to a wire around the tree, so I wouldn’t fall. When it was my turn I was pushed off the platform. I was flying above a small river and many sharp stones. I think I must have been about 20 metres above ground. 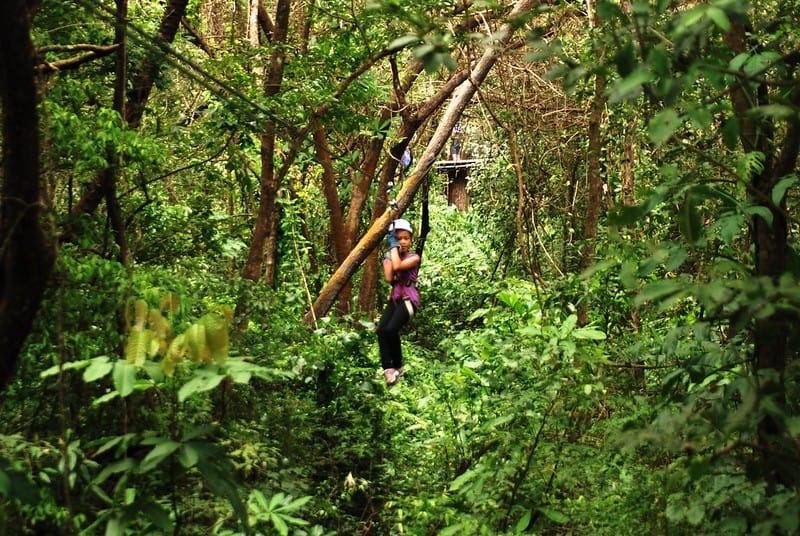 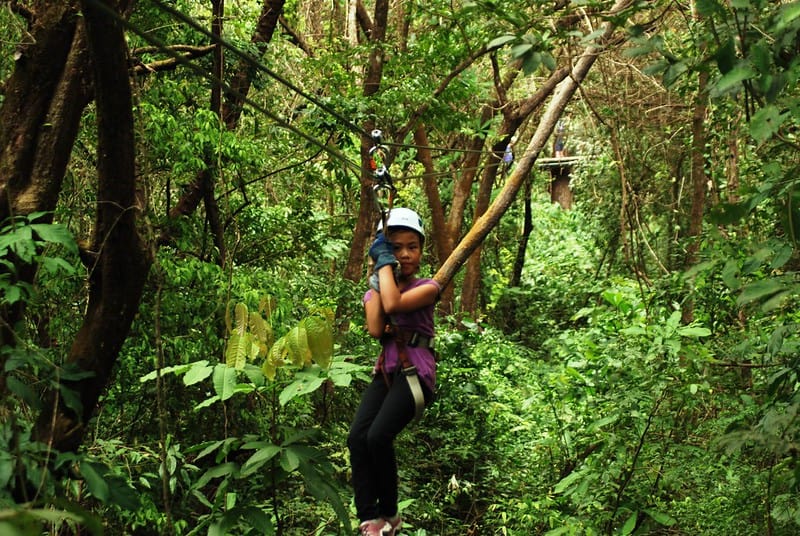 Next section was the highest, about 50 metres above ground. Part of the path went through a Y-shaped tree and the wire went straight between the lines of the Y. The most fun were the monkeys in the Y-tree. As I swooshed past, I was very close to them. 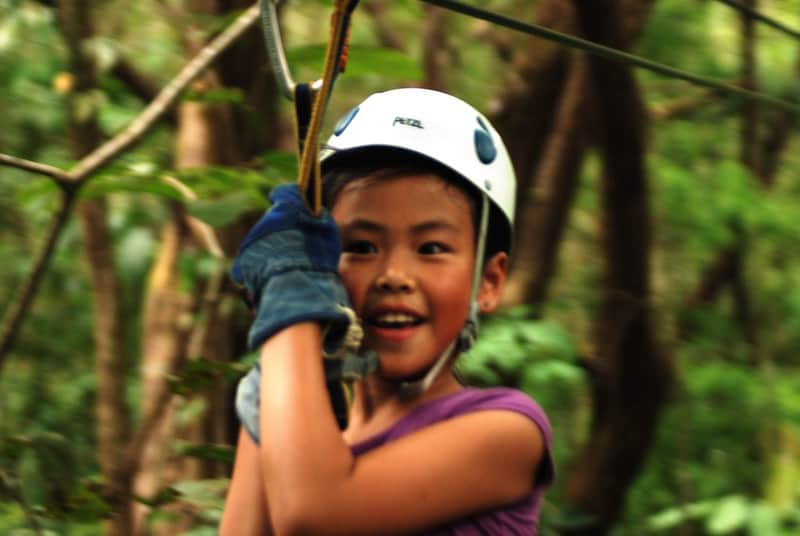 As I neared the next platform, I had such high speed, I crashed into the man who was there to catch me. He didn’t mind and just sent me flying to the next tree. The wire was now at a downward angle and I was soon on the ground. I was offered a bottle of water while I waited for my sister to finish.

Zip lining in Costa Rica was heaps of fun.