I took my first plane journey when I was 11 years old. My oldest daughter was 11 weeks. Times have certainly changed.

Back in the 70s, Mum took my brother and me to New Orleans to a visit her cousin, Aunt Hanna – who had emigrated. It was quite the journey, involving 4 different planes and 5 airports. We switched planes in Copenhagen, New York’s JFK and in Atlanta, Georgia. But I didn’t mind one bit. I was 11, my brother was 9 and neither of us had ever been on a plane before. Nor had Mum. In retrospect, I see she deserves some credit – admiration, even – for setting out on such a long, complicated journey with two raucous kids and no travelling experience. 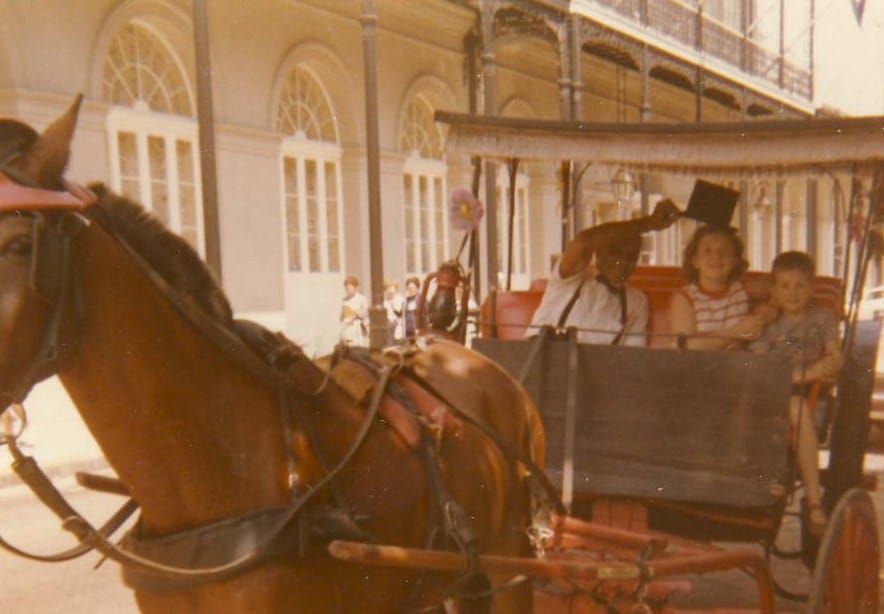 New Orleans was a very exciting destination for our first time travel, especially the night-time lights of Canal Street and of course the French Quarter: Bourbon street, the jazz music emanating from every doorway, the horse-drawn carriages, people of different skin colours (Norway in the 70s was a very homogenous society), but also things that now seem mundane, like shopping malls. And Burger King. I had only ever been to proper restaurants and I couldn’t fathom how it was possible to cook the food in the short time between us ordering and paying.

Some days, we had lunch in a cafeteria. I had just started learning English, yet I was quite proud of my linguistic skills. Imagine my frustration when I was given a packet of crisps when asking for chips. I had yet to master the nuances between English and American. In the mall cafeteria, we had to carry trays with food to our tables, another new experience. Although, we did, in fact, have a choice: if we chose a white tray, we carried it ourselves, if we chose a green one, a man came over and carried it for us.

In New Orleans, policemen carried guns. Norwegian police didn’t. Still don’t. We had never seen a gun in our lives, except on Alias Smith and Jones. It was very exciting. As were huge water melons. Delicious! Grape juice and peanut butter on the other hand: horrid! The poor American children had to eat that? 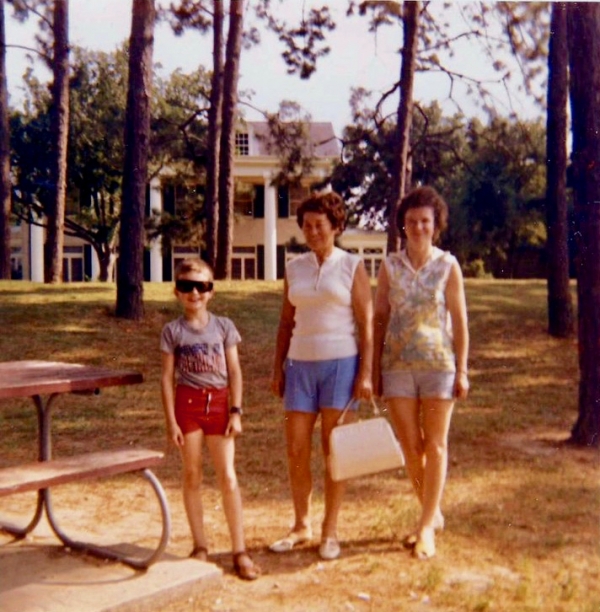 At the beach, I had to wear a bikini top. I thought it looked completely silly and it was bloody unfair. I never could see the reason for that. Still can’t. I was a kid, not a woman!

On board all those planes, we were offered as many sodas as we wanted. What a treat. Normally, we were only allowed such “toothrot” on Saturdays and only a small bottle – 25 cl – each.

While waiting for planes, mum let us roam freely around the airports. I don’t think the thought of us getting seriously lost or kidnapped even occurred to her. She was pragmatic. In Atlanta airport, we went into a shop, looking to buy a pressie for our grandmother. We had 4 dollars, and thought we were very lucky to find a souvenir plate that cost 3.95. Were we ever surprised when the clerk at the cash register asked for 4.15. We didn’t really understand what tax was. At home, tax is calculated into the price, so it’s never an issue. Trying to locate Mum to get more money, we got lost, of course. Fumbling around in a huge airport restaurant, we looked for signs saying “way out” as we had been taught. Here, signs only said “exit”. Very confusing!

I’m glad to say it all worked out though. We arrived home safely, souvenir plate and all. And, as a bonus, our teeth hadn’t rotted and fallen out, despite the litres and litres of soda we had consumed on board. The “only-on-Saturdays”-policy was a harder sell after that.