When people think of the UNESCO-listed Palaces and Parks of Potsdam and Berlin, Sanssouci is probably the first that comes to mind. And that Rococo palace of the Prussian king is indeed a fine example, with its park and temples and follies. Voltaire even stayed there for a bit.

However, the World Heritage site comprises no less than 150 buildings and more than 500 hectares of land. This is what UNESCO has to say:

The Palaces and Gardens in Potsdam and Berlin include all elements necessary to express the Outstanding Universal Value of the Prussian residence landscape… The cultural landscape with its parks and buildings was designed and constructed between 1730 and 1916 in a beautiful region of rivers, lakes, and hills.

The property extends from Potsdam into the Zehlendorf district of Berlin, along Havel River and Groß Glienicker See, the lake that once served as a border between East and West Germany. The border that separated two countries, and two worlds, was in the centre of the lake and marked by buoys. East Berliners couldn’t even see the other shore, as the Berlin Wall occupied the lake’s western banks. On the other side, swimming or wandering across the ice to the buoys was popular amongst West Berliners. Odd to think all that is 30 years ago now.

Since grandiose, opulent Sanssouci gets so much attention, I thought I’d show you a very different example of the listed palaces, Schloß Pfaueninsel, a little fun-palace, situated on Pfaueninsel (Peacock Island).

From the Romantic period, Schloss Pfaueninsel is a Lustschloss, a pleasure palace, on an island in the Havel River, constructed in 1794 – 1797, on the behest of King Friedrich Wilhelm II of Prussia.

Much like Prince George, FW II was more interested in pleasure and the good life than in politics, military matters, and you know, running the country.

Prussia was practically founded on the military; so much so, a Prussian ruler with no interest in the army seems almost an oxymoron. He did enjoy works of art and architecture, though, and we’ve got him to thank for the magnificent Brandenburger Tor.

At Pfaueninsel, FW II set up the pleasure palace as a place to hang out with his favourite girl, Wilhelmine, who, incidentally, was not his wife. Not any of his wives. Going into the romantic inclinations of this particular König would take much too long. Suffice it to say, he was known as der dicke Lüderjahn, the thick profligate, or, to put it in more folksy jargon, the fat cheater.

A fat cheating sloth he may have been, but he had some decidedly sympathetic traits as well. A century before FW II’s time, his predecessor, FW I, had set up a rabbit farm on the island, earning it the name Rabbit Island. FW II cared about plants and animals, and when he took over, he set Pfaueninsel up as a wildlife refuge. Rumour has it, he said:

On Rabbit Island neither the merest tree nor bush may ever be felled again!

FW II died in November the same year Schloss Pfaueninsel was finished, so he and Wilhelmine can’t have had much time to enjoy it together.

After FW II’s death, his son (FW III, natch) took over and introduced all kinds of creatures – wolves, crocodiles, monkeys, kangaroos and peacocks. Most of them were moved to Berlin Zoo a long time ago. Today, only the peacocks remain on the island. 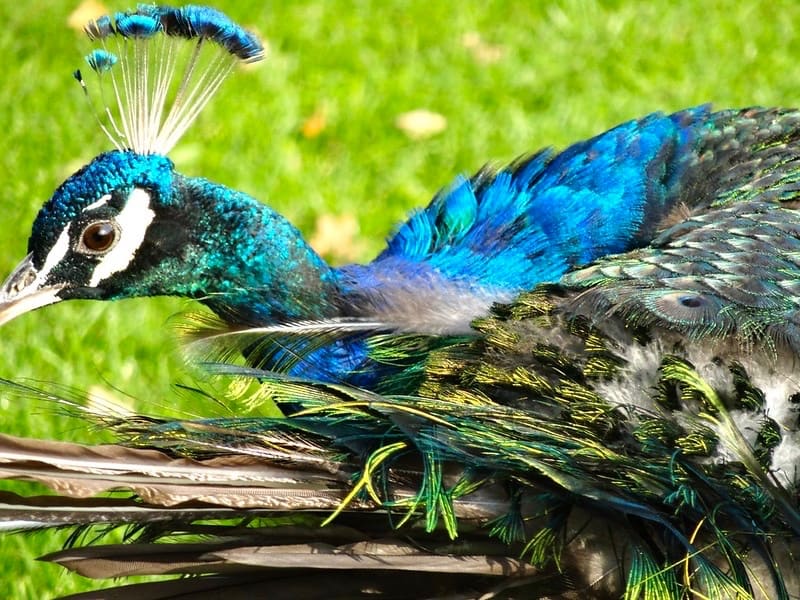 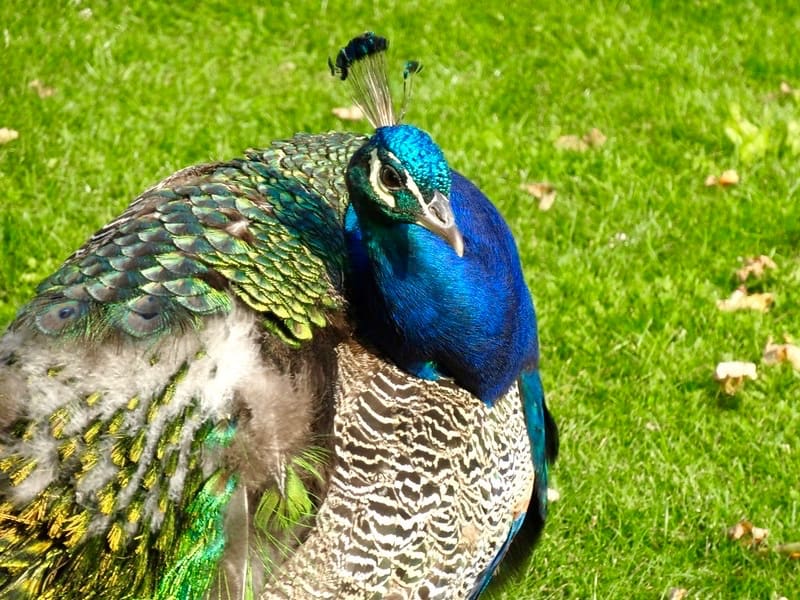 Wild peacocks, fearless and cheeky. The poser on the right pinched a half-eaten peach straight out of my hand.

And he wasn’t the only poser. 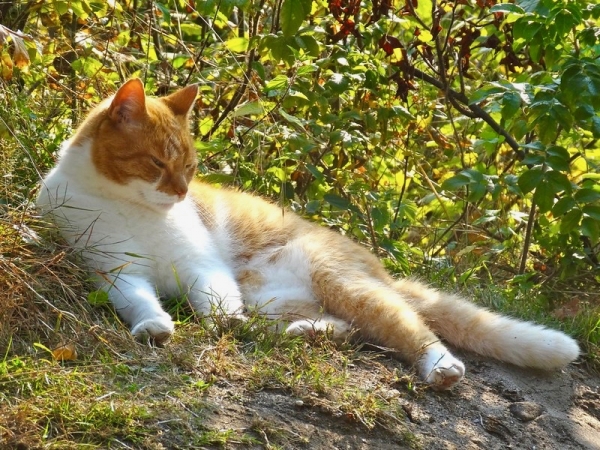 Pfaueninsel is a lovely little getaway from bustling Berlin. In addition to the remaining facade of the pleasure palace, there are several abandoned buildings and some self-assured wildlife. In keeping with FW II’s interest in nature, the island is now a nature reserve within the EU’s Habitats Directive, as well as a special protection area as regards the union’s Birds Directive.

Getting to Pfaueninsel is by ferry from Berlin Wannsee railway station. Chilling name, Wannsee. A 30-minute walk from the jetty, is Großen Wannsee 56 – 58, a magnificent Italianate mansion, where 78 years ago, a conference took place where it was decided to murder all the Jews in Europe.

Today, the House of the Wannsee Conference is a museum and an educational centre. So, in addition to a pleasant day out amongst peacocks, there’s also the opportunity nearby, to reflect on human cruelty.

I think we’ll shift our focus back to FW II’s folly. For today, at least. 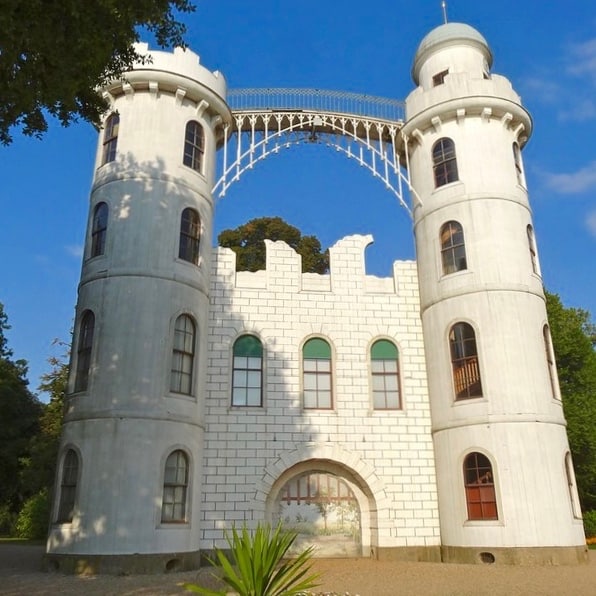 That cast-iron bridge connecting the two towers, though…