In my quest to see sites that UNESCO has deemed worthy of special protection and preservation for future generations, I sometimes stumble upon rather curious ones. These can be quirky and fascinating sights off the beaten path, like these ruins in Armenia or this tiny island in the River Gambia. Other times, well, I’ll be honest, I can’t immediately understand the reasoning behind the inclusion. The Berlin Modernism Housing Estates was one such instance. 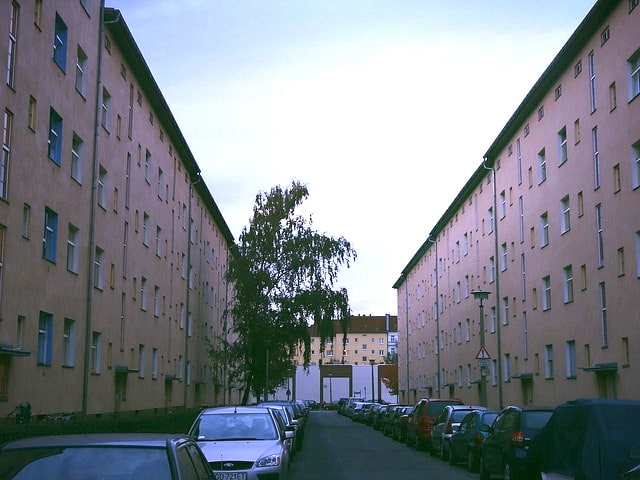 Such was my superficial first impression.

The property comprises six housing estates around Berlin, four in West and two in East. I decided to have a look at Wohnstadt Carl Legien in the Prenzlauer Berg area of East Berlin. It took some finding, and some asking. Oddly (and perhaps sadly), none of the 5 – 6 people I asked for directions seemed to be aware they had a world heritage site in their backyard.

Wohnstadt Carl Legien is somewhere I could easily walk past without noticing. Seen through jaded 21st century eyes, these are merely blocks of flats, apartment buildings; nothing remarkable.

After World War I, Germany was in shambles: economic crisis, depreciating currency, horrible debt balance, all money used to pay for the war, and hyperinflation: in 1919, a loaf of bread cost 1 Mark, in November 1923, it cost 200,000,000,000 marks. Prices didn’t just rise year by year, but hour by hour. If you bought a coffee and thought you might like two cups, it was best to buy both at the same time, as prices might have risen by the time you had finished the first cup. Money became worthless and those who could, reverted to a barter economy. Society broke down, and, as we all know, a little Austrian with a toothbrush moustache didn’t waste the opportunity. But I digress.

People starved, and housing was scarce. In the middle of all this, the Weimar Republic (the period between 1919 and 1933 in Germany) acknowledged the state’s responsibility to ensure people had a proper place to live. And these housing projects were very proper indeed. They were designed by the most famous architects of the time and set up as labour union cooperatives. Every flat had a living room, a bedroom, a kitchen and a bathroom complete with toilet, bathtub and wash basin. Each also had a balcony, and lots of green space surrounding it. Hardly something to be taken for granted 80 – 90 years ago, anywhere in the world.

Now, when I try to see these buildings through the eyes of a Berliner in the 1920s, the picture looks very different. There’s much more to this housing estate than meets the eye, this is a world heritage site with a heart. 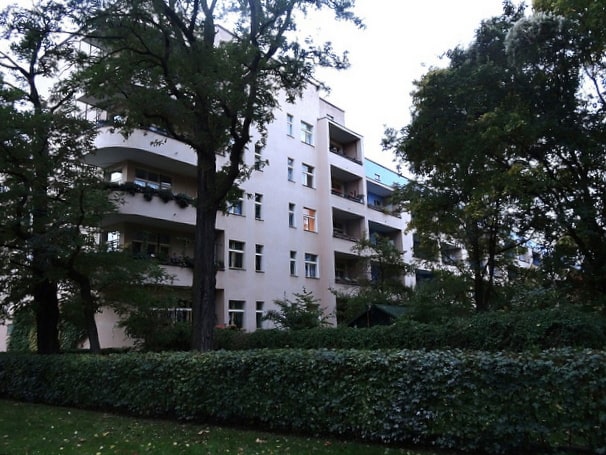