Central Italy has three provinces: Tuscany and Umbria are well-known, Le Marche less so. Each has a hilltop town listed among UNESCO’s World Heritage sites. Tuscany has San Gimignano, Umbria has Assisi, and Le Marche has Urbino. Its remarkable legacy of independent Renaissance culture is the reason for inclusion on the list. 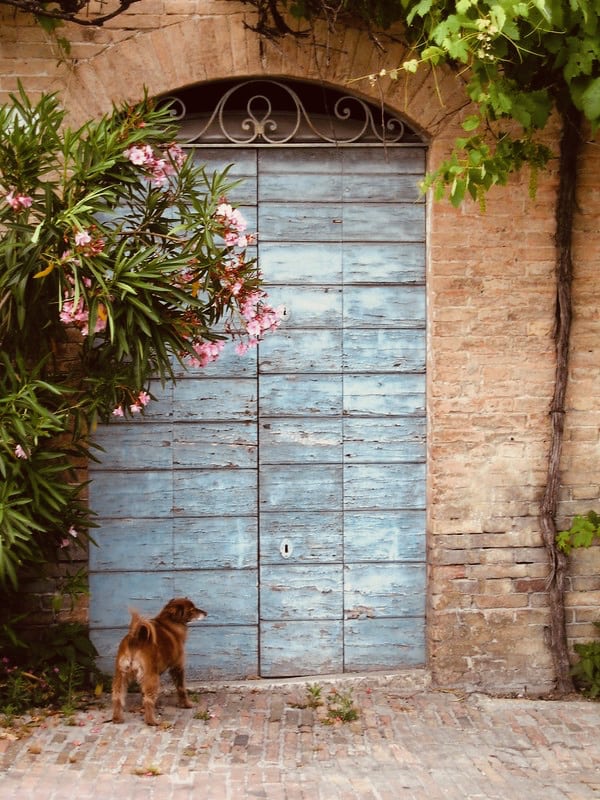 San Gimignano and Assisi are indisputably beautiful. They’re also busy. Especially on lovely summer days. Last June, I spent a few days in Assisi – and couldn’t really see it, except very early in the morning. Every church, every tower, every piazza were simply too full. Not only of visitors, but also of large ad posters, banners, sandwich boards… the town seemed to disappear in all the visual noise. It was with some trepidation, therefore, that I headed to Urbino. It turned out to be a surprise and welcome relief.

Urbino is high up a hill, lined with ancient stone buildings and tall towers. A very steep hill, in fact. It felt as is the pavement was staring right at my face. But I trudged on, ignoring my screaming calf-muscles. 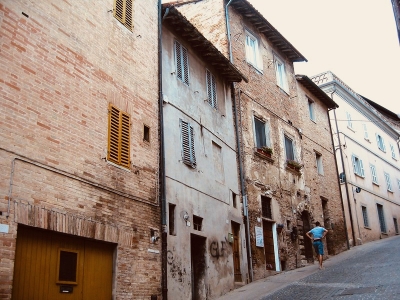 Along the hill, I saw only three other people – all students hanging outside the University of Urbino, smoking and chatting. On top were wonderful views of the rolling hills and mountains of Marche. 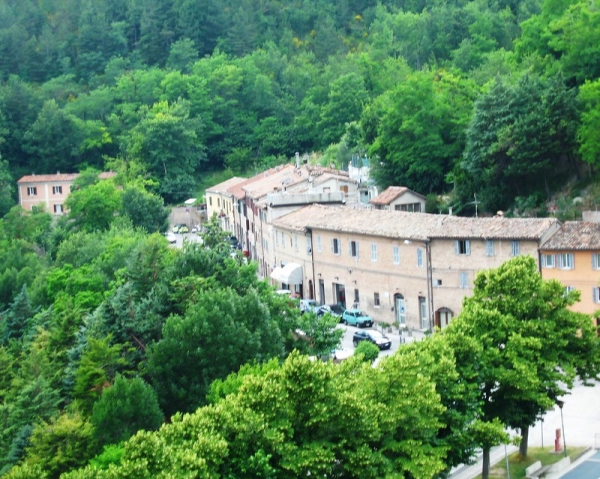 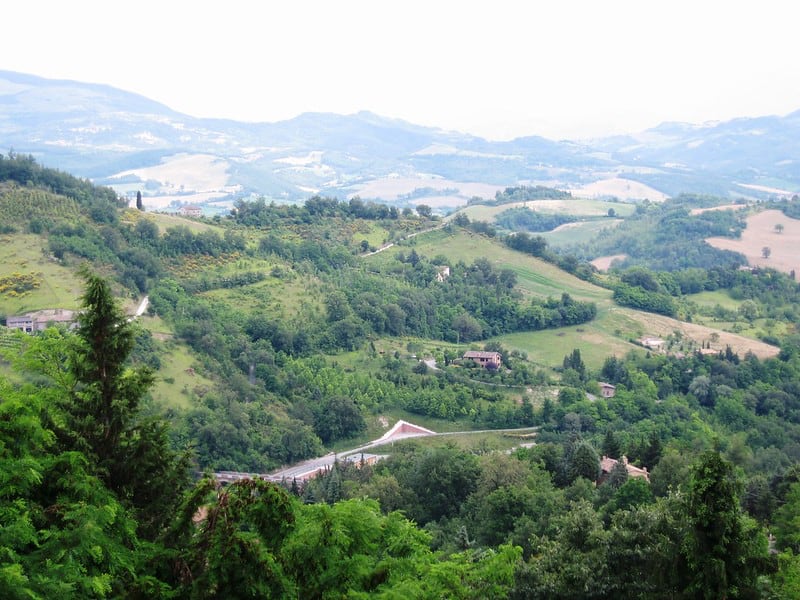 The piazza was surrounded by fine buildings, unsullied by loud poster ads. Shops were few, only one sold postcards and souvenirs. Sitting down in a pleasantly busy cafe, I eavesdropped on people around me. From every table, I heard Italian. I was surrounded by local visitors, residents and students! 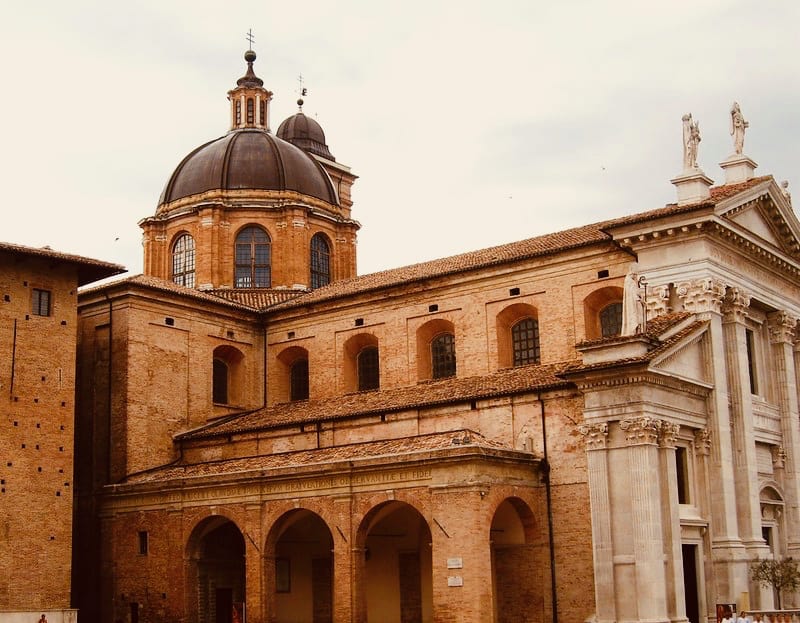 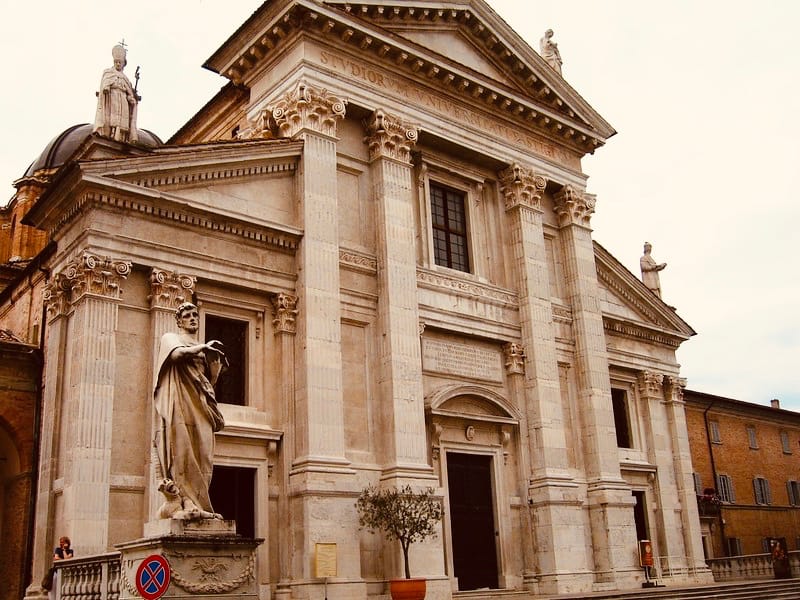 A tiny bit of Urbino history

Urbino was once a modest, little Roman town called Urvinum Mataurense. Ca 1200, the town ended up in the hands of the House of Montefeltro. Urbino’s major claim to fame is the imposing 15th century Palazzo Ducale, the Arch Duke’s Palace. Thanks to Federico da Montefeltro, Duke of Urbino in the mid-1400s, the palace is home to Galleria Nazionale delle Marche, one of the most important collections of Renaissance paintings in the world. 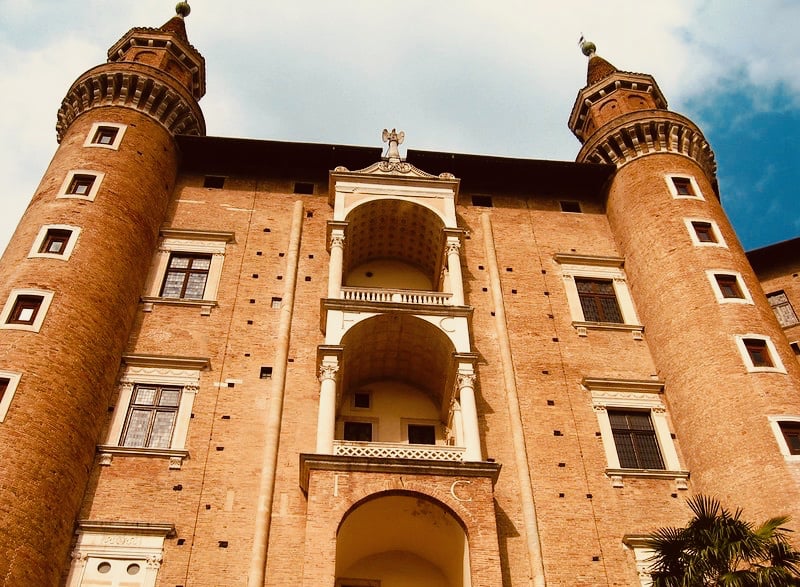 Walking back down – not the steep hill – but the longer, more roundabout way around – I noticed two people – students, it looked – sitting on a ledge, wiggling precariously 10 – 12 metres above the road underneath, using a bench as a foot rest.. A fall would likely mean death or at the very least, disability. All of a sudden, I was reminded I’m no longer a student, but a mother. Before, I would probably have walked over and joined them on the ledge. Now, I had to restrain myself from running over and telling them to get down from the ledge immediately and sit on the bench instead.

Back down, I discovered there was a lift. I was glad I hadn’t seen it earlier. Somehow, that calf-achingly painful climb gave me a feeling of being in a more inaccessible place. A secret place. 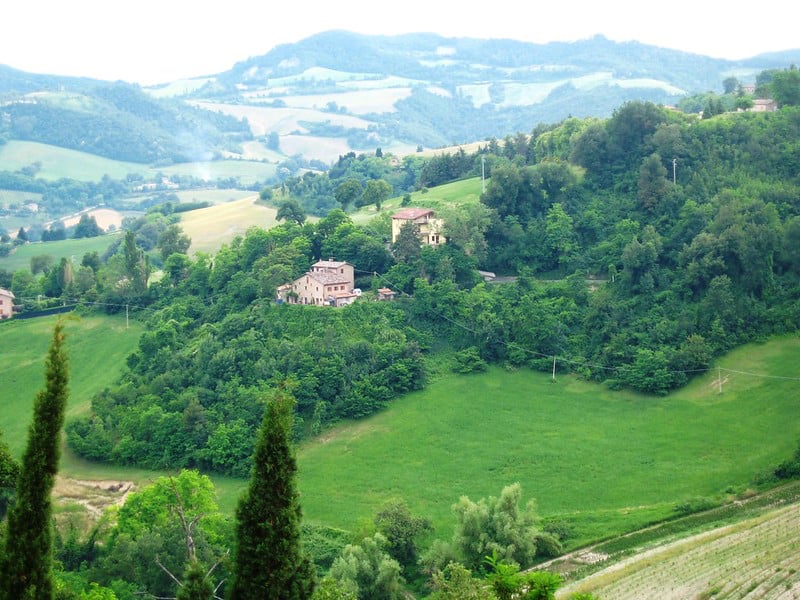 Disclosure: I was in Le Marche as a guest of La Tavola Marche agriturismo and cooking school and took the opportunity to visit Urbino while I was in the neighbourhood. As ever, all opinions offered are my own.