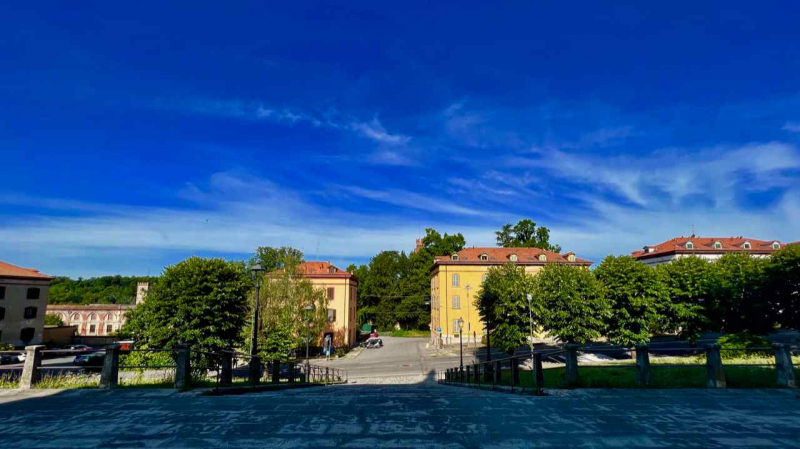 In this week’s post, we are back in Italy, and back in Lombardy, between Milan and Bergamo, at the foothills of the Alps.

Specifically, we are in Crespi d’Adda, a 1 km² company town, a welfare town, built in 1878 for cotton mill workers and their families, in a valley along the River Adda. The person behind this project, textile tycoon Cristoforo Benigno Crespi, wanted to keep his workers happy. In addition to the houses, he built a school, a theatre, and a church for them.

That is of course kind-hearted. And also smart.

If you don’t have to worry about housing for your family and schooling for your children, chances are you will be a more productive worker. Turn-over will probably be at a minimum. The possibility of worker strikes will be significantly reduced. In short: a win-win!

And it worked. In the half century that the Crespi family ran the factory, there were no strikes or social unrest here.

Cristoforo and his son Silvio studied textile factories in Europe and were inspired. Similar welfare/company towns already existed in other countries: Derwent Valley Mills and Saltaire in England, New Lanark in Scotland, Christiansfeld in Denmark, Falun and Gammelstad in Sweden, and many more around the world.

I called Robert Owen, founder of New Lanark, a compassionate capitalist. I suppose we could say the same for Crespi.

The village: providing for the workers from cradle to grave 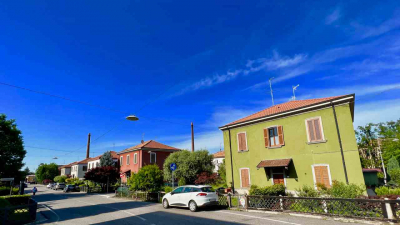 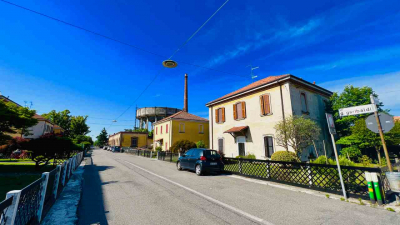 These welfare towns tend to have a somewhat rigid structure, with a series of cottages lined up along streets in a geometric pattern, with the houses on one side, and the factory buildings on the other. 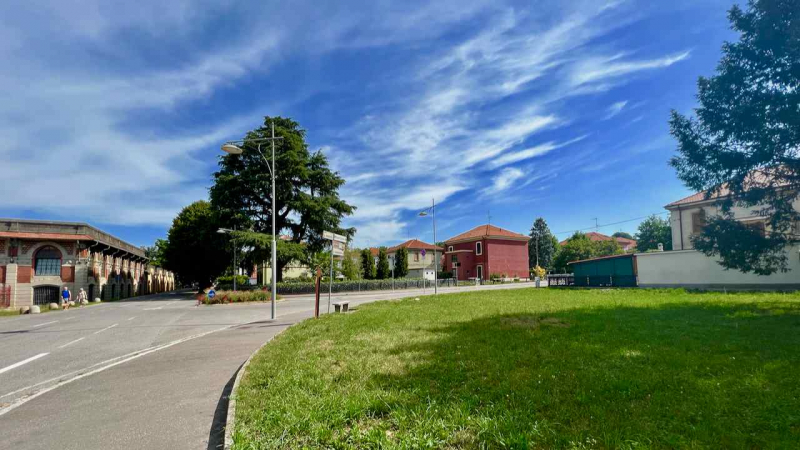 Crespi d’Adda looks a bit different from others I have seen, though. Compared to New Lanark for example, it feels more spacious and airy. The houses are more colourful, and the gardens bigger, and also more chaotic. We have the Mediterranean climate (and temperament) to thank for that, I’m guessing.

The houses in Crespi d’Adda were all built to a high standard, with gardens in front, and a vegetable patch at the back. From the labourers’ residences, to factory managers’ and clerical workers’ homes, to the Castle (Crespi’s own summer residence, the Villa Padronale): the higher level job, the bigger and more ornate the house. The snazzier ones had balconies and bigger windows. Some had tall, fairy-tale chimneys, and the space at the back was a proper garden. 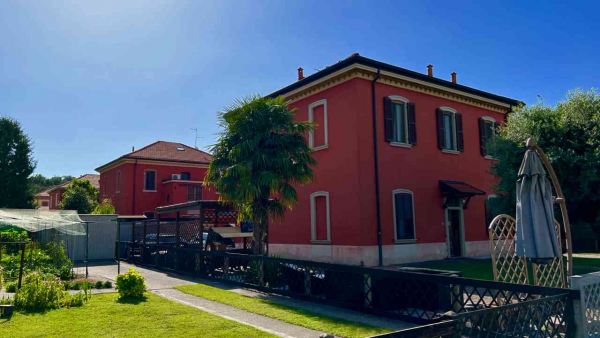 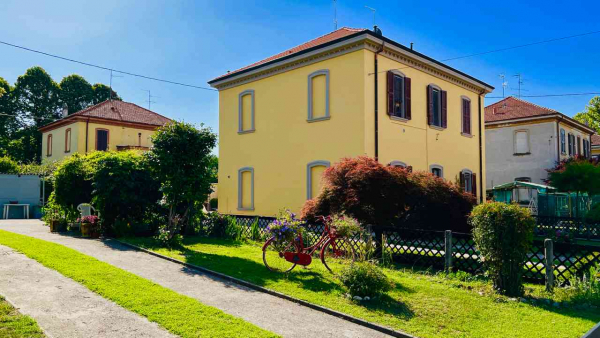 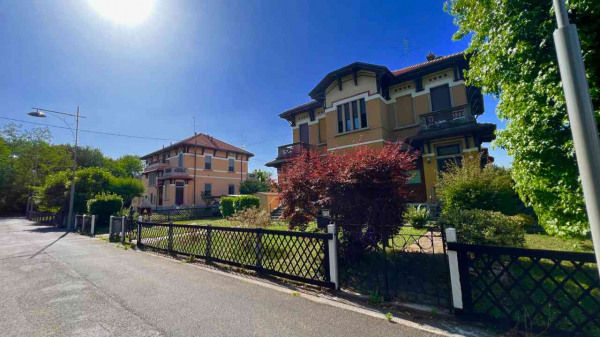 There were several amenities for the workers, such as public baths with indoor toilets and warm water showers, hardly a common feature in the early 1900s. Not only that, but a small swimming pool was also available. The pupils in the school were required to use the public baths every Thursday, the weekly holiday.

A wash-room in the town centre saved people (probably housewives) from going back and forth to the river with heavy laundry baskets. 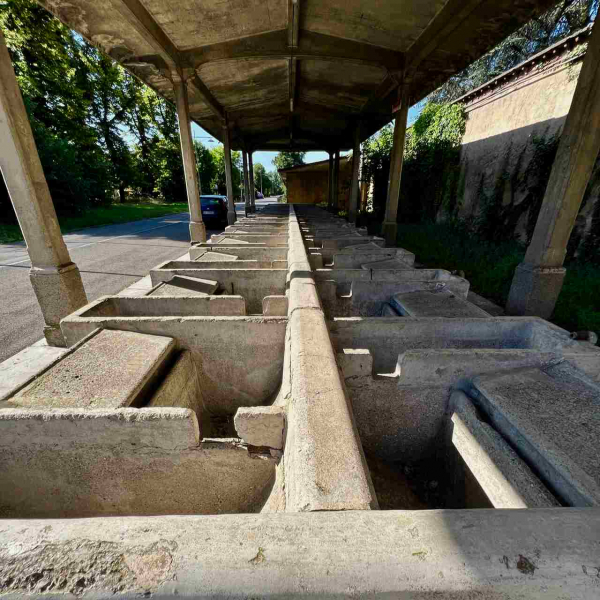 As the number of residents increased, a doctor’s office was expanded to a small hospital, located near the factory entrance, for quick intervention in case of an accident. 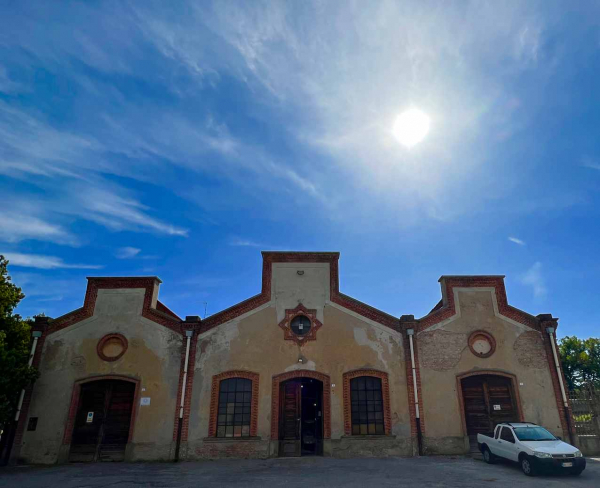 In addition to the school, theatre and church, a cinema was added – pretty exciting in the early 20th century, I can imagine. There was also a co-op and a sports centre. Child-care was free for the residents. So was power, supplied from a hydroelectric plant. Crespi d’Adda was in fact the first town in Italy to have electric lighting. All in all, a pretty good set-up.

Remember the ‘cradle to grave’-bit in the heading?

At the other end of the village, along a long straight road, is the cemetery, where the main feature is the Crespi family mausoleum with a chapel inside. 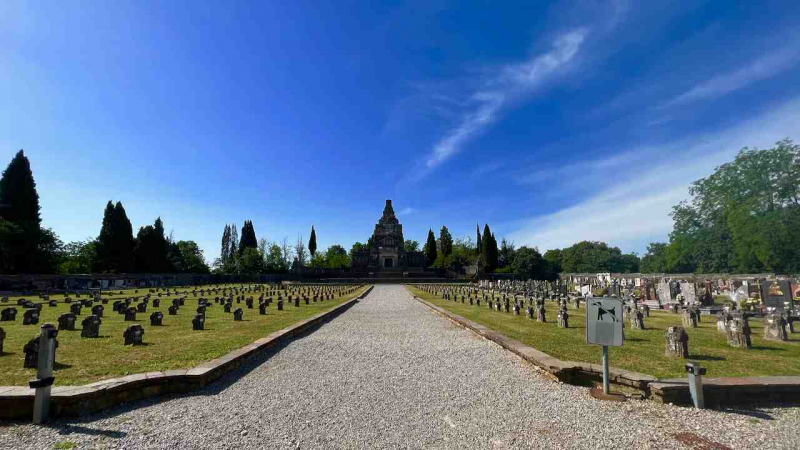 Let’s get up closer. 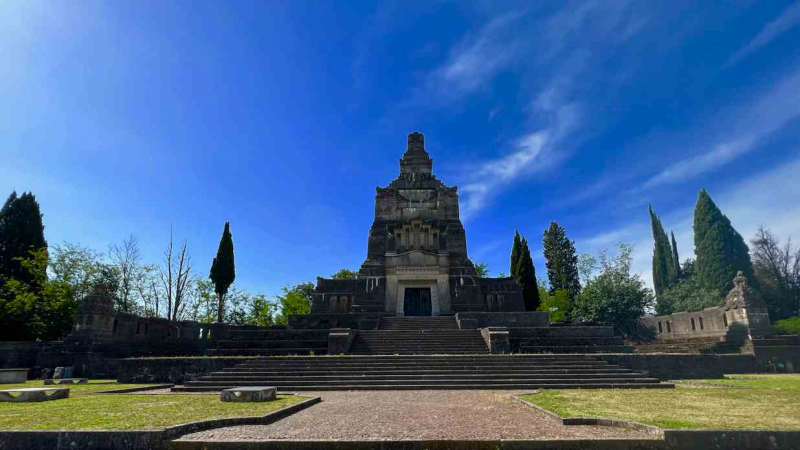 A bit overpowering, isn’t it?

I am drawn towards the rows of smaller stones, many with black and white photos of babies and young children. Here’s Zaccaria, 17 months. There’s Elia, 5 months. Infant mortality rates were high, often caused by respiratory ailments. 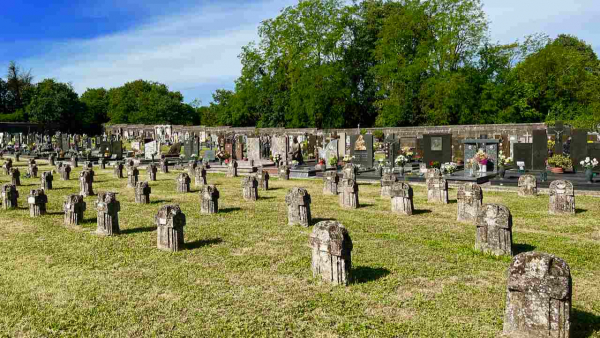 Rumour has it, ignis fatuus (a ghost light phenomenon) sometimes appear here at the cemetery in Crespi d’Adda, especially on warm summer nights.

Unfortunately, you can’t go inside the industrial buildings. They are mostly empty anyway, and have been since production stopped in 2004. But we can at least appreciate them from the outside. 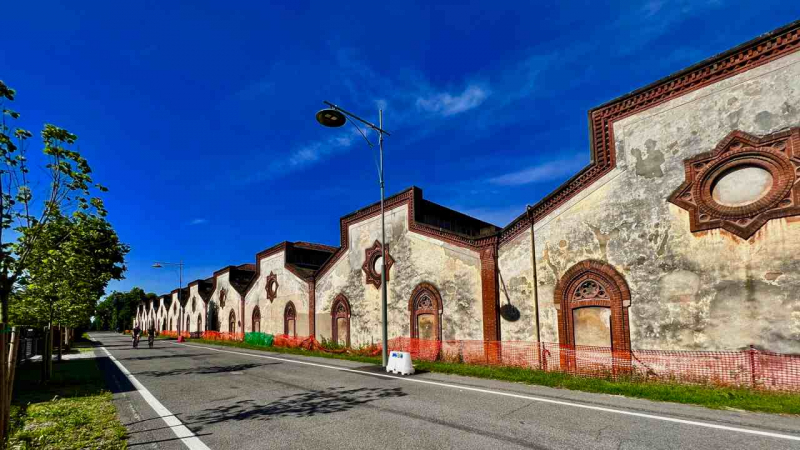 The textile factory was run on hydro power from the River Adda. Producing yarn is what it was about here: spinning, weaving, twisting, dyeing. In 1927, workers operated a whopping 27,000 spindles here.

Most of the factory buildings were built between 1895 and 1905, including the central building with the tall chimneystack. 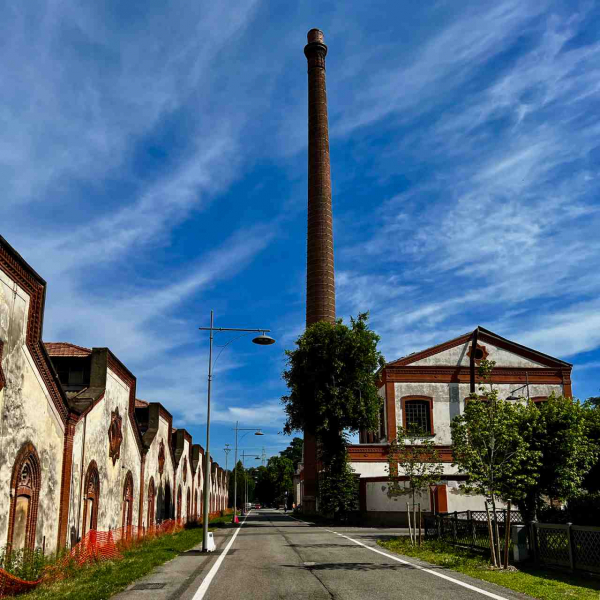 A short walk uphill next to some of the bigger houses gives me a sense of the urban layout. Further on, along wide tree-lined avenues, I spot a few people on this quiet summer Sunday. Some tend to their house, some work in their garden. Others are out jogging. A cycling group of photographers with professional-looking gear, play with camera angles to get cool shots of the factory buildings. 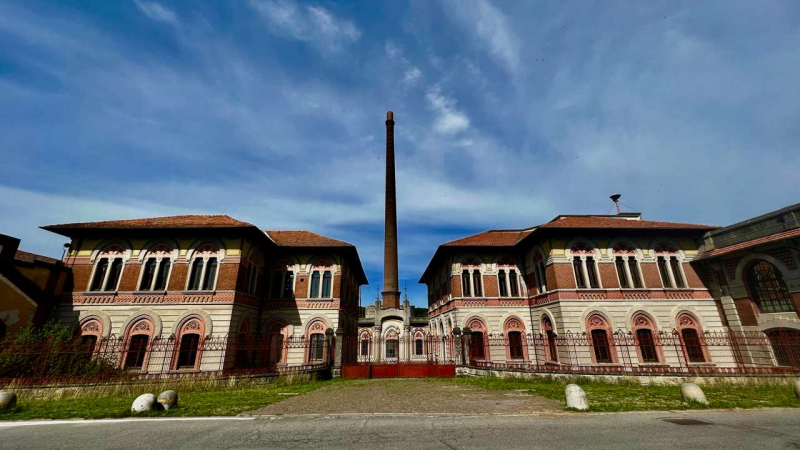 The houses I walk past are now on private hands, though many of the owners are descendants of the factory workers. No one seems to mind curious tourists like myself staring at their homes, snapping away. None of the ones I bump into, at least. I suppose you are warned about that when moving in here. Even the few dogs I pass, seem friendly and curious behind the fences.

The school is open, sort of. But today is local election day, and voting is taking place here. 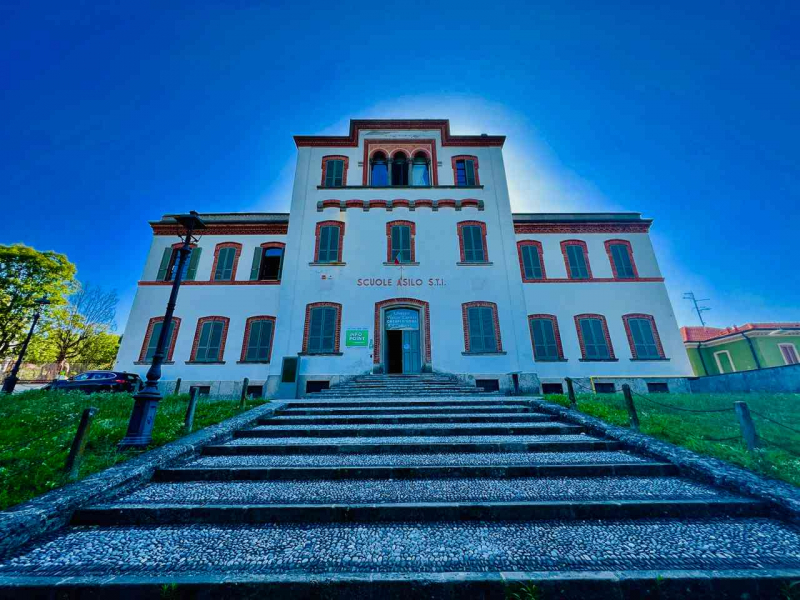 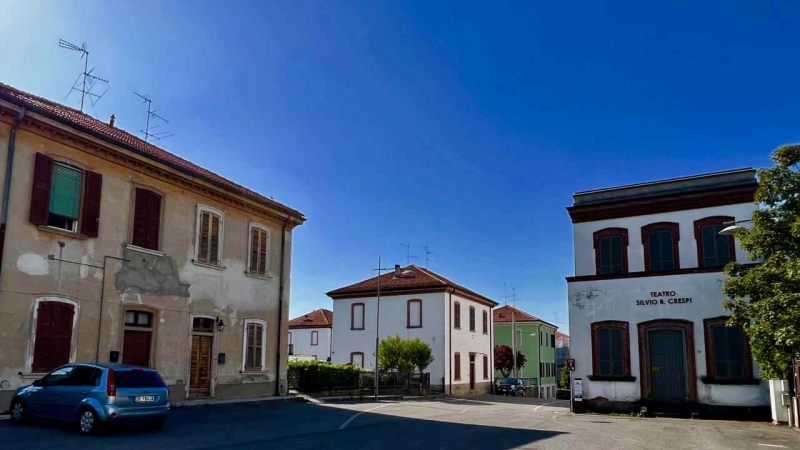 – but the faux Renaissance church is open, and very pretty inside. 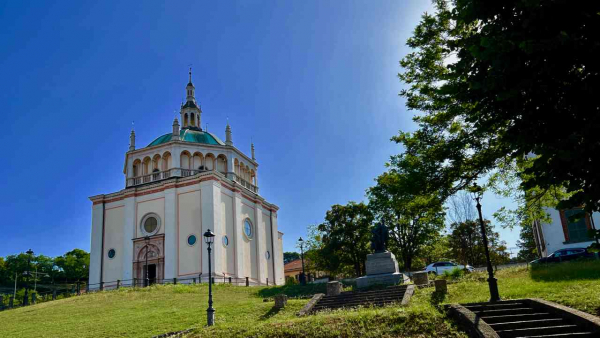 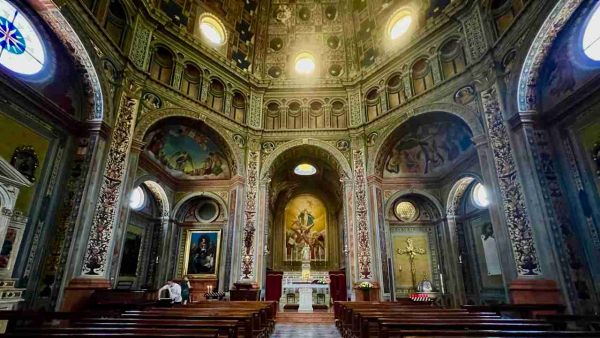 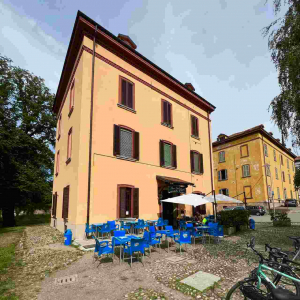 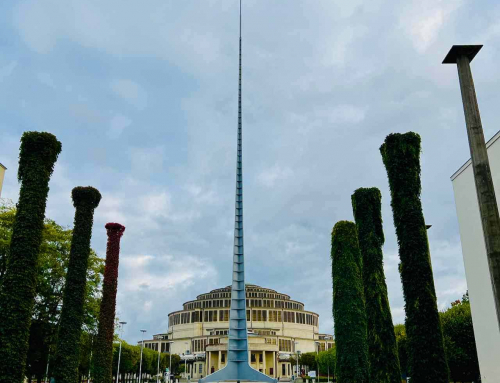