Earlier, I’ve told you of my first trip abroad – to New Orleans. As an eleven-year-old, I thought it was an exciting and exotic city; the colours, the smells, the people, the jazz, the streets and the street cars, the shops, the horse-drawn carriages… 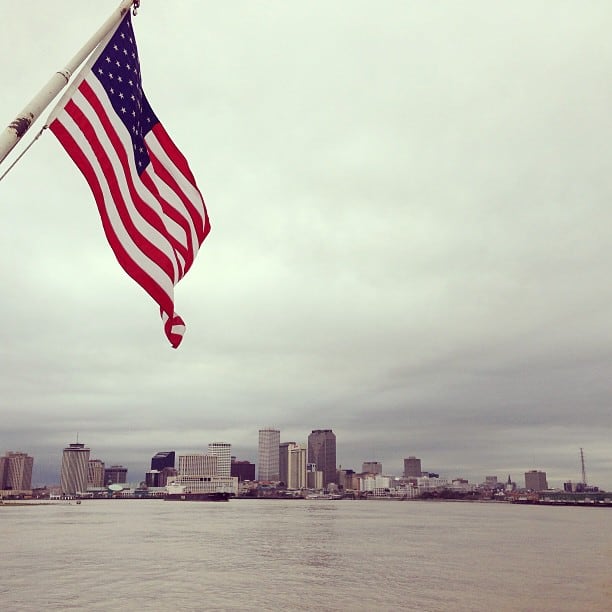 I’ve always had a strange yearning to see the city again – through grown-up eyes. Yet despite living in the USA for five years in my teens and early twenties, I never returned to New Orleans.

Well, it was about time. Besides, my youngest daughter Cat is now 11. Of course, an eleven-year-old in 2013 is much worldlier than I was more than 30 years ago. But still: what would her impression be?

So… we’ve just returned from New Orleans where we had a look at its more family-friendly sides. This vibrant city offers much more than parties and beads, y’know. (Although you can’t really escape beads). There are heaps of things to see and do here – very quirky things.

You’ll find articles on paddle steaming on the Mississippi, on the crazy and colourful world of Mardi Gras, on New Orleans eats, and more here on Sophie’s World. Alexandra even headed out of town for a look at a few southern plantations, including a unique Creole one, and tells you all about it. She also delves into the darker side of this most unusual of North American cities, with ghosts, haunted houses and horrible histories from New Orleans’ sinister and sinful past.

For now, as an apéritif, here’s a look at New Orleans by Instagram. And we’ll begin, of course, in 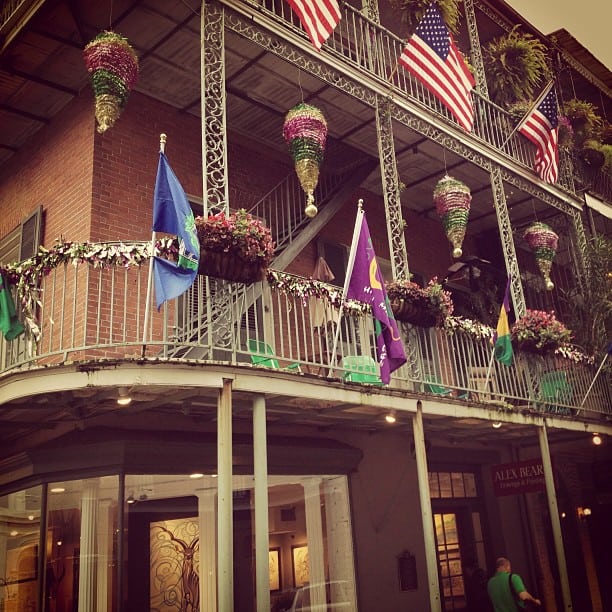 Can’t be in New Orleans without trying beignets and cafe-au-lait at world-famous Cafe du Monde. 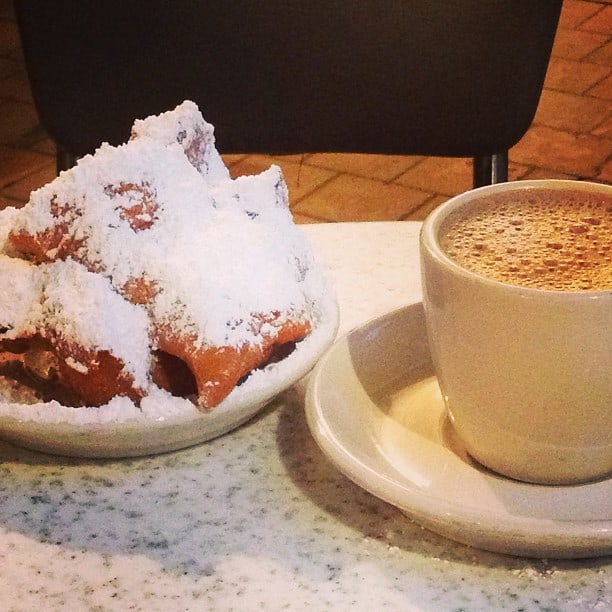 4 and 5. Art at Jackson Square

… and browse art for sale at Jackson Square. 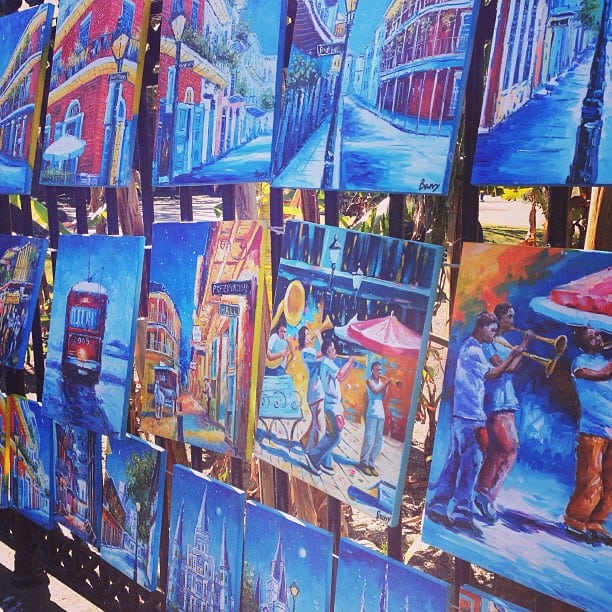 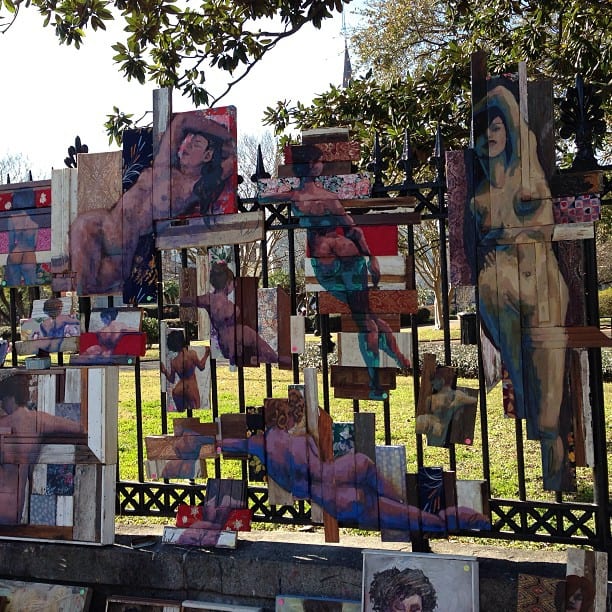 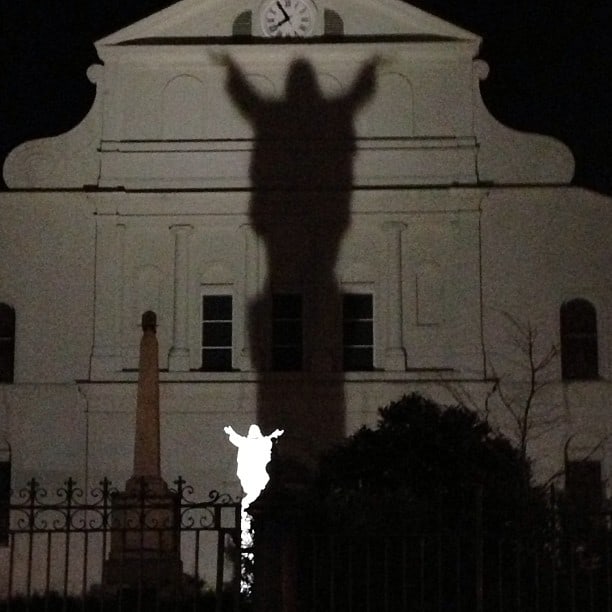 7. Ghosts at the Andrew Jackson

As is the Andrew Jackson Hotel, where ghosts of children roam. Rumour has it; they mess with your camera, too. Who knows what the naughty boys might do with your Instagram account… 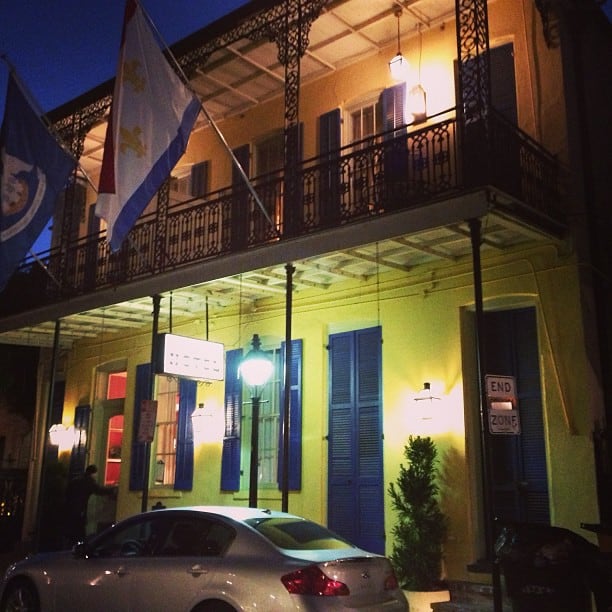 8. Take the horse to the pub

Catarina thought this gorgeous falabella named Autumn was more interesting than the ghosts. Autumn hangs out at a bar called Lafitte’s Blacksmith shop, another haunted house. 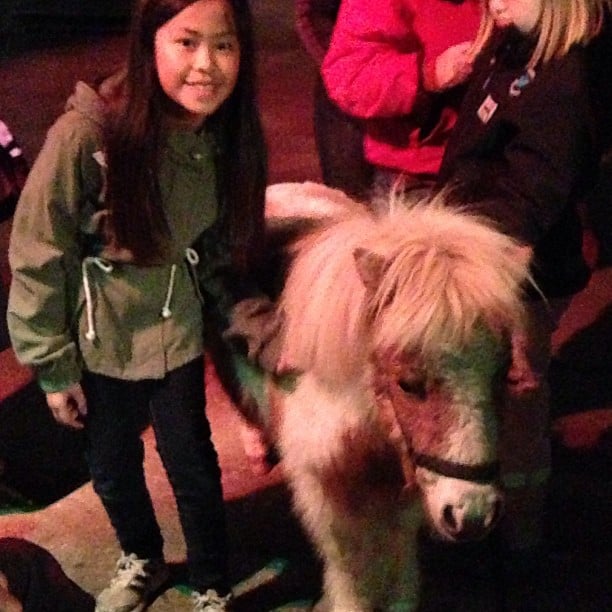 9. Cafe Maspero – once a slave exchange…

The super popular Cafe Maspero was once a slave exchange. 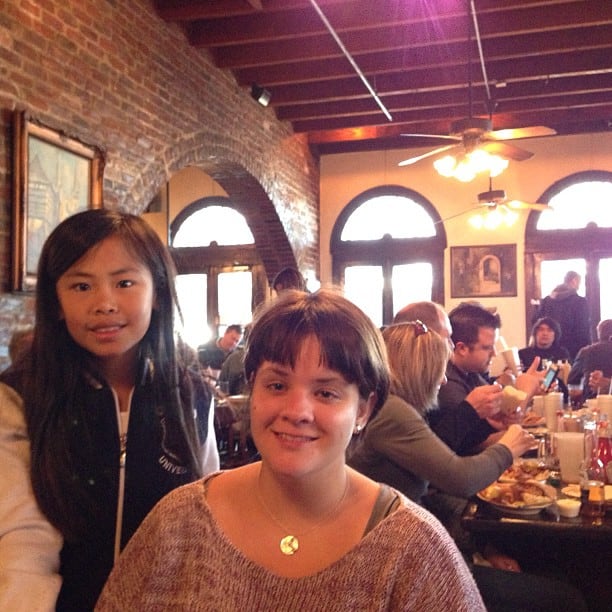 … these days locals queue for the enormous muffaletta-sandwiches and other Cajun fare. 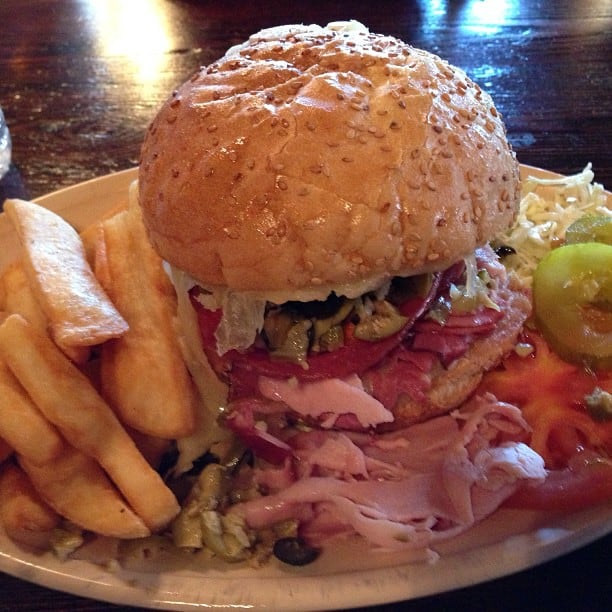 Up the Mississippi a bit, is the Malus-Beauregard House, a small plantation on what was once the site of the last battle of the War of 1812. 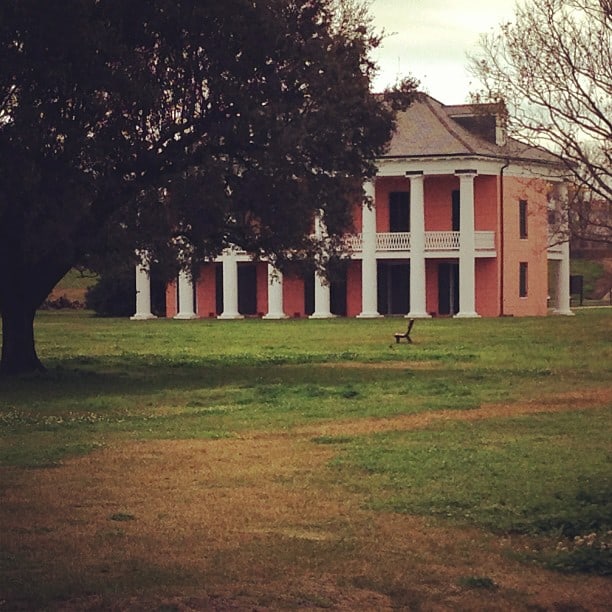 12. View from the plantation

View from the plantation over Chalmette battlefield. 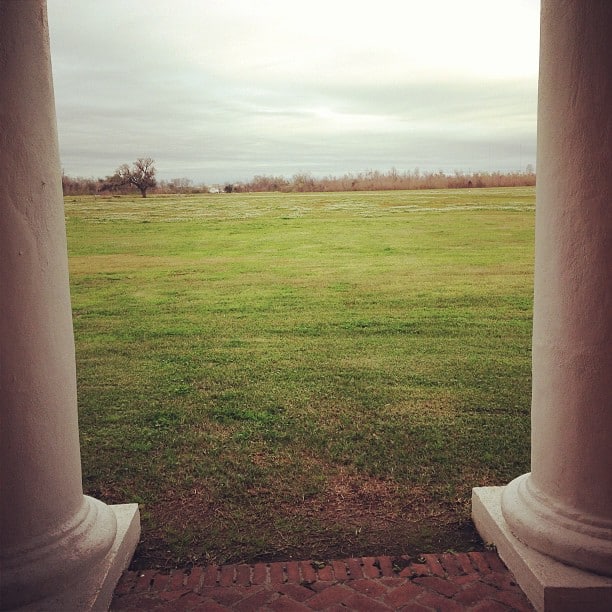 13. And then there’s Mardi Gras

We arrived in town a little late for Mardi Gras, but left-overs were all around, like beads in trees. In fact, heaps of beads, everywhere. 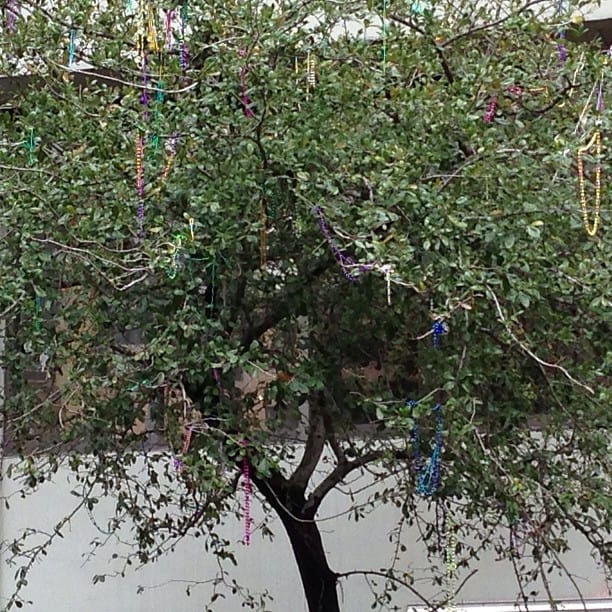 Preparations for next year’s event is in full swing at Mardi Gras World, one of 18 warehouses chock full of weird and wonderful accoutrements. 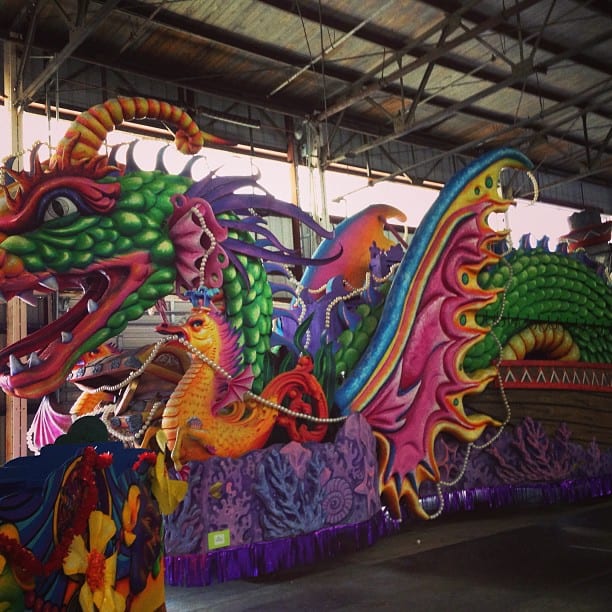 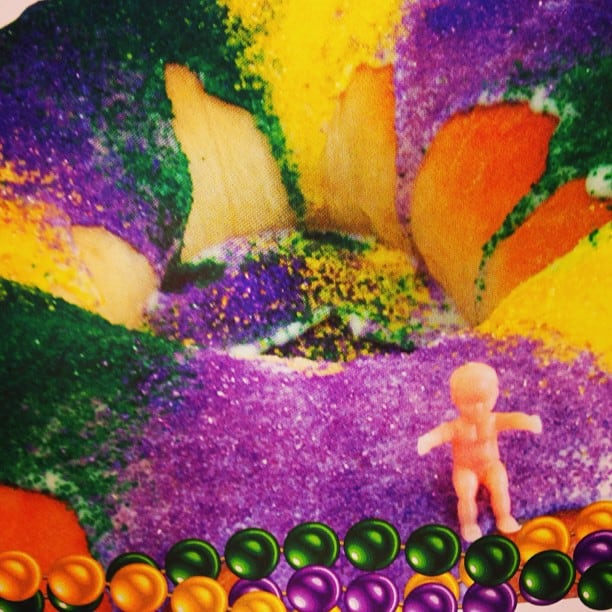 Have you been in New Orleans?

Disclosure: In New Orleans, we were guests of New Orleans Convention & Visitors Bureau. As ever, we’re free to write about anything that takes our fancy.